DELAWARE COUNTY, Pa. (CBS) — The National Transportation Safety Board is investigating after dozens of people were injured in a high-speed SEPTA train crash in Upper Darby early Tuesday morning.

Thirty-three people were injured in the crash which happened around 12:10 a.m. at the 69th Street Terminal. Four of them were critically injured and taken to Pennsylvania Hospital and Lankenau Medical Center.

According to SEPTA, the Norristown high-speed line trolley was pulling into the terminal when it crashed into an empty train parked on the tracks.

"There was blood everywhere," said one passenger who identified himself as Ronnie. "There was this driver all banged up and there was this one girl bleeding out of her face pretty bad."

Ronnie said he was waiting for the train when something seemed off.

"I was waiting at Gulph Mills, the train came by and blew past us about two or three train lengths -- stopped, backed up and picked us up," Ronnie said. "The same thing happened at Bryn Mawr — drove past, backed up, picked us up. We got to the terminal, I stood up to get off and smack."

Passenger Raymond Woodard was knocked unconscious in the crash.

"I fell asleep coming from work, I heard the the train going super fast. I look up and see we are at 69th Street and thought, 'Why are we going so fast?' Then we just hit the train, boom," he said.

Woodard added, "I'm super lucky because it was super bloody. The driver was all banged up and there was this one girl bleeding out of her face -- pretty bad. "

The NTSB says video evidence will aid in their investigation.

"Onboard video recorders from the two rail cars involved have been downloaded and they will be sent to our vehicle recorder lab in D.C. for further analysis," said Payan.

Payan says an 8-member will comb through the evidence over the next four-five days.

"We will not be determining the cause of this accident while we are here on the scene," he said. "We are going to be here on scene for four or five days collecting evidence. Once we finish here we will continue the investigation back at our home headquarters in Washington, D.C." 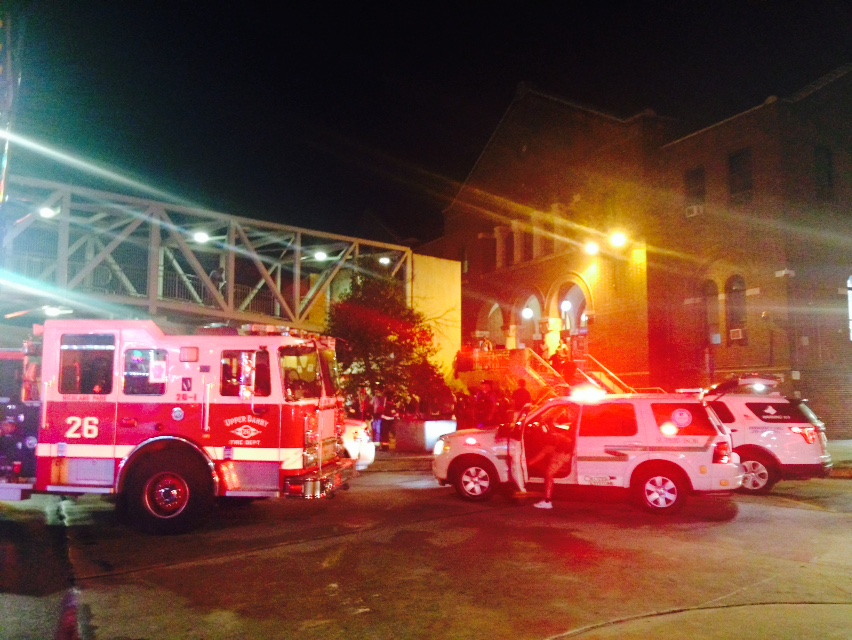 It unknown, so far, how fast the train was traveling and why it kept blowing past each terminal.

SEPTA's Norristown High Speed Line is operating between 69th Street and Norristown Transportation Centers.  Trains are operating local service only, every 15 to 20 minutes. There is no express service.