PHILADELPHIA (CBS) -- Philadelphia Police Commissioner Charles Ramsey addressed the media Wednesday afternoon to discuss details of the 'Basement of Horror' case, saying what he had seen was "absolutely the worst thing you will see in terms of what one individual can do to another."

As Mayor Nutter learned about the abuse of children and adults, allegedly at the hands of Linda Weston, her daughter and two men, he said - "I'm not sure horrific covers it. This is sheer madness... I think this is quite possibly one of the most visible signs of man's inhumanity to man."

On Monday, Ramsey gave reporters a first-hand look at the dungeon-like sub-basement in which police say the victims were held captive.It was dirty, dark and cramped.

It is said to be a small boiler room about 6 feet tall and 15 feet wide.

Police say the four victims were forced to live in it without ventilation or sunlight. The victims slept on make-shift beds, had only water to drink and they may have been kept there since early October.

Ramsey told reporters, "For someone to do that to another human being, it's very, very disturbing."

Breaking Down Who's Who In This Case: 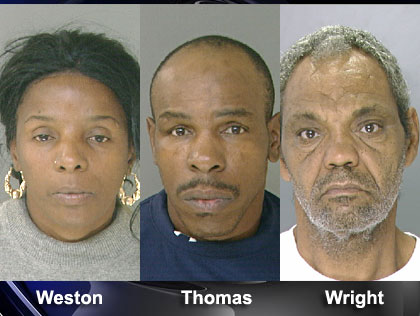 Linda Ann Weston, 51, from the 2500 block of North 29th Street. The alleged ringleader of the "Basement of Horror" case.

* Saturday, October 15, Tamara Breeden, Derwin McLemire, and Herbert Knowles, were found locked inside a room in the basement of a home in the 4700 block of Longshore Avenue, Saturday in the Tacony section of Northeast Philadelphia. 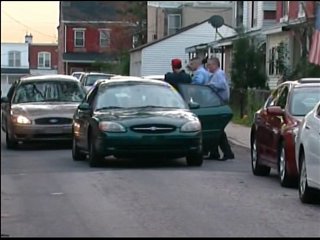 * On Tuesday, October 18, 12 people were taken into custody — including eight children ranging in age from two to 19. The 19-year old, Beatrice Weston, is the niece of Linda Ann Weston and daughter of Vicky Weston. Police say Beatrice is one of the most severely tortured, mistreated, malnourished victims they have ever seen. According to Police Lieutenant Ray Evers, she was in Linda Weston's care and had fractures, burn marks, pellet wounds and scars all over her body. More

* Bernardo Ramos, father of Venus Weston's child. In 1981, Linda Ann Weston beat Ramos with a hammer and left him to die in a closet.

* Venus Weston – Sister of Linda Weston and codefendant in the 1981 murder case of Bernardo Ramos. More

* Anna Rotondo, lives in the former home of Linda Ann Weston where for as long as five years, she received Social Security statements and Medicare bills for people with "at least four to six different names." More