MERCER COUNTY, N.J. (CBS) -- The Garden State saw flooding in Mercer County over the weekend thanks to Tropical Storm Henri. At first sight, it's almost unimaginable that this flooded residential street was once passable. 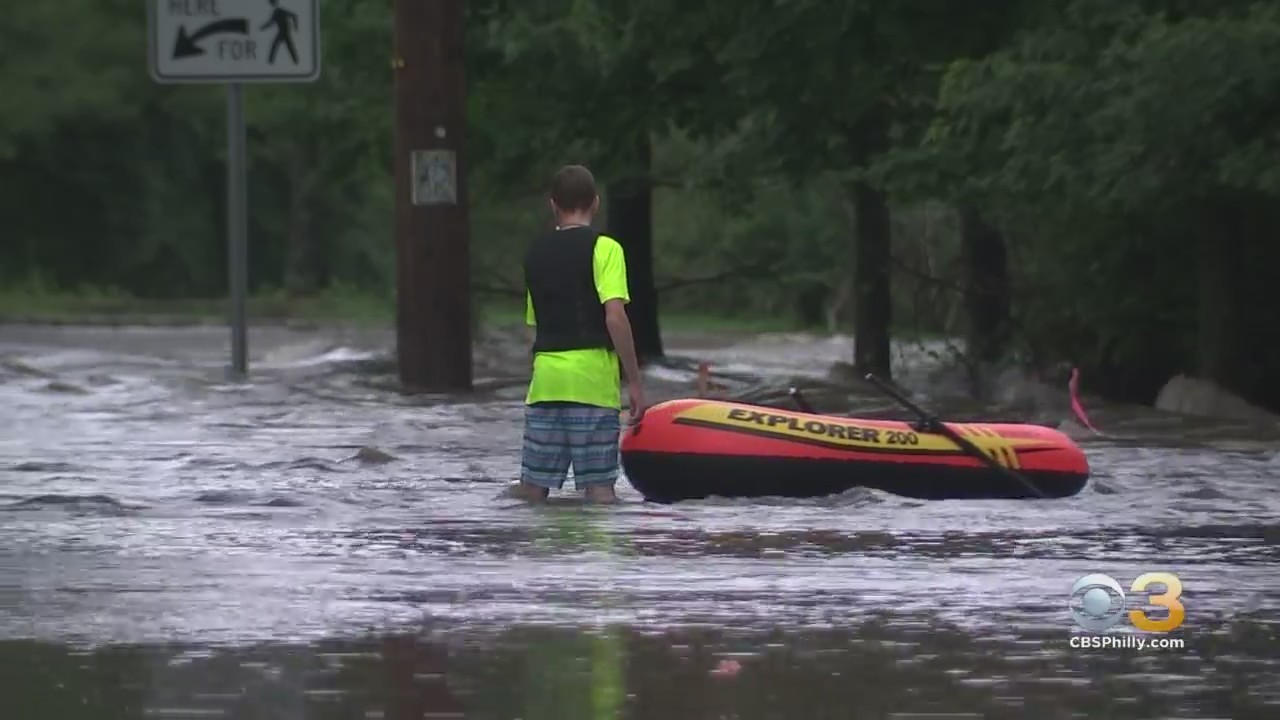 "It's unbelievable," Laurie Avino said. "We haven't seen this since Sandy."

The sentiments are all the same in Middlesex and Mercer Counties after Henri dropped massive amounts of rain throughout the region.

"So it rained last night starting around like 1 o'clock probably until 8, a couple of flash flood warnings came across the phone really loud around like 3 a.m.," Ranson said.

The flooding is so severe on Maple Avenue in Ewing, Samong Park and his friends came out looking for minnow fish to go fishing.

"We came across this and we were just startled and just checked it out," Park said.

Another guy CBS3 saw attempted to take this tube out for a spin.

"There's a guy in the water who is just crazy because you can see how it is just flowing," Avino said.

Residents say this was not like this hours ago. The conditions are changing quickly.

The current is strong and if you can hear it sounds just like a river and right across the street residents tell CBS3 someone is still in their home that is flooded.

"Yeah you can see someone standing out on their porch, it's a shame," Avino said.

Less than a mile away, cars were making an about-face as orange cones blocked flooded streets to prevent any temptation to test the water.

Companies like Public Service Enterprise Group have reminded people that downed power lines can potentially be hidden in standing water. First responders are urging drivers to choose another path to protect themselves and others.

"Don't do it, don't do it," Lynn Moore said. "My girlfriend lost her car that way, so I'm very careful."