TRENTON, N.J. (CBS) -- The search continues for the gunman who shot and killed a 9-year-old girl in Trenton. She was struck by a stray bullet while playing outside her home. The girl's mother is making an emotional plea for justice.

Officials say there were a number of witnesses when the shooting began and now Sequoya's mother is pleading for someone to come forward.

"He shot off two rounds first, everybody scattered, and then he shot off another four rounds and my daughter got hit," Shea Bacon-Jones said. 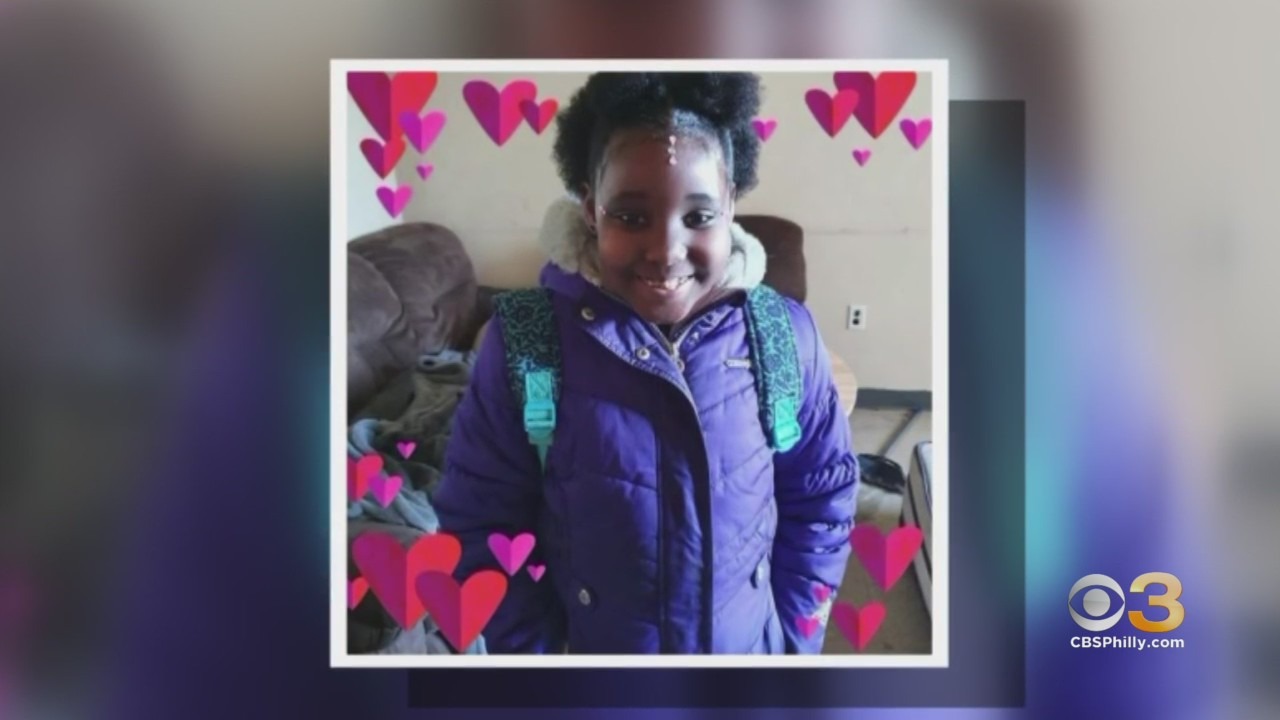 The mother of Sequoya Bacon-Jones described what happened moments after a stray bullet struck and killed her 9-year-old daughter, who was outside playing with her brother in the common area of their Cooper Street apartment. Police say a fight among a large group gathered nearby broke out and someone started firing.

"I run up and my baby is laying on the ground covered in blood. She's not crying at all, she's just like moaning and she's reaching for me and I'm like I can't believe what I'm looking at. It's not really happening, but it's really happening," Bacon-Jones said.

On Monday afternoon, Mercer County homicide detectives continued to gather evidence as a memorial of teddy bears, candles and chalk messages grows outside her home.

Flags at Parker Elementary also flew at half staff where the fourth-grade STEM student who wanted to grow up and become a police officer attended a father-daughter dance with her pop-pop just last week.

"She picked out her dress because she wanted it to match her shoes," Bacon-Jones said.

Officials say a number of witnesses say the shooting and are currently reviewing cameras in the area.

"Everybody who was out there knows who did this. Why wouldn't you come forward and say who shot this little girl?" she asked.

Now as she begins the task of planning a funeral, Sequoya's mother is comforted with memories of her daughter's big smile and even bigger heart.

"It's impossible to not remember her. She brought so much light and life to everybody that came into contact with her. It's a tragedy if you didn't get to meet my daughter," Bacon-Jones said.

No one else was injured in the shooting.

Anyone with information can anonymously report it to Trenton police or the Mercer County Prosecutor's Office.