The winds were so strong that they carried other people's sheds and fences onto their neighbors' yards. After seeing all this, folks say it's a blessing no one was injured.

Marcy Schanne watched crews carefully as they removed a tree leaning on her neighbor's house. She's stunned by the strength of Thursday morning's storm.

"It kind of sounded like a freight train coming through. The wind howled. I've never heard it like that before and we jumped up and came downstairs and you could see things flying around out the window. And when it started to calm a little bit, then we came out," she said.

The National Weather Service says what Schanne saw was an EF-1 tornado with peak winds of 90 miles per hour.

Carl D'Argenzio says even though he's been clearing trees for 30 years this tornado is like nothing he's ever seen.

"It zeroed in on this development, in this section of the development. It hit and it left so yeah, a lot of lucky people," he said.

D'Argenzio says this tornado shows why it's so important for homeowners to trim and prune their trees.

"If something doesn't look right to you, you see dead in it, get it rectified first because this is what could happen," he said. 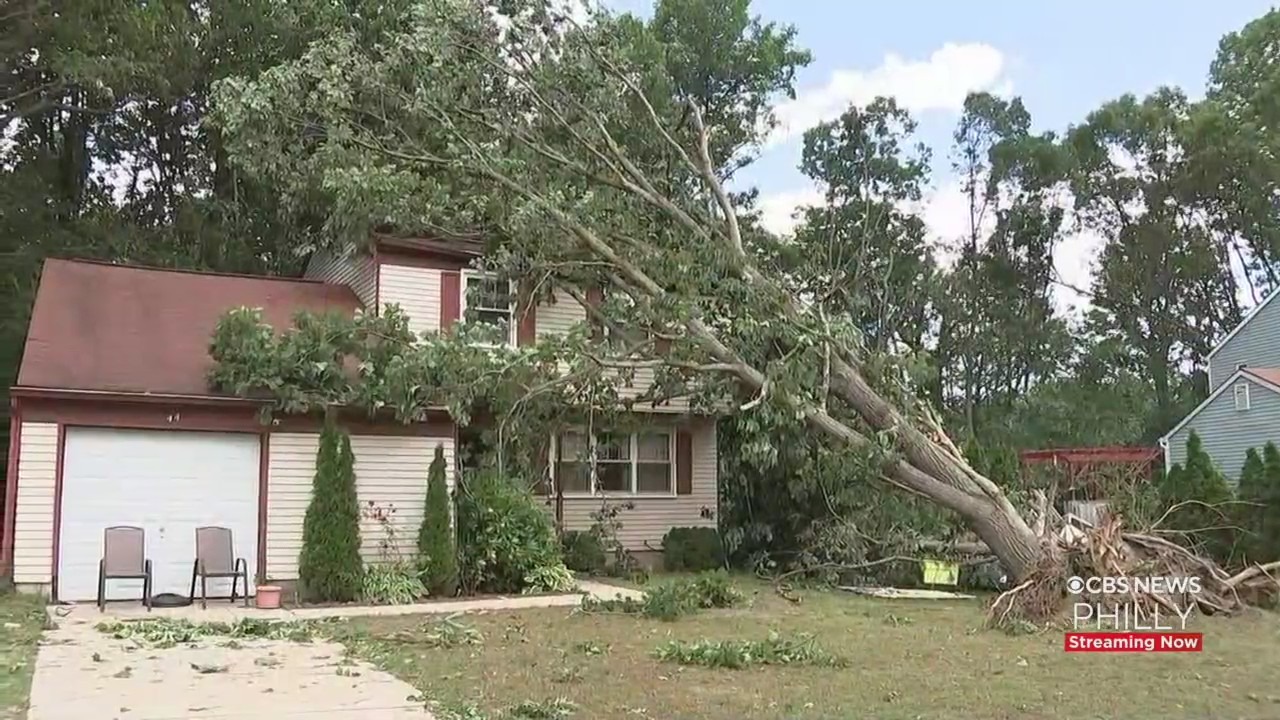 Meanwhile, Schanne is choosing to look on the bright side.

"We are really blessed because no one was hurt. It was all property and it can all be replaced," she said.