The Philadelphia City Archive ranks as one of the nation's largest municipal archives, housing approximately 2 million photos dating from the late 19th-century. Today, Philadelphia is home to thousands of professional photographers, a number of them surpassing portraiture and historical preservation to create true art. These artists' images go beyond a realistic snapshot of the subject; they're the best artistic photographers in Philadelphia.

Earth Light Images photographer Armond Scavo specializes in imaginary landscapes, large-format images of jasper stones rendered as painted landscapes. His compositions give the impression of everything from works from Oriental scroll paintings to arabesque images of the 13th century. With influences including Georgia O' Keefe, Ernst Haas and Ray K. Metzker, under whom he trained, Scavo has won awards from the New Jersey Center for the Visual Arts, Chestnut Hill Art Association and Mid-Atlantic Arts Council. In addition to his imaginary landscapes series, some of Scavo's favorite subjects to photograph are florals, seascapes and Philadelphia cityscapes. His photos are available at art shows, online and at his gallery.

Chris Crisman was born and raised in Pennsylvania and is inspired by small town America and its residents. He specializes in environmental portraiture, with works appearing in a host of publications, including "Field & Stream," "Popular Science" and "O, The Oprah Magazine," even photographing such celebrities as Jane Goodall, Sebastian Vettel and Al Gore. His compositions have been recognized by Communication Arts, American Photography, Photo District News and the International Photography Awards. Many of his oft-times witty pieces depict ordinary people in their favorite habitats, while other works capture the beauty of simple landscapes. Studio and print sales are available for purchase at his Philadelphia studio. 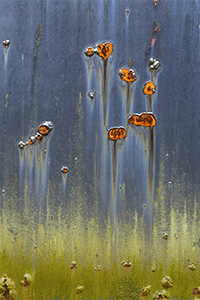 Alyssha Eve Csuk is a graduate of Rochester Institute of Technology in Rochester, N.Y., the home of Eastman Kodak. Influenced by music composer Philip Glass, this young artist specializes in abstract art. Her abstract portraits of the defunct Bethlehem Steel mill, which were featured in the New York Times and American Photo, led her to explore other abandoned industrial sites. "I find that the erosive effects of the elements have transformed the facades of the mill into textural canvases," said Csuk. From industrial landscapes, her compositions now have expanded to ice forms and patterns formed by the flaking and fracturing of slate. In fact, the Slate Valley Museum in Granville, N.Y. is featuring her new abstract slate photography through Jan. 3. 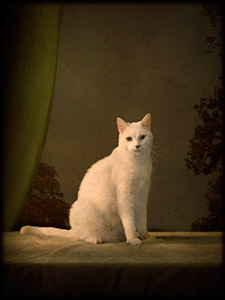 Pet portraits are Andrew Pinkham's specialty. Through the lens of Pinkhams' camera, each photograph of your favorite furry friend becomes a one-of-a-kind snapshot evoking an earlier era of power, control, wealth and prestige. With influences including John James Audubon and George Stubbs, the veteran shutterbug's work transforms your pet from a contemporary pooch to a 19th-century aristocratic canine. The end result is a piece of art reminiscent of the works of the masters.