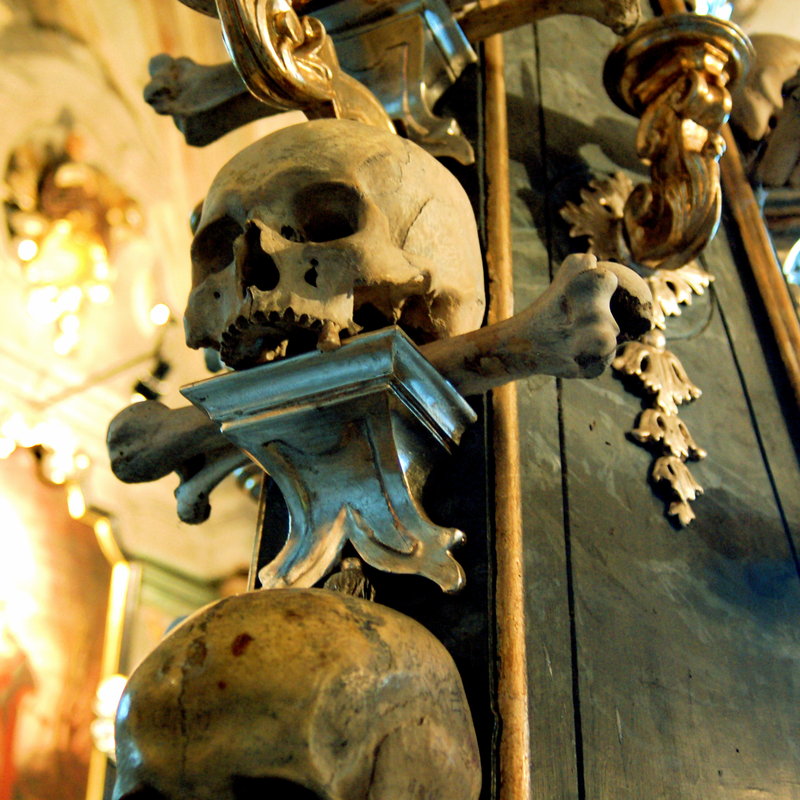 Since the dawn of man, we've struggled with one consistent problem: where do you stick someone after they've kicked the bucket? And once you've figured that out (a place with no buckets for them to hurt their feet on), after they've died?

Interment of the body's pretty much the universal custom (with the exception of viking funerals and sky burials), but nearly everyone puts their own cultural spin on things, ranging from the mundane to the mind-boggling. We've gathered up some of the world's most out-there burial sites -- "burial" being a hugely relative term. 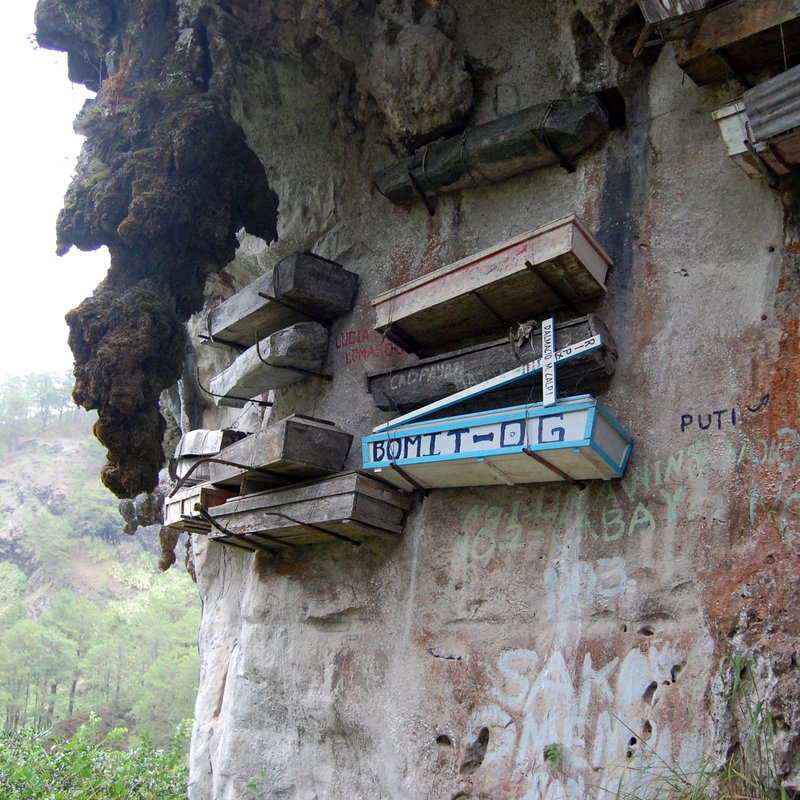 5. Hanging Coffins -- The Philippines
This ancient practice, also prevalent in China and Indonesia, sees carved wooden coffins mounted on cliff faces (or along the side of mountains). Conventional wisdom suggests it was done to keep wild animals away, but since the coffins deteriorate over time and collapse to the ground eventually anyway, perhaps conventional wisdom is not so wise.

Related: Stay At An Igloo Village In Finland 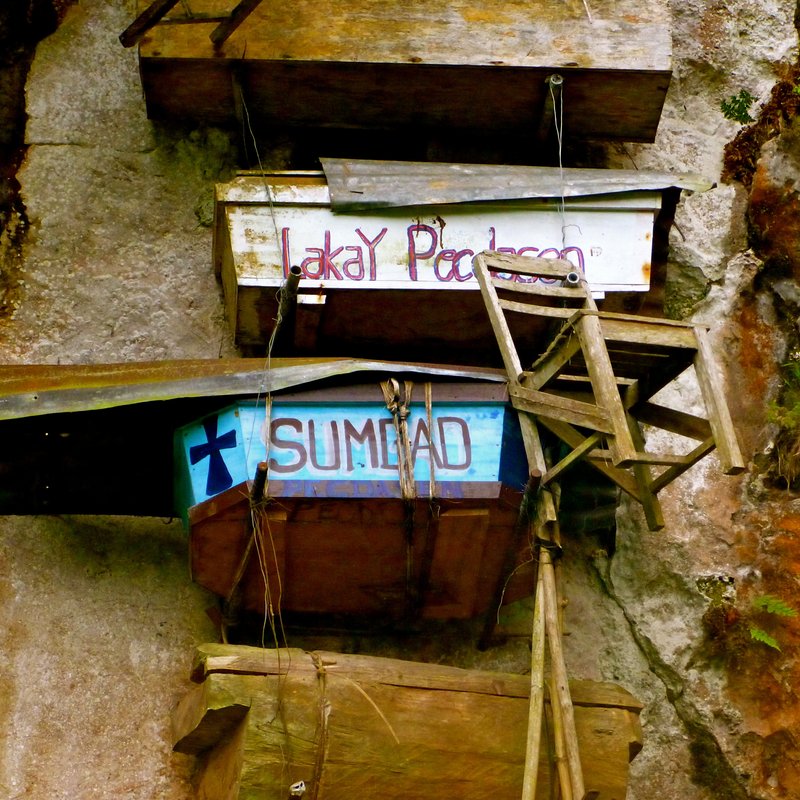 The coffins are mounted on wooden planks, and -- here's the really strange part -- are often built by the deceased prior to their death. Whether they also crafted their own hanging chairs, anybody's guess. 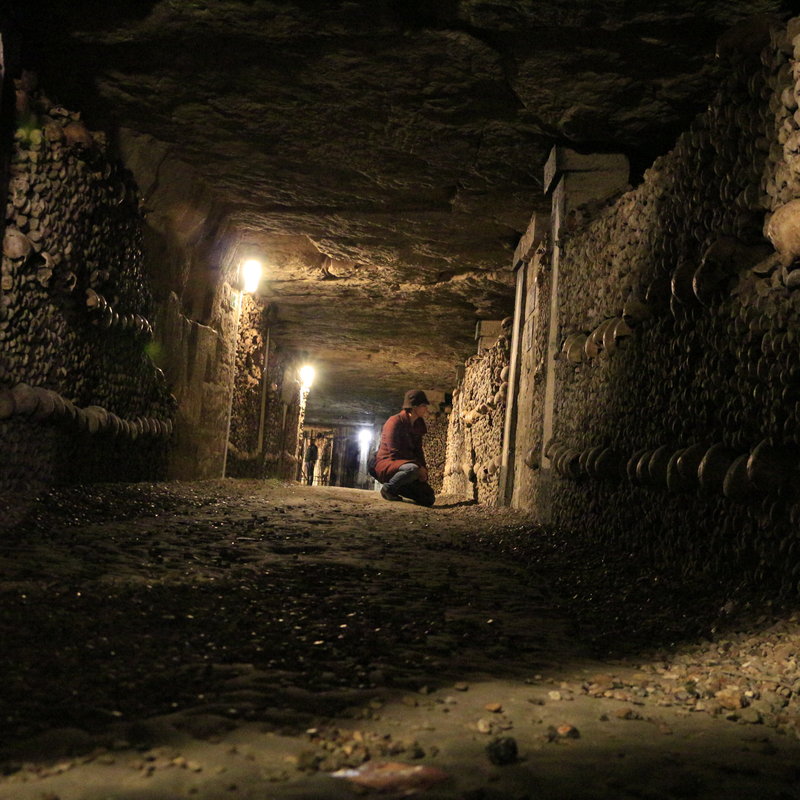 4. The Catacombs -- Paris, France
This humongous underground bone collection began in the late 18th century, when the Parisian government decided to exhume a massive grave in the center of town and transfer the bodies to the abandoned mines beneath the city. How many bodies, you ask? Six MILLION -- which's more than the entire population of Singapore. 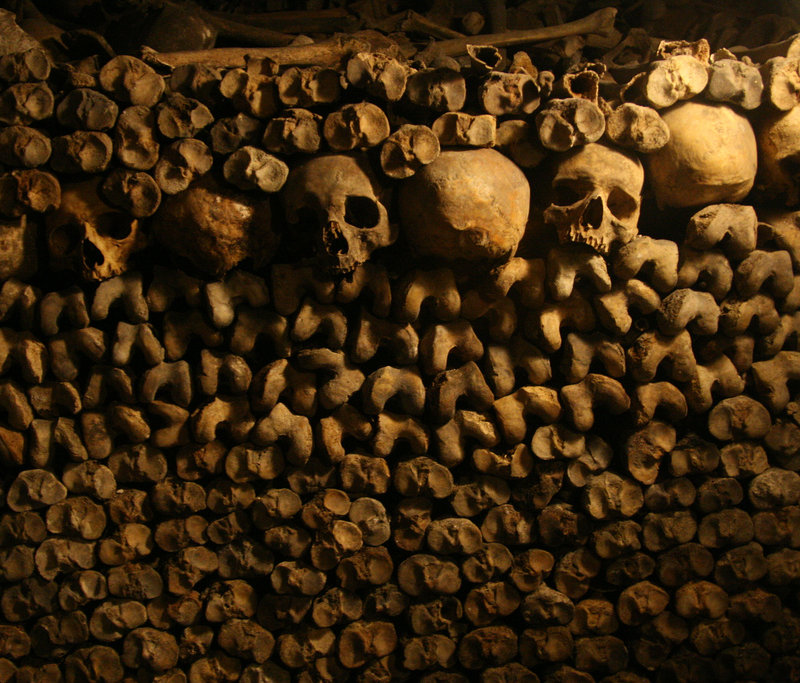 Paris' Catacombs are open to the general public, and get more than 250,000 visitors each year. Most people stick to the guided tour areas, but some madmen like to venture off on their own -- check out this found footage of a guy who got lost down there, if you feel like never sleeping again. 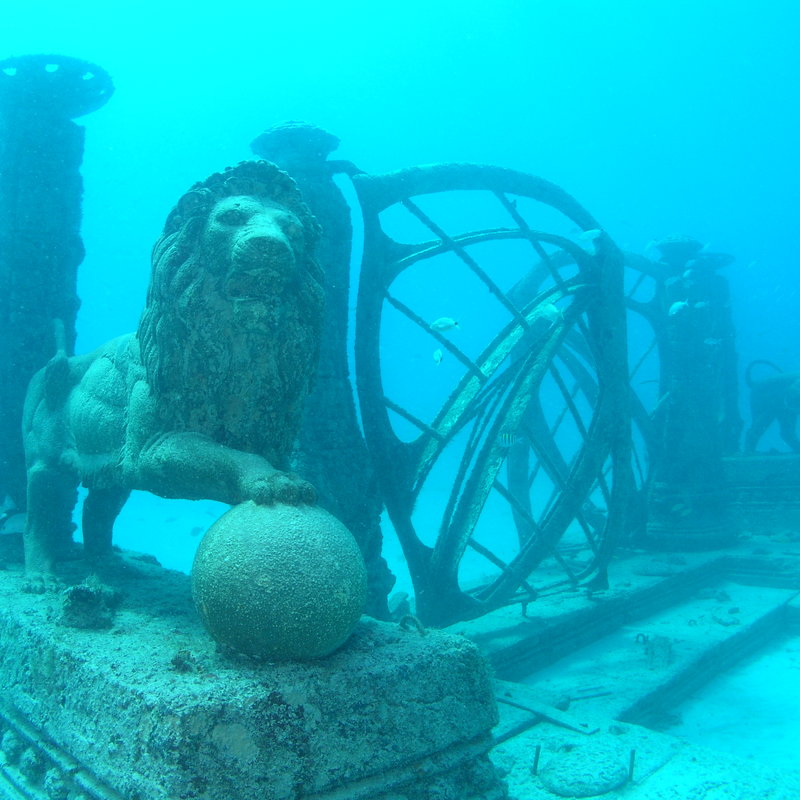 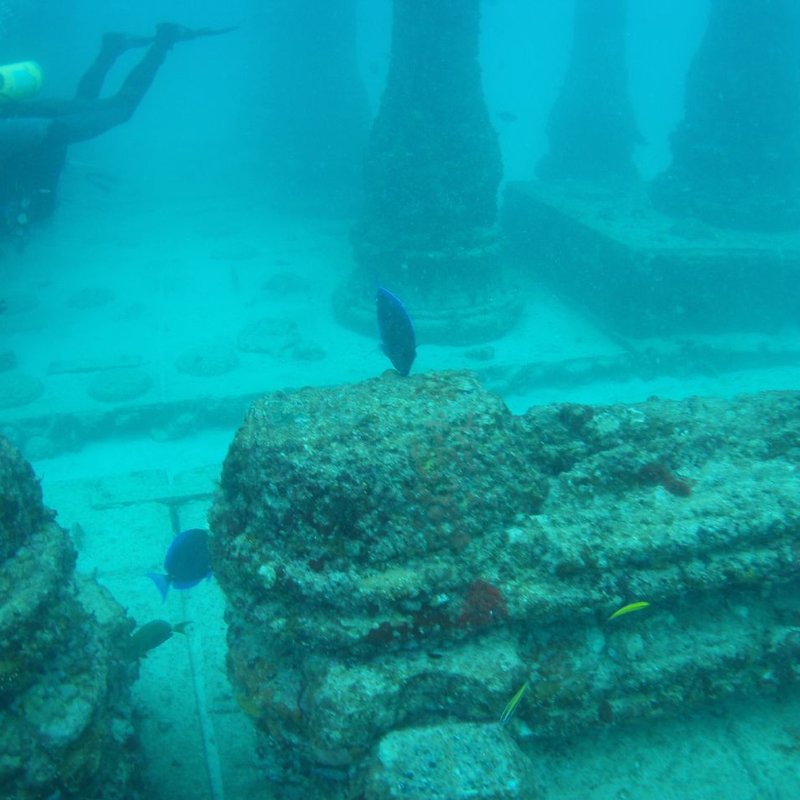 This means that not only are the dearly departed transformed into awesome undersea sculptures, they're also providing a permanent residence for marine life. As it naturally costs more to be sculpted as a lion than a bench, you're gonna want to start saving your nickels now. 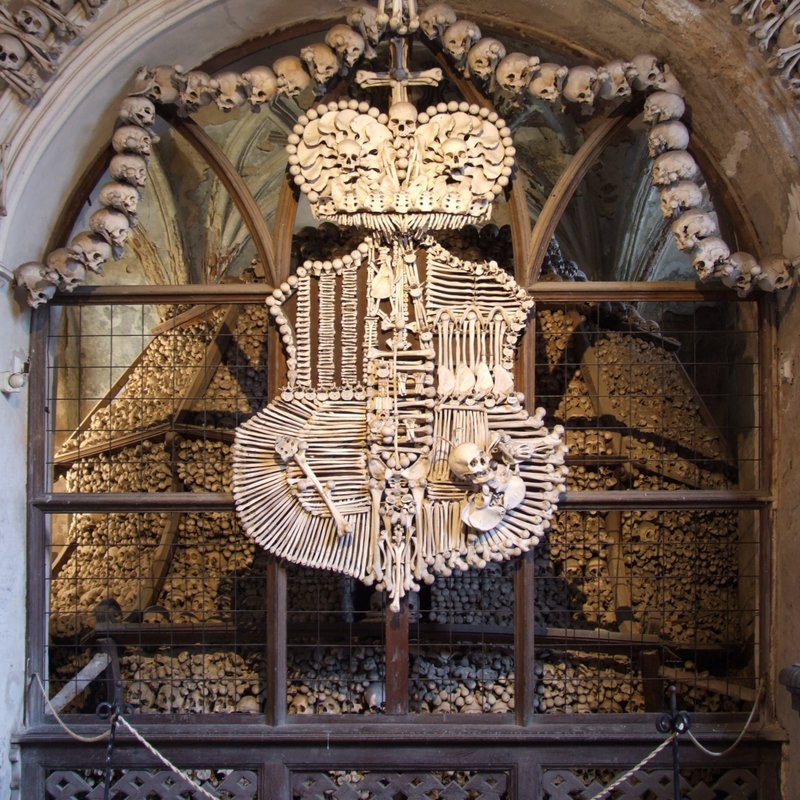 2. Sedlec Ossuary -- Sedlec, Czech Republic
Maybe you got upset when your parents dragged you to church every Sunday, but how quickly would you have lost your little mind if this was your local chapel? A true monument to the macabre, Sedlec Ossuary contains the bones of between 40,000 and 70,000 individuals -- some of them've been used to make this coat of arms, while others... 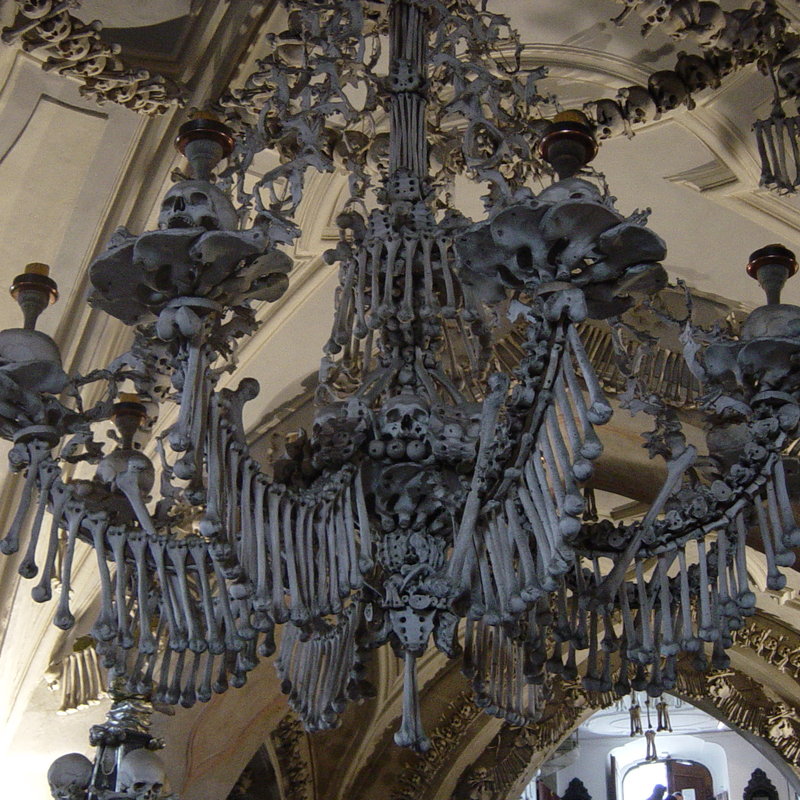 ...are artfully arranged into the most horrifying chandelier you've ever laid eyes on. It's constructed from (at least) one of every bone in the human body, and looks like the sort of thing Leatherface'd have up in his sitting room. 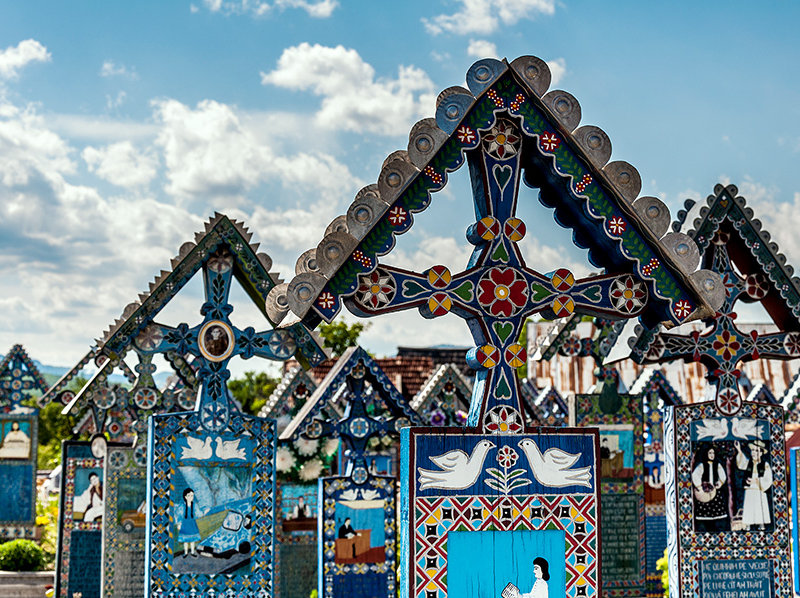 1. The Merry Cemetery -- Sapanta, Romania
So we're all used to seeing headstones, but they're usually a bit more... solemn? Gray? Not made of wood? As its name suggests, the Merry Cemetery takes the exact opposite tack from what you'd expect. Instead, it's filled with wildly colorful grave markers that often depict scenes from the lives of the deceased (or, less commonly, the manner of their death). Erm, alright then? 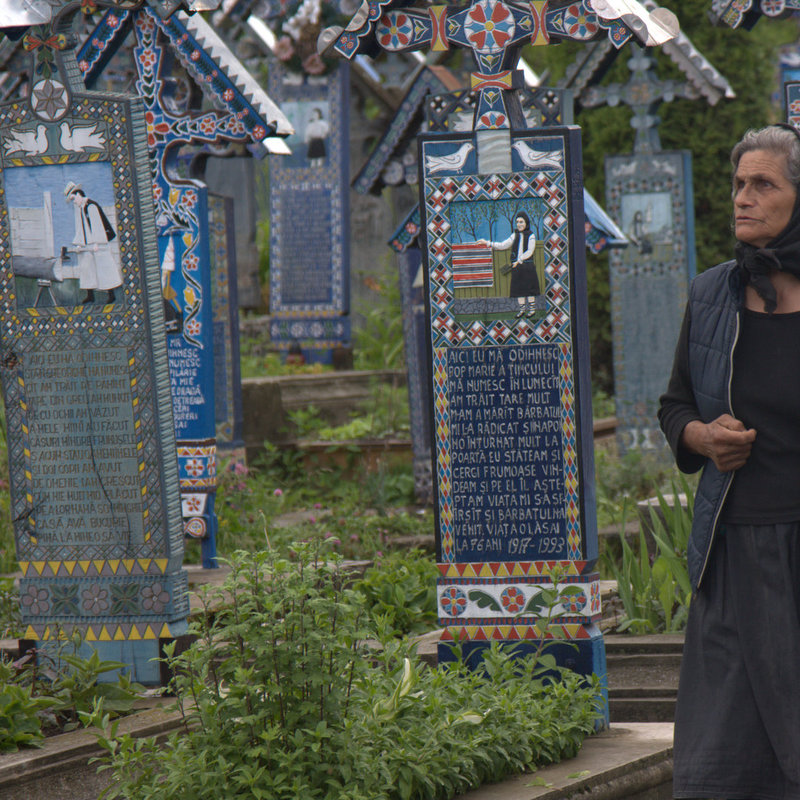 The goal here is to create a true representation of the departed's life (or death, as the case may be). While the visual might seem off-putting at first, think about it: how sweet would it be to have a headstone depicting you as you really were? Visitors to the cemetery would pass your grave and wonder, "Hey, who's that guy doing jello shots off a stripper's back? He seems legit".

Gianni Jaccoma is an editorial assistant for Thrillist travel, and his headstone would probably depict him watching cat videos on Reddit. Follow him blindly on Twitter at @gjaccoma.