PHILADELPHIA (CBS) — Arctic air has invaded the Delaware Valley yielding a brutal and bitter end to the week with high temperatures only in the 20's, and with winds gusting to 40+ mph, wind chill values in single digits.

The unrelenting air arrived in the wake of an arctic cold front which dropped in Wednesday night and generated a trace of snowfall in Philadelphia.

The temperature in the city fell below freezing by 6:00 a.m. Thursday and the mercury will not rise past this threshold until Saturday morning.

The coldest of the cold will be felt today with low temperatures in the teens and single digits and a lingering biting breeze pushing wind chill values to near and sub zero.

A Winter Weather Advisory will go into effect tonight at 10 p.m. and run through 11 a.m. Saturday. 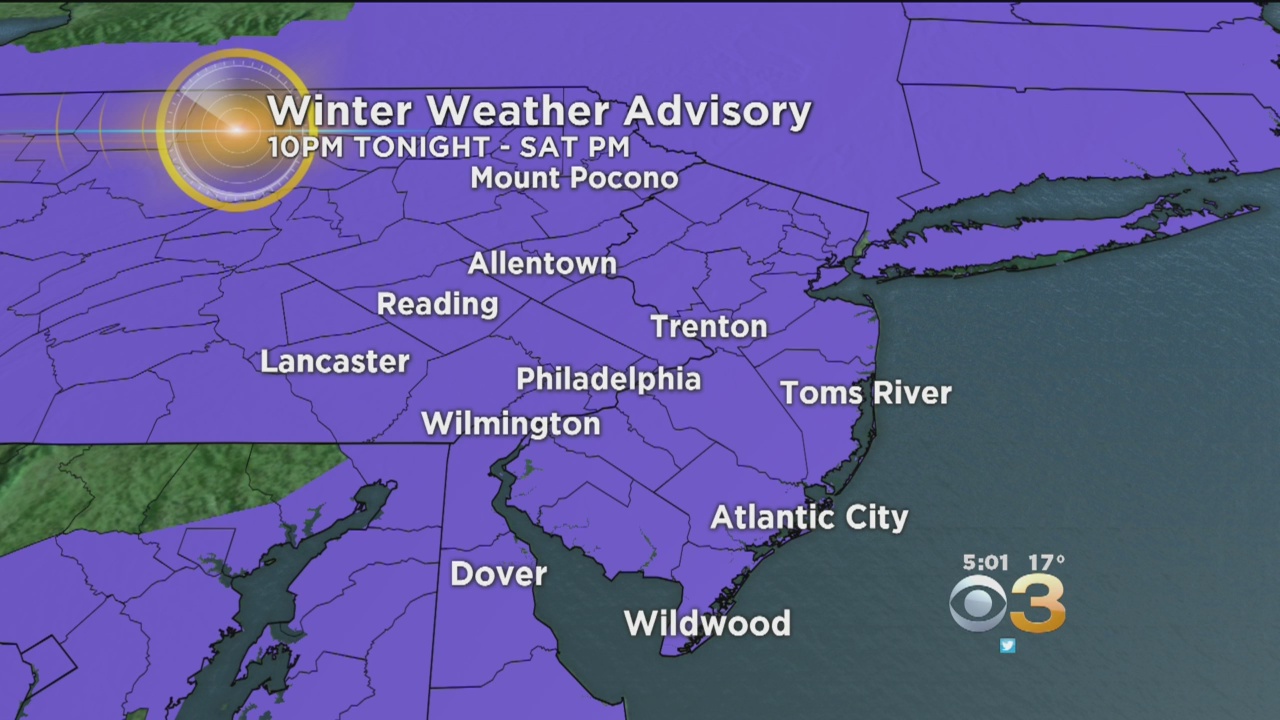 Temperatures rebound into the mid 40's on Saturday due to the passage of a warm front, but the approach of that boundary will present the threat of sleet and freezing rain across the region Saturday morning.

SNOW IN THE FORECAST 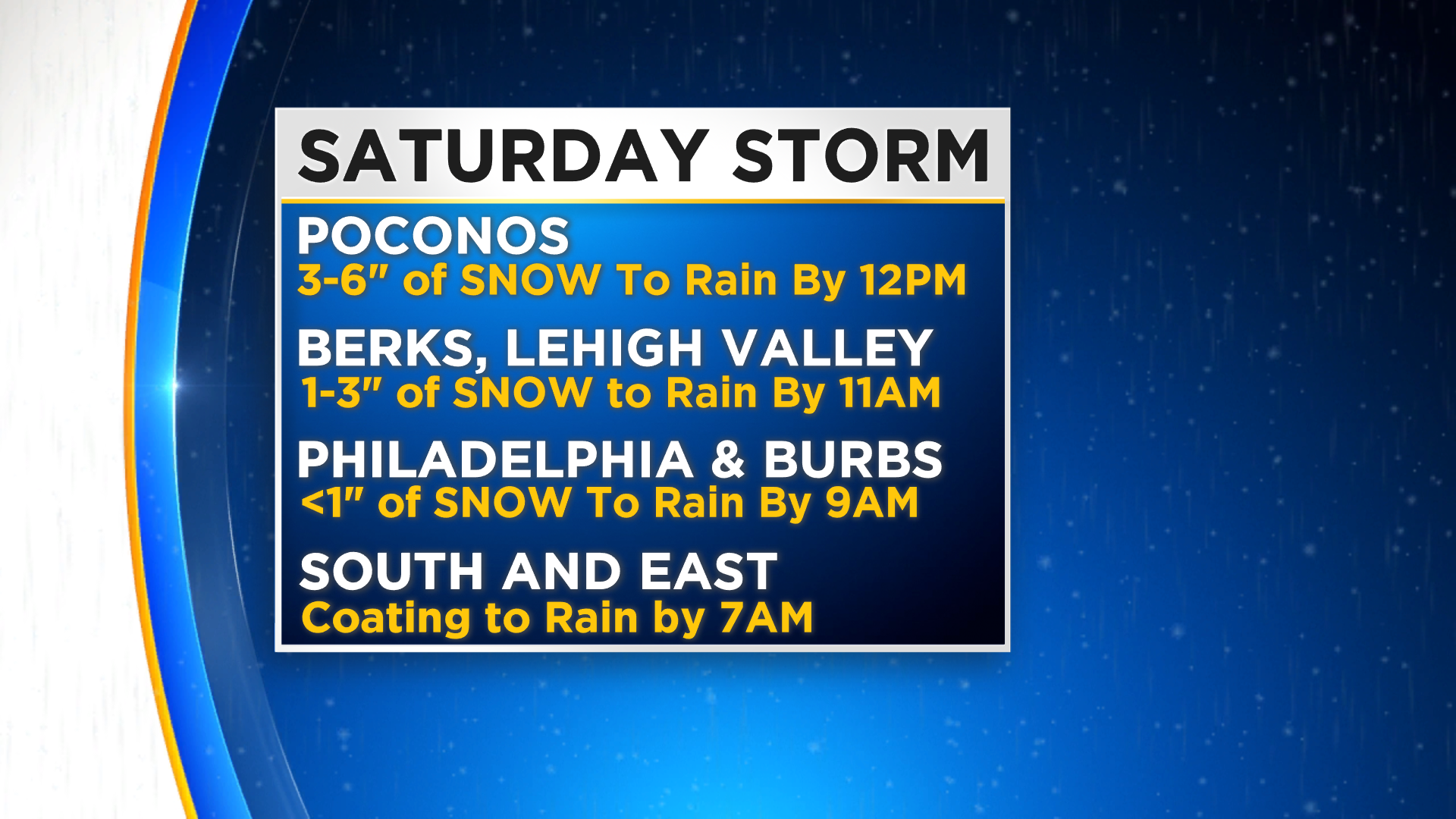 Increased moisture arrives late Friday night when any precipitation that falls will be in the form of snow, an inch or two of snow may accumulate in Philadelphia and surrounding suburbs.

A period of sleet and freezing rain appears likely the first half of Saturday morning, before the precipitation becomes all rain.

Some models are indicating that a light accumulation of ice is possible along the I-95 corridor with more significant amounts of 0.10″ to .20″ of ice possible for Berks county, the Lehigh Valley and Poconos. Expect poor travel conditions Saturday morning with slick and slippery roadways.

American Airlines has issued a travel alert at Philadelphia International Airport due to the winter storm. The airline is encouraging customers to check the status of their flight before heading to the airport.