EASTON, Pa. (CBS) - A teenager was shot during a fireworks show in Easton on Sunday night. Police say the 16-year-old victim was targeted, and they're now looking for the suspect.

The shooting happened during Heritage Day which is billed as a free family festival to celebrate life, liberty, and the pursuit of happiness. But those feelings of patriotic pride quickly disappeared when shots were fired during the fireworks show in downtown Easton.

Bystanders captured the chaos on their cell phones.

"Everybody started running and talking about a shooting. And with the way the world is today, I wasn't sticking around to find out if it was real or not,' Easton Resident Heather Webb said. "Kids were running away, moms were grabbing their kids out of strollers, leaving strollers behind. And I grabbed my husband and we ran as fast as you could. You just don't ever know." 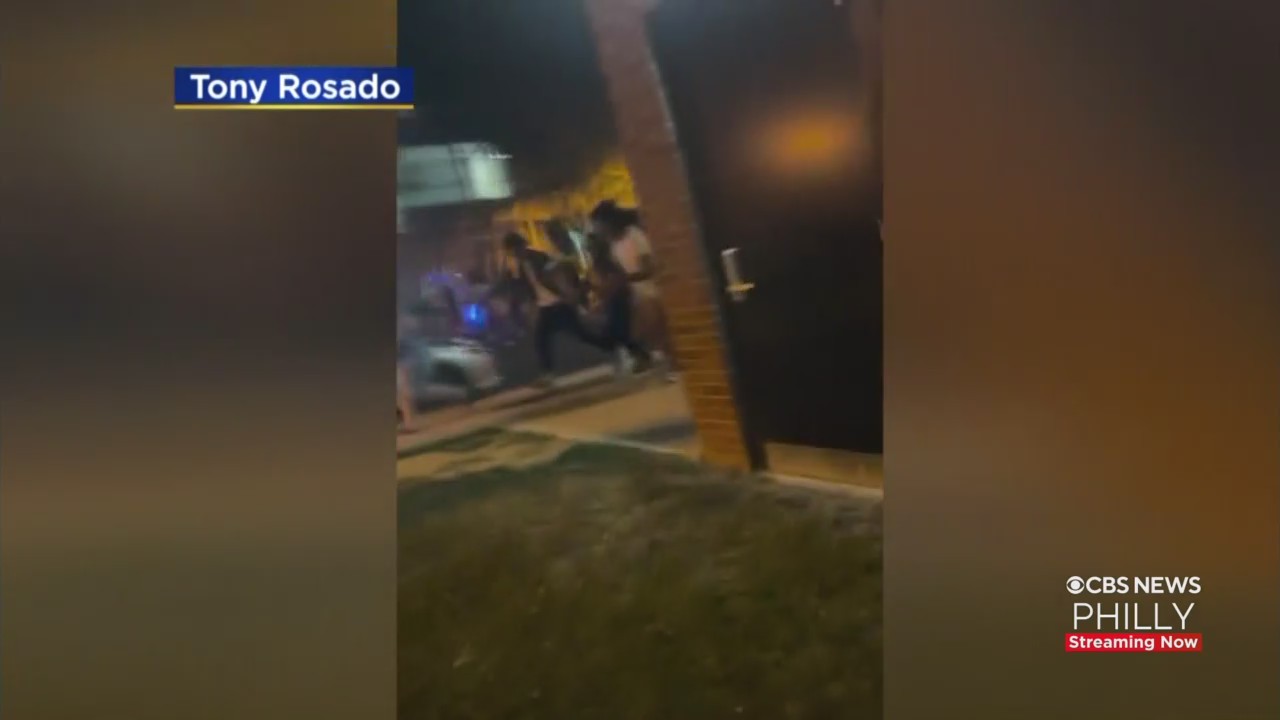 According to Easton police, officers were in the area of the 200 block of Northampton Street when they heard multiple gunshots nearby.

They found a 16-year-old suffering from a gunshot wound to the leg. He was taken to a nearby hospital for treatment and is expected to survive.

"They said he's gonna be alright, but that's beside the point. You know what I'm saying? A high school kid, another one gets shot, for what? Play games, may at someone? It's ridiculous," Easton Resident Benny McGee said.

Police say the victim and the individuals he was with were not willing to cooperate with investigators at the scene.

Police believe the victim was targeted after being involved in a larger group disturbance right before the shooting several blocks away.

Witnesses told officers, the suspected shooter is a high school-aged boy, who's about six feet tall, thin and was last seen wearing a gray hooded sweatshirt. He reportedly took off heading east on Northampton Street. Police think he may have crossed into Philipsburg, New Jersey.

Police are still searching for a suspect. They're asking anyone with information or video footage to contact city detectives.

Meanwhile, this may trigger memories of a similar shooting at the Fourth of July celebration in Philadelphia one week ago. Shortly after the fireworks show started, gunshots rang out, sending thousands of people scrambling for safety. Two police officers were grazed by bullets but they're expected to be OK. That shooting is still under investigation and the Philadelphia Fraternal Order of Police Lodge #5 is offering a $20,000 reward for information leading to the arrest of the gunman responsible.