PHILADELPHIA (CBS/AP) - A 25-year-old man has been charged with committing four separate slayings over nine months, and the Philadelphia district attorney described him Friday as a "contract killer" who was paid thousands of dollars for his work. Police accused Steven M. Williams of killings that occurred in September 2018 and in February, March and May of 2019. 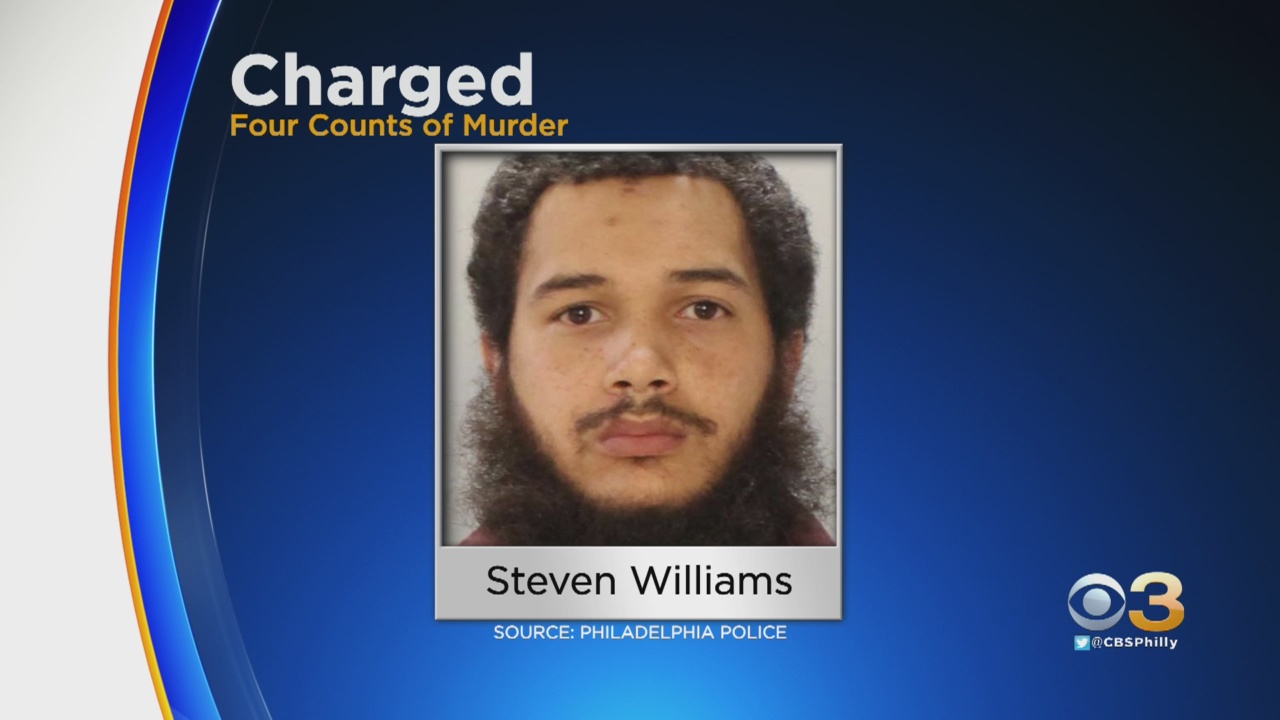 Krasner said that when the victims were shot and killed, three were in or getting out of cars and the fourth was sitting on a front porch. The killing happened in Francisville, West Oak Lane, Rawnhurst and East Mount Airy.

"His streak of wanton, violent crimes against our communities over the past two-plus years ends today," Krasner said.

A spokesman for the Defender Association of Philadelphia, which represents him, declined comment.

Williams is also accused of gun offenses and other allegations.

Police said Williams, of the 6900 block of Ogontz Avenue, was arrested Wednesday afternoon.

For a list of gun violence resources in Philadelphia, click here. (© Copyright 2020 CBS Broadcasting Inc. All Rights Reserved. The Associated Press contributed to this report.)