PHILADELPHIA (CBS) -- Employees at a Center City Starbucks store went on strike on Friday. At the heart of the issue, they say Starbucks won't recognize their recently-formed union.

Just before 6 a.m., about a dozen employees traded in their tampers and coffee cups in exchange for signs and a place in the picket line as they went on strike at the Starbucks on 12th and Walnut Streets.

"We've seen retaliation, discrimination, abuse, bullying, hazing," Kat Pfligler, a shift supervisor, said. "And we've done everything that we can and now the only thing we can do is withhold our labor."

Workers said they voted 6-1 in favor of forming a union back in January. Since then, they say Starbucks has refused to recognize their rights. 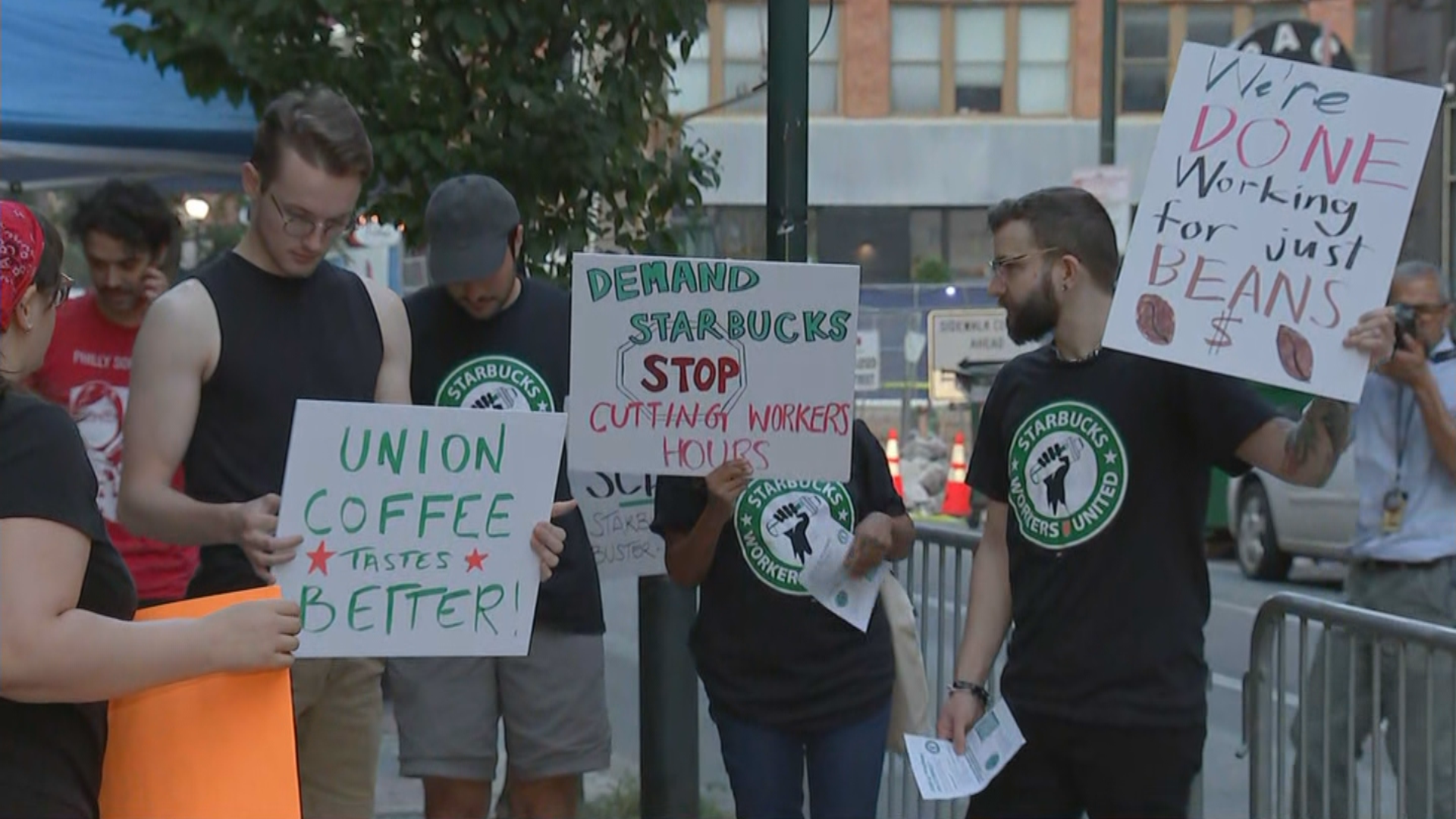 If not from Starbucks, from anyone on the street who's willing to respect their rights as union workers.

"We are people who deserve the basic level of respect and human decency," Dee Bolling, a barista trainer, said. "And people coming out to show support for us as people and not show respect for Starbucks as a company."

The workers said they haven't heard from Starbucks since going on strike.

The workers say they plan to stay on strike for 24 hours.

Starbucks released a statement in regards to the strike in Philadelphia:

"We currently have a strike happening outside the 12th and Walnut store location. Starbucks has great partners and we value their contributions. We respect our partners' right to engage in any legally protected activity or protest without retaliation. We are grateful for each partner who continues to work and we always do our best to listen to the concerns of all our partners."