PHILADELPHIA (CBS) -- A 55-year-old woman was shot multiple times in her chest and killed in South Philadelphia on Wednesday, police say. The shooting marks the 500th homicide in Philadelphia in 2021, which ties 1990 for the deadliest year in the city's history.

The shooting occurred on 7th and Jackson Streets around 4:30 p.m. 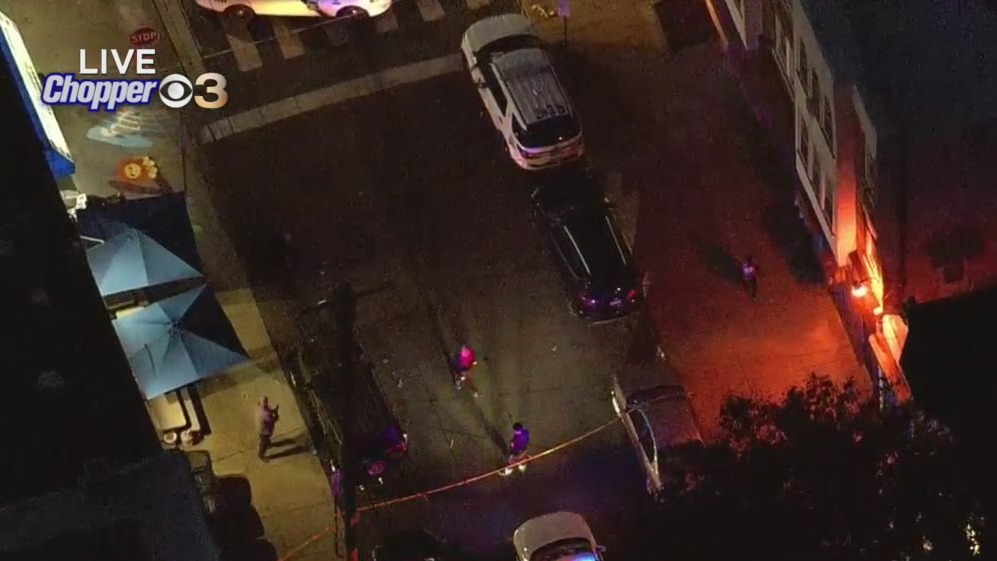 The woman was rushed to Jefferson Hospital and pronounced dead at 5:15 p.m., according to officials.

Surveillance video captured a chilling cry for help. A 55-year-old woman ran for her life before she was gunned down in South Philly.

Another angle captures a man, who police say is the woman's estranged husband, casually walking away after shooting her multiple times in the chest.

"This is a domestic incident. A male was chasing a woman on 600 block of Jackson Street, firing five times," a police official said.

This shooting marks a grim milestone of 500 homicides in Philadelphia this year. The city hasn't seen a staggering statistic like this since 1990.

"It is a number. However, we can't simply say because it's the 500th it's any more special than any of the 499 that proceeded it. Each is a life, each is a person who had family, who had friends and a life in front of them that has been snuffed out by gun violence," a police official said.

Police Commissioner Danielle Outlaw vowed to seek justice for the victim's families, saying "each and every homicide carries with it a profound sense of loss. However, for our city to have reached such a tragic milestone -- 500 lives cut short -- it carries a weight that is almost impossible to truly comprehend."

As for the latest shooting, police say they know who the suspect is thanks to cameras and witnesses and are urging him to turn himself in.