PHILADELPHIA (CBS) -- A 15-year-old girl who was shot in the head by stray gunfire earlier this week on a basketball court in Philadelphia's Tioga section has died, police say. The victim was identified as Simone-Monea Rogers from the Nicetown-Tioga neighborhood. She died just one week after her 15th birthday.

The girl's mother tells Eyewitness News her daughter was set to go to West Catholic High School after just graduating 8th grade a few months ago.

Police say she was playing basketball at the Jerome Brown Playground at 20th and West Ontario Streets just before 9 p.m. Tuesday with her brother and two friends when someone started shooting in their direction.

Police do not believe she was the intended target when she was hit by stray gunfire. 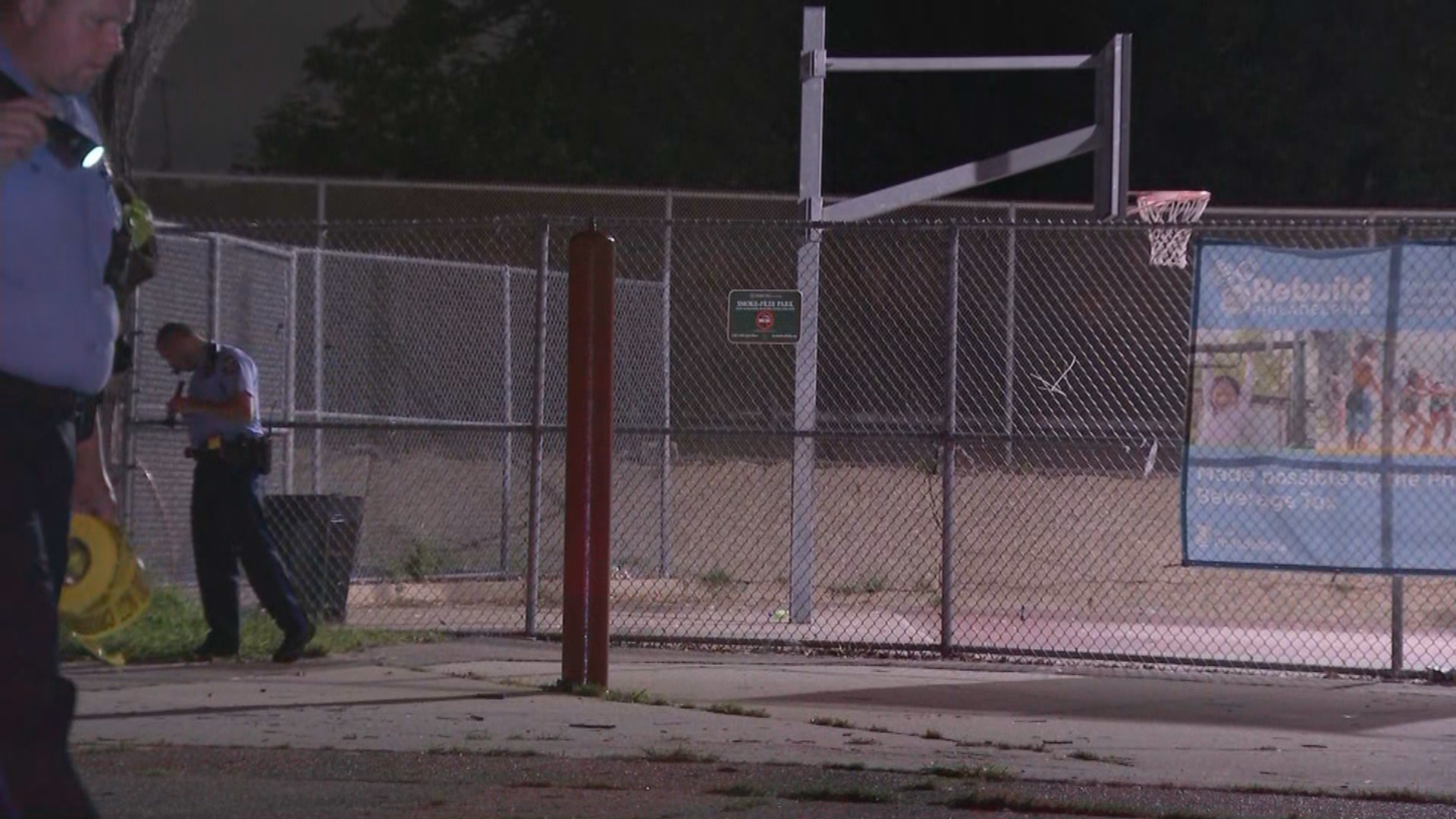 Investigators say the surveillance video also shows at least 10 other people at the playground when the gunfire erupted. But no one except Rogers remained when police arrived.

"When police arrived in location, she was laying face down in the basketball court all by herself," Small said.

The teenager was rushed to Temple University Hospital where she was initially listed in extremely critical condition, but she was pronounced dead on Wednesday night.

Detectives continue to review surveillance video, hoping to catch a glimpse of the person or people responsible.

Police are also trying to determine a motive behind this act that has once again impacted a child and her community forever.

"She's known to the staff here. They say that she's a really nice girl," Small said. "She also lives one half a block away from this location where she was shot."

District Councilwoman Cindy Bass visited the court Friday to see the makeshift memorial in Simone-Monea's honor. She described the loss as "heartbreaking" and called on mothers to be proactive against youth-led gun violence in the city.

"These are young people who are primarily doing the shootings. They live with us. They live with you. And so we want you to run through that room and make sure that we know if you have a gun in your household get it out," Bass said.

Police are still searching for the gunman. They need those people who were at the basketball court on Tuesday night to step forward as eyewitnesses. Anyone with information should call police.

No weapons have been recovered and no arrests have been made at this time.

Matt Petrillo and Jan Carabeo contributed to this report.