SURF CITY, N.J. (CBS) -- A Pennsylvania woman has been charged with two counts of murder for allegedly killing her father and another woman who were found dead in a Surf City home. Sherry Heffernan, 55, of Landenberg, Pennsylvania, has been charged with murder and other charges in relation to the deaths of her father, 87-year-old John Enders, and his girlfriend, 75-year-old Francoise Pitoy, the Ocean County Prosecutor's Office announced Tuesday. 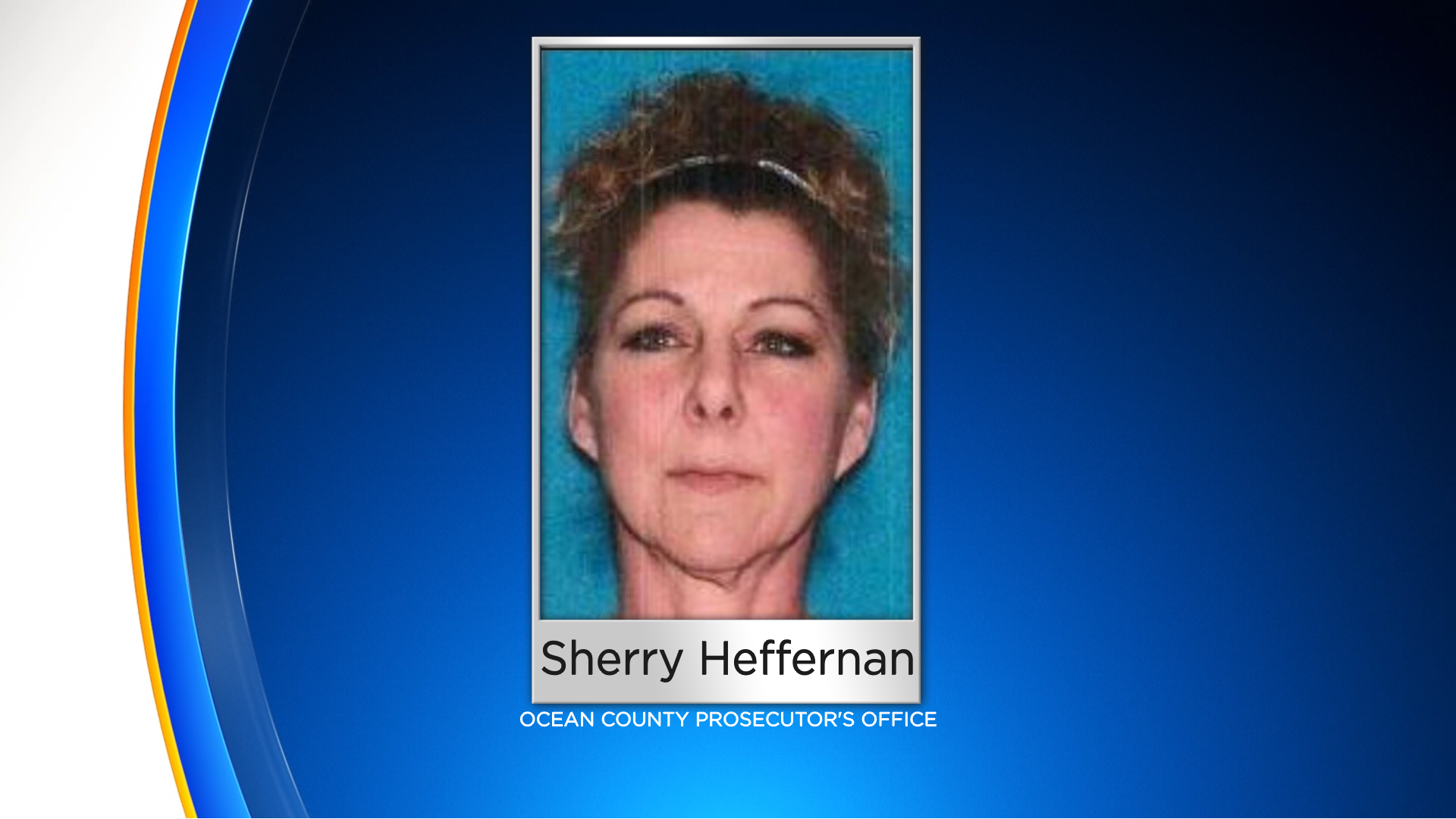 Officers from the Surf City Police Department went to a home on North 7th Street in Surf City to conduct a welfare check on Sunday afternoon.

When they arrived, officers located the bodies of Enders and Pitoy. Their bodies had each suffered multiple stab wounds, according to officials. Enders also suffered blunt force trauma.

Later, the Ocean County Medical Examiner performed a post-mortem examination of Enders and determined the cause of his death to be multiple stab wounds with severance of the right carotid artery and blunt force trauma, which was ruled to be a homicide. A post-mortem for Pitoy is scheduled for Tuesday.

An investigation revealed that Enders and Pitoy were dating, according to the release.

"This truly was a team effort in terms of the depth and comprehensiveness of this investigation. These detectives combed through the evidence to ultimately determine that Heffernan did, in fact, cause the deaths of Mr. Enders and Ms. Pitoy," Prosecutor Bradley D. Billhimer said. "We were able to determine very early on in the investigation that there was no immediate danger to the public. From there, these detectives went to work doing their absolute best to solve these horrific crimes. Every law enforcement officer involved in this investigation has my profound gratitude."

Authorities believe the stabbings happened on or around last Wednesday.