LANGHORNE, Pa. (CBS) -- Two activists were arrested outside Sesame Place in Langhorne Saturday afternoon. Police say the two protestors were taken into custody for disorderly conduct after several warnings for blocking the sidewalk and street.

The two men were among a crowd of civil rights activists, including several local Black Panther parties, urging families to boycott the children's theme park. Police say the two men were a 50-year-old from Newark, New Jersey, and a 46-year-old from Camden. Their names are not known at this time.

It follows a now viral video posted by a New York family who says a costumed character ignored their two 6-year-old Black girls. 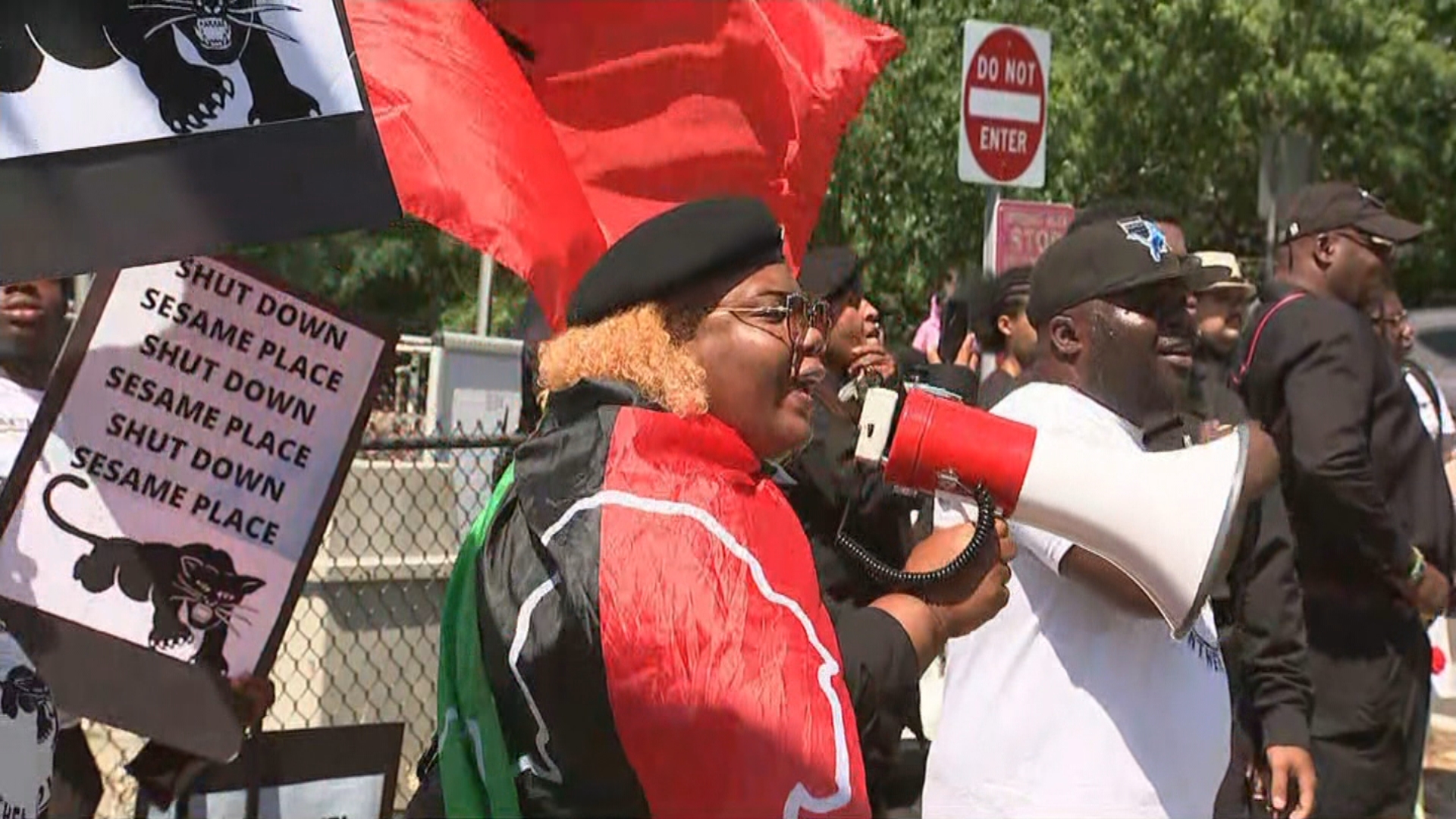 "So when you insult a child, when you traumatize child, those children will always remember," Nia 2X, an activist, said.

Organizers say they want to see changes to the park's hiring and training policies.

"Your staff shouldn't be treating any child different than the other, if you're hugging children, then hug all the children," Elijah Vine, of the New Black Panther Party in D.C., said.

Sesame Place has apologized to the family, and in a statement released Saturday, calling what happened "unacceptable," and says they are "instituting mandatory training for all our employees so that we can better recognize, understand, and deliver an inclusive, equitable and entertaining experience for all our guests."

Many at Sesame Place say they will continue to speak out to prevent something like this from happening again.

"The number one thing is making sure that the kids still have fun here," Cody Owens, of the NAACP in Delaware, said. "That's what this is all about, and no one should be discriminated against based on your skin color, your race, whatever it may be."

Organizers are also calling for the employee in the costumed character to be terminated. It's unclear if that has or will happen.

Both girls in that viral video joined renowned civil rights attorney Ben Crump for a press conference in New York City. Crump and the family's attorney, B'Ivory LaMarr, believe that the incident was racially motivated.

"You saw the video," Crump said. "You look in their eyes when Rosita just ignores them as if they are invisible. As if they're insignificant."

"We've also received copies of emails of this same complaint being made to Sesame Place about their character's conduct," LaMarr said. "So again, they have been put on notice well before last Saturday."

LaMarr went on to say that they want action from Sesame Place regarding this incident and not just apologies.