LOWER MERION TOWNSHIP, Pa. (CBS) -- Lower Merion Township police are searching for a Philadelphia woman who they say shot and killed her mother's fiancé in the lobby of a Bala Cynwyd apartment building. Samiyah Williams, 24, is wanted for killing 49-year-old Adrionne Reaves. 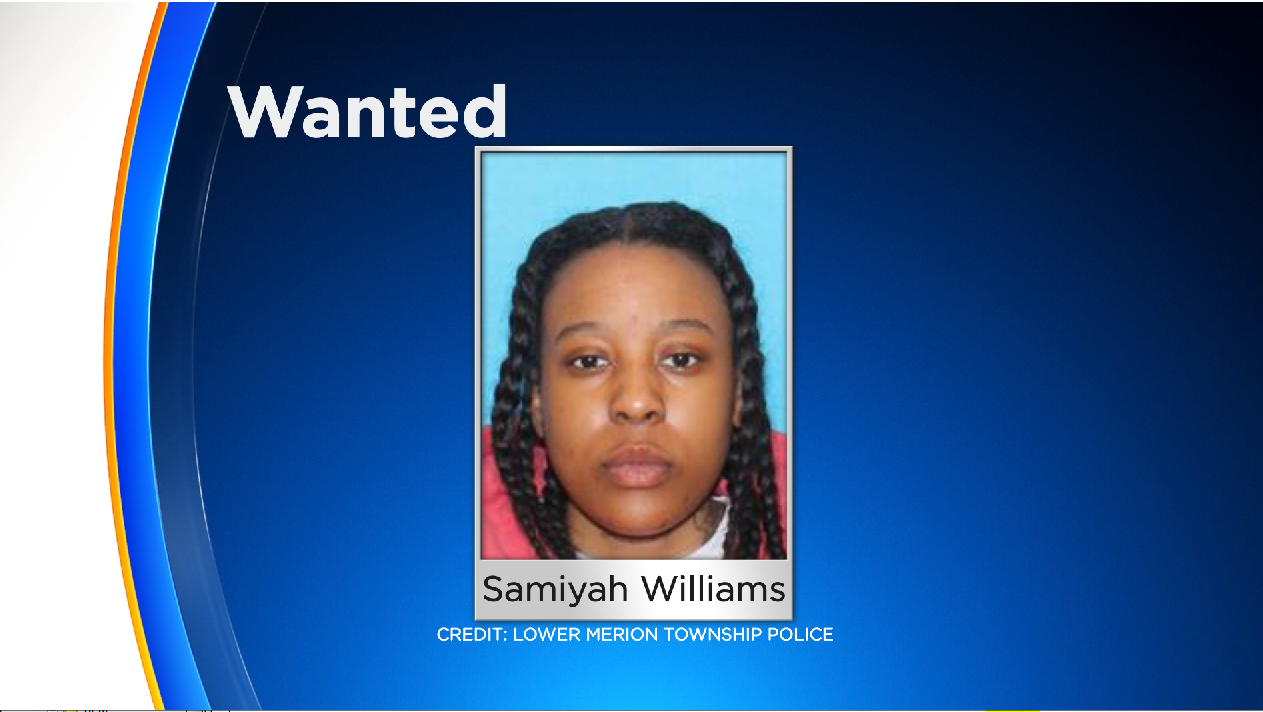 According to authorities, the shooting happened at the Delwyn Apartments at 20 St. Asaphs Road on New Year's Eve. Officers responded to the lobby around 9:55 p.m. and found Reaves dead from a shot to the head.

Investigators learned Reaves and his fiancée got into an argument in the apartment parking lot more than an hour before the shooting. An officer responded to the scene. The two said it was a verbal dispute and agreed to separate for the night, with Reaves calling his daughter for a ride from a nearby location.

Reaves and his daughter returned to the apartment to find his misplaced keys. Authorities said surveillance video shows the two meeting up with Reaves' fiancée and her mother. The four were walking through the lobby when Reaves was shot, falling to the floor.

Police said Williams is the fiancée's daughter and lives with her grandmother. She came to the apartment when hearing Reaves "laid hands" on her mother, authorities said.

She is wanted for first- and third-degree murder. She should be considered armed and dangerous.