Police say two men are now being questioned by detectives for this ambush murder in broad daylight.

"A vehicle, maybe two, pull up. Two males get out and start shooting at him, chasing him," Philadelphia Police Chief Inspector Scott Small said.

Monday afternoon, police rushed to numerous 911 calls for shots fired outside a packed Rite Aid at the busy intersection of Rising Sun and Wyoming Avenues in the city's Feltonville neighborhood.

"They find a teenage boy laying on the sidewalk. He's shot many, many times," Small said.

Officials say Jefferson was shot at least 18 times while waiting for a SEPTA bus. He died from his injuries at Temple University Hospital.

"We believe he is a student at a nearby high school," Small said.

At least 35 shots were fired from two semi-automatic weapons. Bullet markers could be seen up and down the store wall and even inside a window covering. 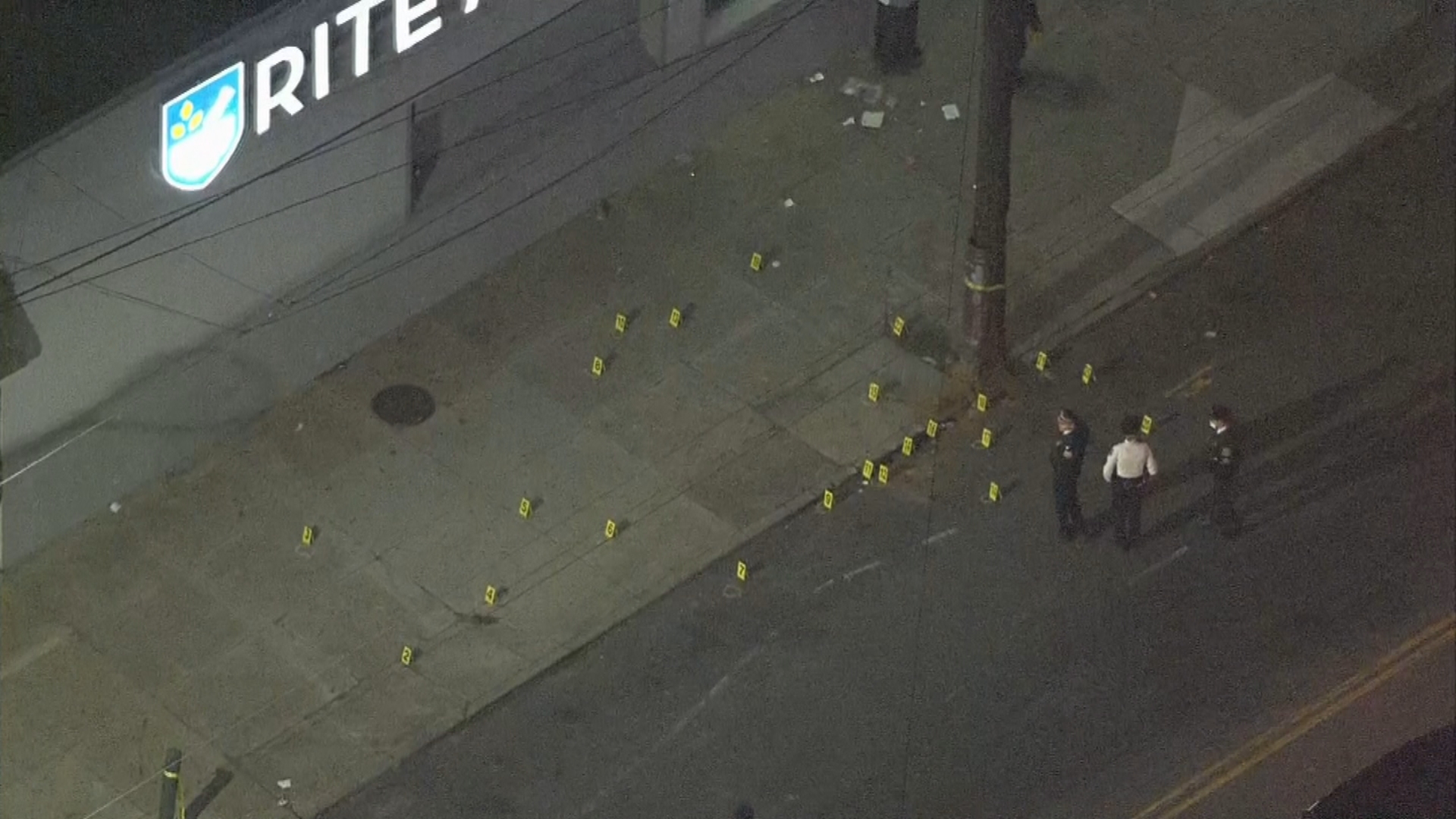 Detectives believe the killing was targeted. Surveillance video and an eyewitness helped police track down two persons of interest a few miles away along Summerdale Avenue.

This mom heard the gunfire about a block away.

"Luckily, me and my son was in the house so I'm just thankful for that," she said.

"We live here, we sleep here, and we're fools to think to think that it's anyone's job but ours," Philly Truce co-founder Mazzie Casher said.

Philly Truce's co-founder, who led a community patrol to keep West Philly's streets safer this holiday weekend, hopes this latest tragedy will inspire others to look out for our neighbors, and especially our children.

"That option of hope, you can't really put a price tag on that," Casher said.

"Earlier today, we lost another young life to senseless gun violence -- the fourth since yesterday," Outlaw said. "My heart grieves for the victims, their families, and this city. While we cannot bring back those lost, the Philadelphia Police Department will ensure that these cases are fully investigated so that these victims and their families receive closure and justice."

Police are still investigating a motive. We are waiting to hear if those persons of interest will be charged.