PHILADELPHIA (CBS)--A powerful nor'easter roared up the East Coast today dispensing 2 feet of snow on the Poconos, 11 straight hours of snow, freezing rain, rain and/or sleet on Philadelphia, and record rainfall to the Shore. Not to mention those intense winds, gusting from 45 to 65 mph.

A combination of the strong winds and the weight of snow and ice yielded widespread reports of downed tree branches and power lines and thus numerous power outages. As of 8:30pm this evening, PECO is reporting over 500 customers still without power in Greater Philadelphia. 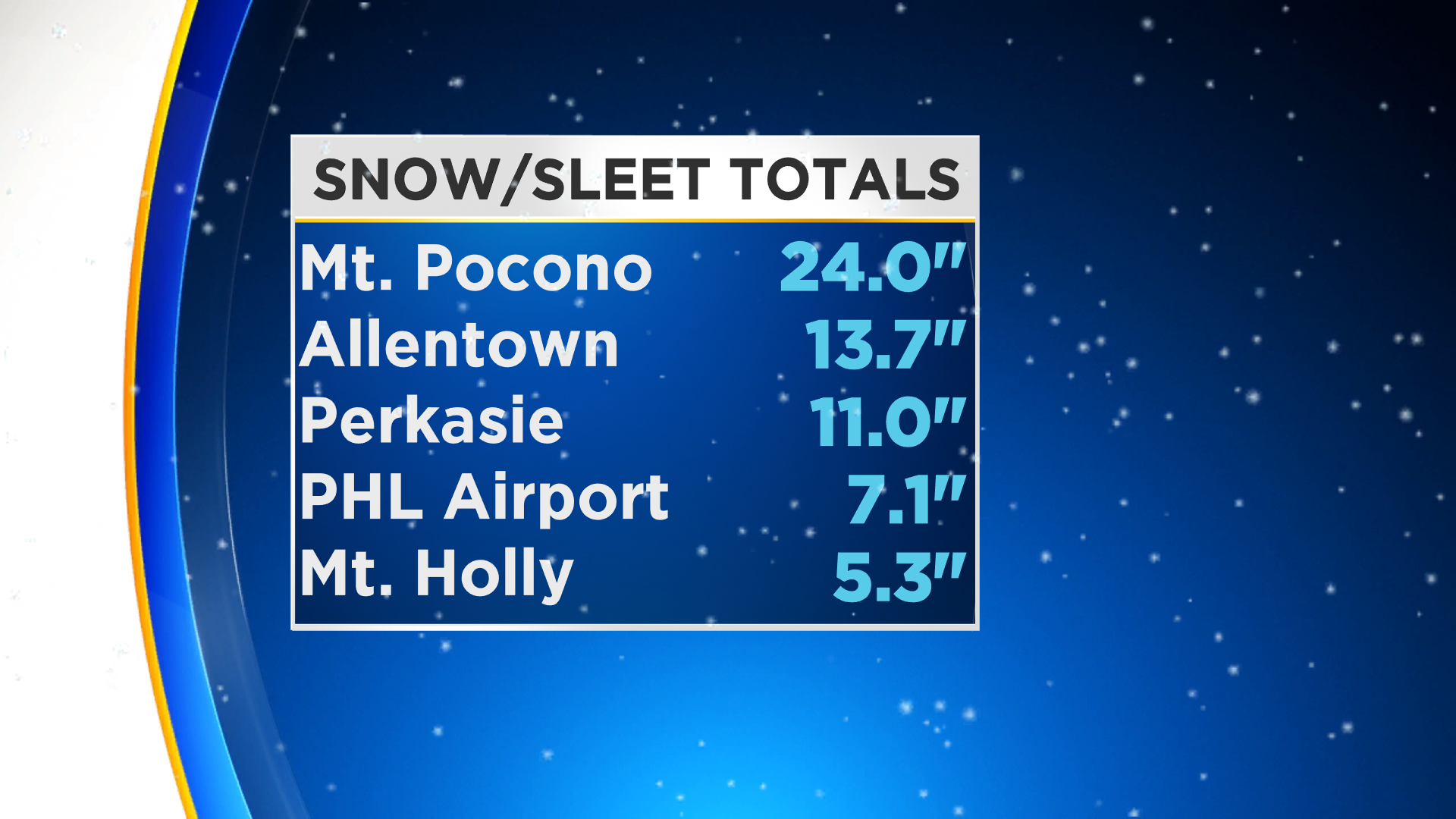 Records for the most snow to fall on today's date were set in Allentown with 12.4" of snowfall and in Philadelphia with 7.1" of snowfall, breaking the previous record of 4.7" of snow from 1999.

And record rain fell along the coast with many locations receiving more than 3 inches. 3.02" of rainfall in Atlantic City breaks the daily maximum rainfall record for today's date set in 1884. Coastal flooding induced by a strong on-shore wind flow led to numerous flooded roads in Brigantine and water rescues were reported by the Fire Department in Atlantic City. 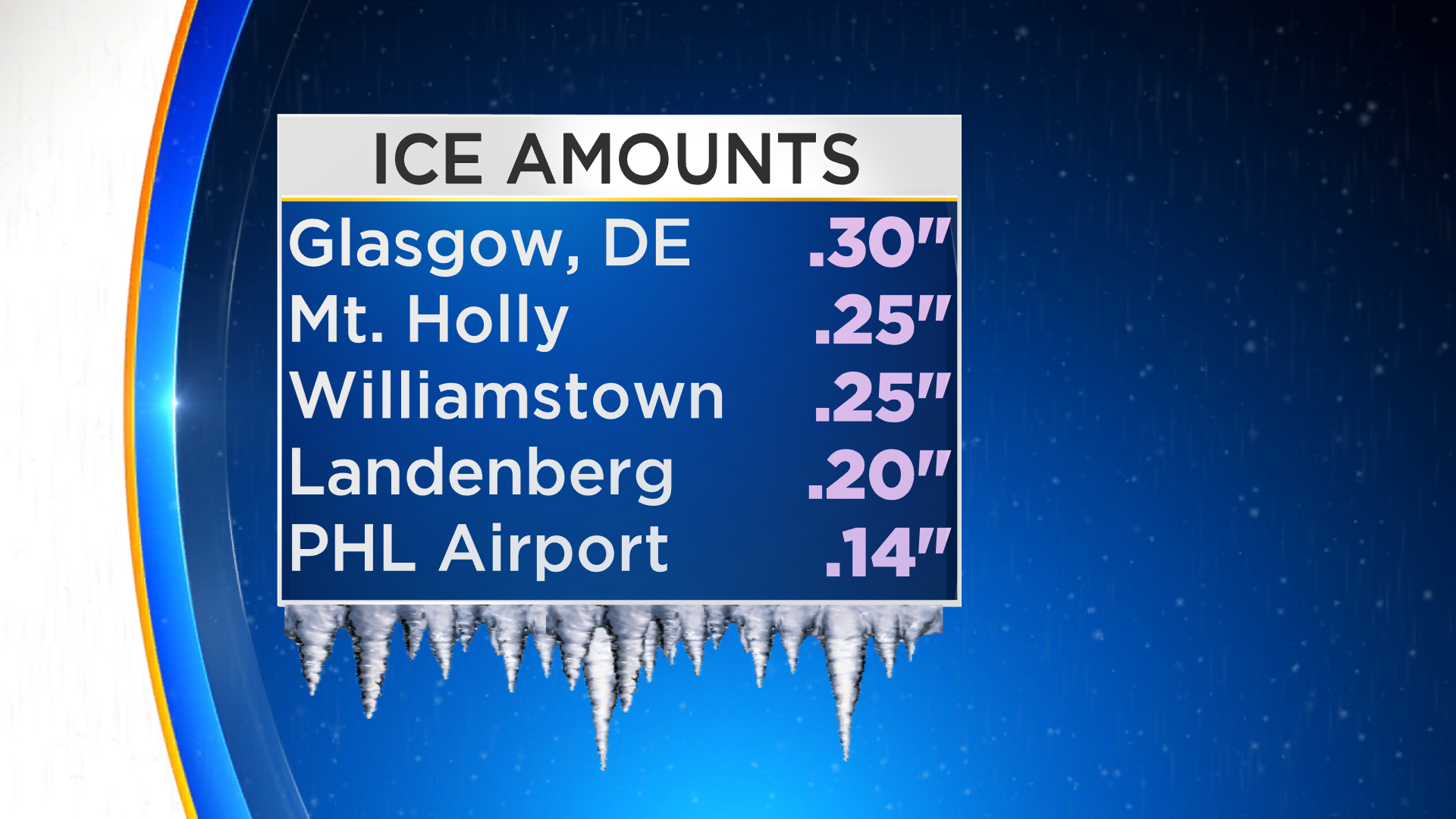 Now that the coastal storm has ejected to the Northeast, the main concern is for the re-freezing of slush and snow overnight as temperatures drop well below freezing. And untreated roads and sidewalks will remain hazardous tomorrow as highs will not surpass 32 degrees--this and minimal sunshine will fail to yield much melting.