PHILADELPHIA (CBS/AP) — Police have detained a suspect after "black power" was spray-painted on a controversial statue in Philadelphia.

Wali Rahman, 40, has been charged with criminal mischief, institutional vandalism and desecrating objects. 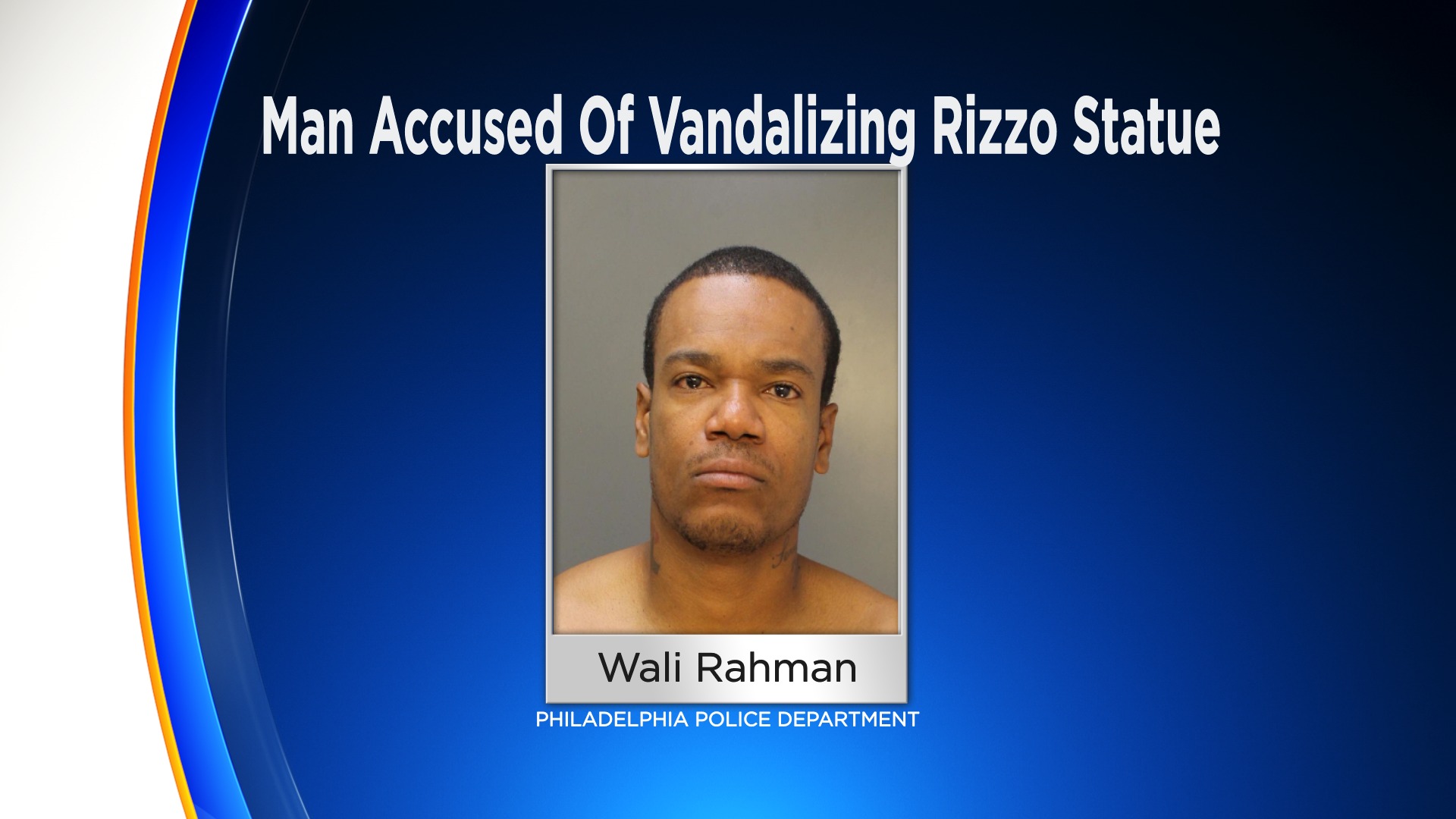 The vandalism comes as critics call for the removal of a monument that honors Frank Rizzo, the city's former mayor and police commissioner.

People who want to see it come down allege Rizzo treated the African-American community unfairly, even brutally, at times.

The statue was cleaned early Friday morning and the graffiti was washed off.

City crews power washed graffiti off of the #FrankRizzo statue this am after someone spraypainted "Black Power" on it late Thurs @CBSPhilly pic.twitter.com/iWvv9NjIhC

Philadelphia has long tried to reconcile the complicated legacy of Rizzo, who served as mayor from 1972 to 1980 and who died of a heart attack in 1991. His friends, family and fans remember him as a devoted public servant unafraid to speak his mind. His detractors saw his police force as corrupt and brutal and said Rizzo alienated minorities both as police commissioner and mayor.

On Monday, Democratic Councilwoman Helen Gym said on Twitter that the statue should be removed.

"All around the country, we're fighting to remove the monuments to slavery & racism. Philly, we have work to do. Take the Rizzo statue down," she tweeted.

She later said she would initiate a public process around the statue when the city council reconvenes in September.

Mayor Jim Kenney says he understands there are passionate viewpoints on both sides when it comes to the Rizzo statue, but he says vandalism is a terrible thing.

"So I'd like to get the details as to where everybody was when that was being spray-painted, but yeah, we have more problems in our neighborhoods than Frank Rizzo statues," said Kenney.

A sign reading "Shame on President Trump" was hung around the statue's neck earlier this week, and on Wednesday, a man from Maplewood, New Jersey, was charged with disorderly conduct for throwing eggs at it.

The bronze statue, unveiled in 1999, depicts Rizzo bounding down the steps of the Municipal Services Building. It was donated to the city.

Calls to remove the statue aren't new. A year ago, an anti-police brutality group launched an online petition to take the statue down.

A newly launched online petition to keep the statue in place gathered over 11,000 signatures by early Wednesday afternoon.