CRUM LYNNE, Pa. (CBS) -- An employee of a smoke shop was gunned down and killed in Crum Lynne, Delaware County on Friday, police say. The incident happened around 1:30 p.m. at the Empire Smoke and Phone Store on 1418 Chester Pike.

When Ridley Township Police officers arrived on the scene, they found the victim down behind the counter unresponsive with multiple gunshots, according to police. The employee was pronounced dead after lifesaving attempts were unsuccessful.

The victim's identity is unknown at this time.

Investigators are asking for the public's help to identify the suspect caught on camera in the store before the shooting. The suspect is considered to be armed and dangerous, police say. 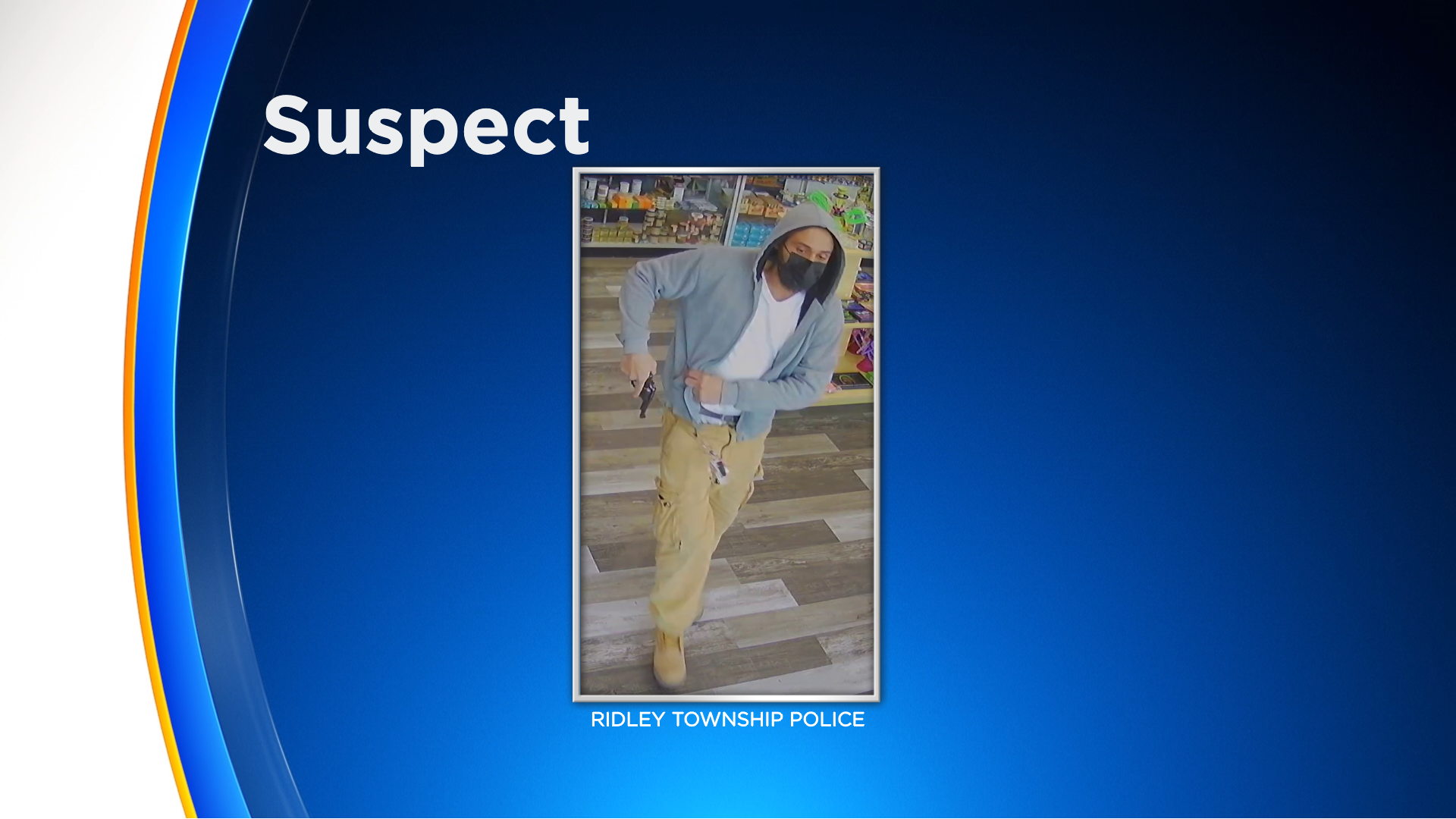 Anyone with information on the suspect or the shooting is asked to contact the Ridley Township Detective Division at 610-532-4000.