PHILADELPHIA (CBS) — "It's been way way way too long" proclaimed John Popper from a stage on South Street in Philadelphia on Friday night.

At a sold out show at The TLA, the singer battled a cold and destroyed a harmonica on a tour through Blues Traveler's thirty years as a band. After a few thank yous to the seasoned crowd, Popper took them back to the beginning with "Mulling It Over" and demolished a harmonica – only taking breaks to wail that voice to the rafters. 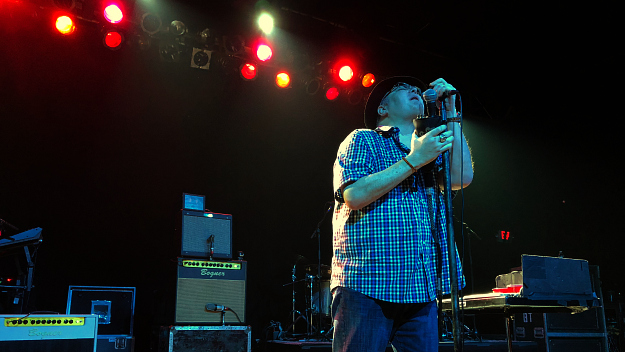 The volume was cranked to thirteen, at levels that Anthrax enthusiasts might complain. Still it did nothing to slow the jam band dancing and agreed head shaking across the crowd. Guitar feedback has got nothing on the ghostly howl of harmonica feedback, which Popper played with throughout the evening.

The night was filled with extended jams and noodling, dotted with hits and a few new tunes from their upcoming album. "She Becomes My Way" and "Ode From The Aspect", both soon to be released, were classic piano driven ballads primed for slow dancing or late night ramblings. The latter was written as Popper was "on a boat for five days" and "on acid". 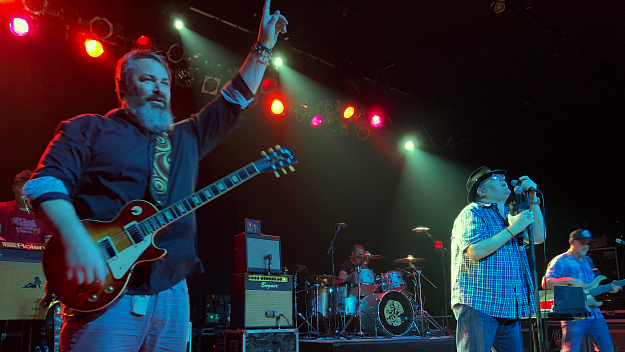 In between ten minute takes on some Blues Traveler fan favorites, they found time for an impressive cover of The Charlie Daniels Band's "The Devil Went Down To Georgia" – only this time "The devil went down to Philly" as Popper sang. The fiddle was found in the harmonica which was played at the same breakneck speed, maybe even faster. It was impressive.

The hits of "Run Around" and "Hook" rounded out the evening, serving as the cake topper on a career.

The band continues their 30th Anniversary tour through November.