PHILADELPHIA (CBS) -- Delaware State Police have recovered the SUV belonging to U.S. Rep. Mary Gay Scanlon in Newark after the congressmember was carjacked at gunpoint in South Philly on Wednesday. Five suspects are in custody, one of them 19-years-old and the rest under the age of 16.

According to Delaware State Police, the four juvenile suspects were charged Thursday. Josiah Brown, 19, will be formally charged by federal authorities.

The SUV was found around 9 p.m. Wednesday, according to Delaware State Police. 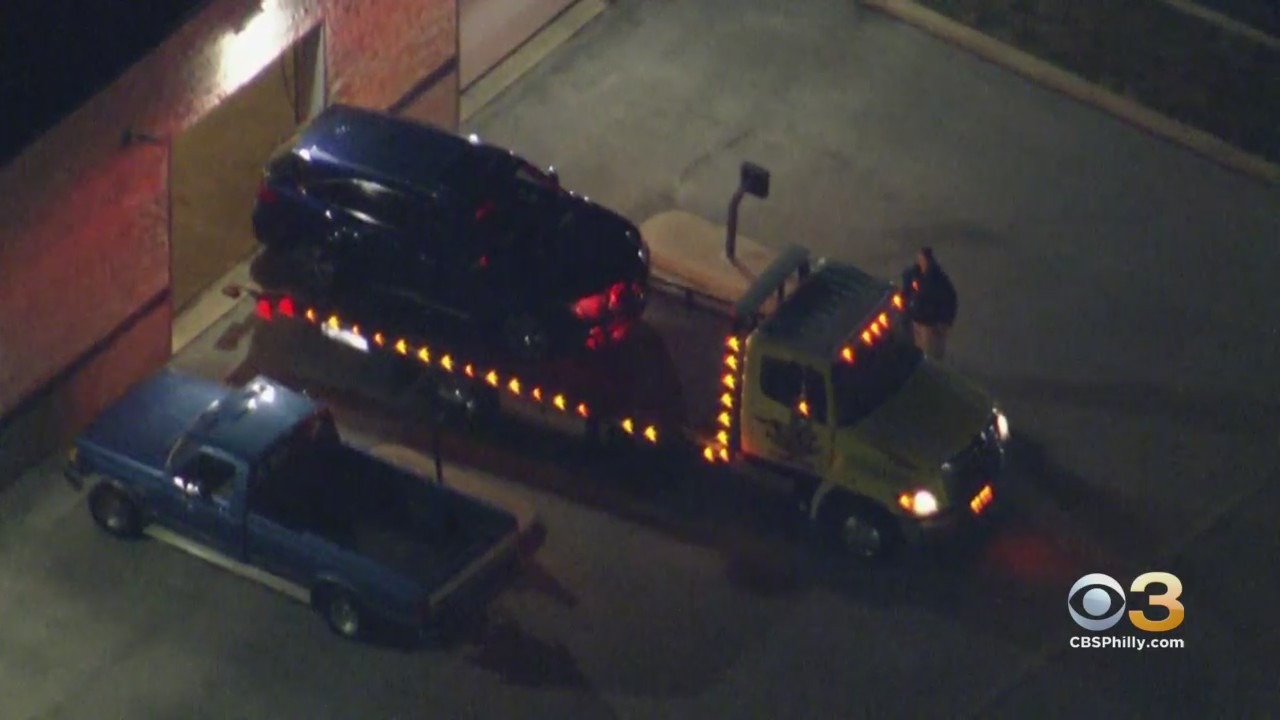 Scanlon was carjacked at gunpoint after a meeting in  FDR Park on Wednesday around 2:45 p.m., a spokesperson for the congressmember told Eyewitness News.

Philadelphia police said Scanlon was walking to her vehicle when two men approached her at gunpoint, demanding the keys to her car. Scanlon handed over the keys to the blue 2017 Acura MDX.

According to police, one of the suspects took the keys to the car and drove off, last seen fleeing on the 2000 block of Pattison Avenue. The other suspect entered a dark-colored SUV and followed the other suspect.

Scanlon was physically unharmed in the incident, both her spokesperson and Philadelphia police said.

The suspects also got away with several personal and work items, police said. The items included two cellphones, including a government-issued phone, and her driver's license.

"She thanks the Philadelphia Police Department for their swift response, and appreciates the efforts of both the Sergeant at Arms in D.C. and her local police department for coordinating with Philly PD to ensure her continued safety," the spokesperson for Scanlon said.

"I am relieved that Congresswoman Scanlon was not physically injured, and my thoughts are with her during this difficult time," Philadelphia Police Commissioner Danielle Outlaw said. "The PPD will continue to provide any support needed in this case and will work diligently alongside our federal partners to assist in bringing those responsible to justice."

Philadelphia District Attorney Larry Krasner vowed to "vigorously pursue accountability when these individuals are located by police and taken into custody."

"First, I am extremely grateful that Congresswoman Scanlan and an aide who was accompanying her were not physically harmed today. My office will be offering them the services and support we provide to victims of frightening and traumatic crimes," Krasner said in a statement. "I am in contact with law enforcement, which is working hard to locate the individuals responsible for this crime and to get them off our streets."

"Based on the limited information we have at this time, it appears two individuals were involved in this gunpoint robbery and auto theft. Armed robberies are among the most serious crimes because of the danger they pose to victims and the fear they instill in communities," Krasner added. "My office is ready to vigorously pursue accountability when these individuals are located by police and taken into custody."

Mayor Jim Kenney said in a statement he's "appalled to learn of this violent crime that was perpetrated against my friend and Congresswoman Mary Gay Scanlon."

"Everyone deserves to feel safe in our city, and sadly, as we know, that hasn't always been the case this year. It's disheartening, and quite frankly infuriating, that criminals feel emboldened to commit such a reckless crime in the middle of the day in what should be a place of tranquility and peace—one of Philadelphia's beautiful parks," Kenney said. "I'm thankful that she was not physically harmed during this incident, and my thoughts are with her during what I'm sure is a traumatic time."

Councilmember Kenyatta Johnson said, "It don't matter who the individual is that's even robbed or shot or murdered in the City of Philadelphia, it should be a priority."

Anthony Giordano, the founder of Stand Up South Philly, says this is exactly why his group exists and why reforms are necessary.

"The congresswoman, unfortunately, had to deal with what everyday citizens are dealing with right now," Giordano said. "Maybe it's going to take the fact that a congresswoman was carjacked in Philadelphia to raise awareness that crime in Philadelphia is 100% out of control. If you believe, in the City of Philadelphia we don't have a crime problem, you have to live under a rock."

Anyone with information regarding the carjacking is being asked to contact the authorities.