PHILADELPHIA (CBS) - From Philadelphia to the western suburbs to South Jersey, demonstrators peacefully marched Sunday to show their support for the Black Lives Matter movement in George Floyd's memory. In Pottstown, the protest had the support of the police department, whose officers marched with demonstrators.

"There are protests all over the globe and all over this country and we have to keep them going," Rep. Madeleine Dean, D-Pa. 4th District, told the crowd.

Others rode as a group of friends in Conshohocken organized the #BlackoutRideout to the Philadelphia Art Museum.

"Us riding through down to the City of Brotherly Love just shows our unity," said organizer Christopher Jackson. 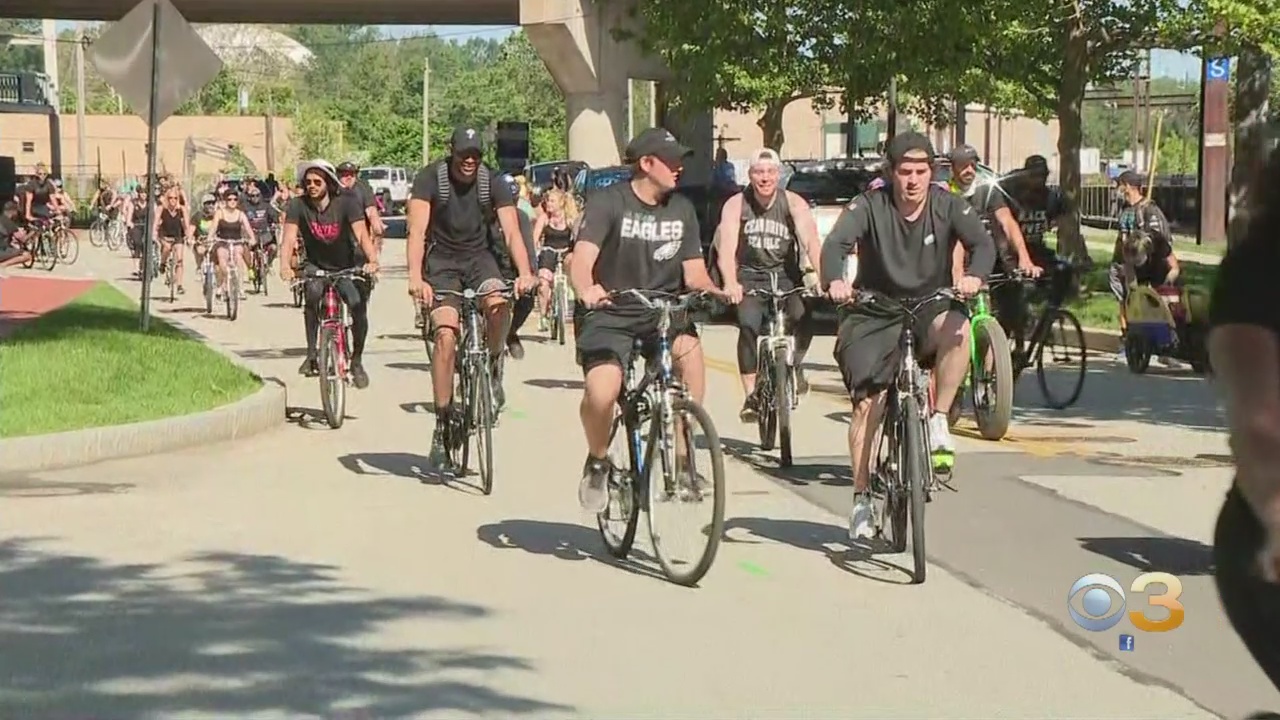 Speaking of unity, an interfaith group walked through the streets of West Philly.

Back in Philadelphia, health care professionals chanted as they traveled down Broad Street to City Hall.

"We understand that your trust in the medical system is fractured and we take ownership for what we have done and been complicit in that, but we are here today to show you that we are showing up," said Dr. Claire Bogan of Doctors for Black Lives Matter.