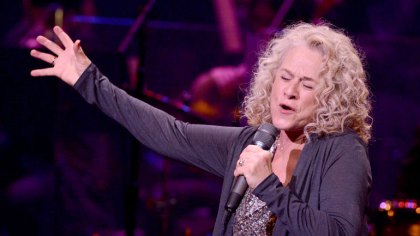 Earlier this year, Carole King was named MusiCares Person of the Year and will join the ranks of Bruce Springsteen, Paul McCartney and Barbara Streisand before her. She will be honored on January 24 at a star-studded gala in Los Angeles, just two days before the GRAMMY Awards.