PHILADELPHIA (CBS) -- Philadelphia's police and fire departments are going head to head in a weight loss battle. The 34th annual Battle of the Badges began Thursday.

The ceremonial weigh-in was held Thursday morning at City Hall. The competition goes for 13 weeks. 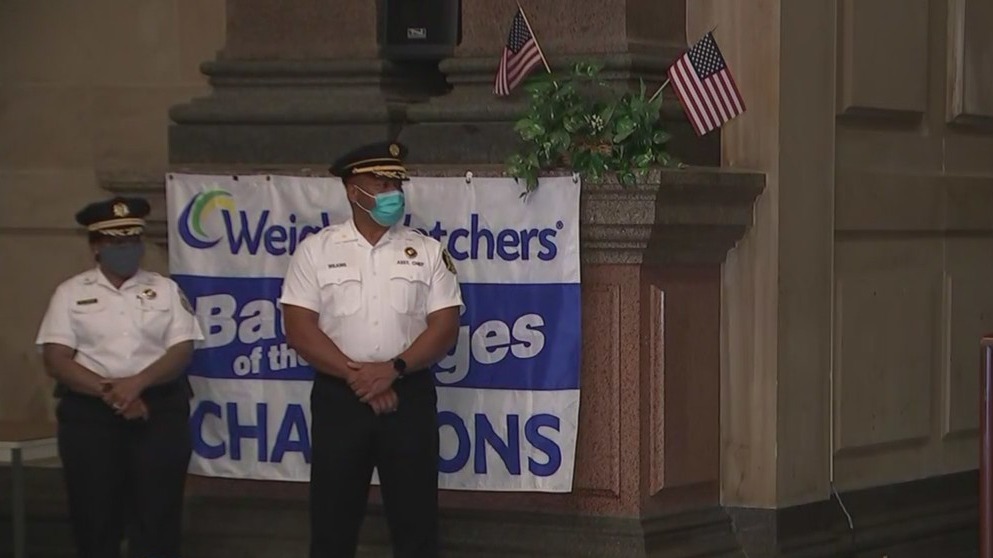 The department with the highest percentage of weight loss among its top losers wins.

$10,000 dollars will be given to the Hero Thrill Show by Weight Watchers in the name of the winning team. The Thrill Show raises money for scholarships for the children of police and firefighters killed or seriously injured in the line of duty.