Ankole, which are known as "Cattle of Kings," are renowned for their massive crescent lyre-shaped horns that measure up to 8-feet-wide. They continue to grow as the animal ages and eventually weigh up to 15 pounds each, according to a release.

The Ankole are native to East Africa and are descendants of an ancient breed of cattle that lived in the Nile Valley around 4000 BC. They were traditionally considered sacred and supplied milk, and only rarely meat, as an owner's wealth was counted in livestock. 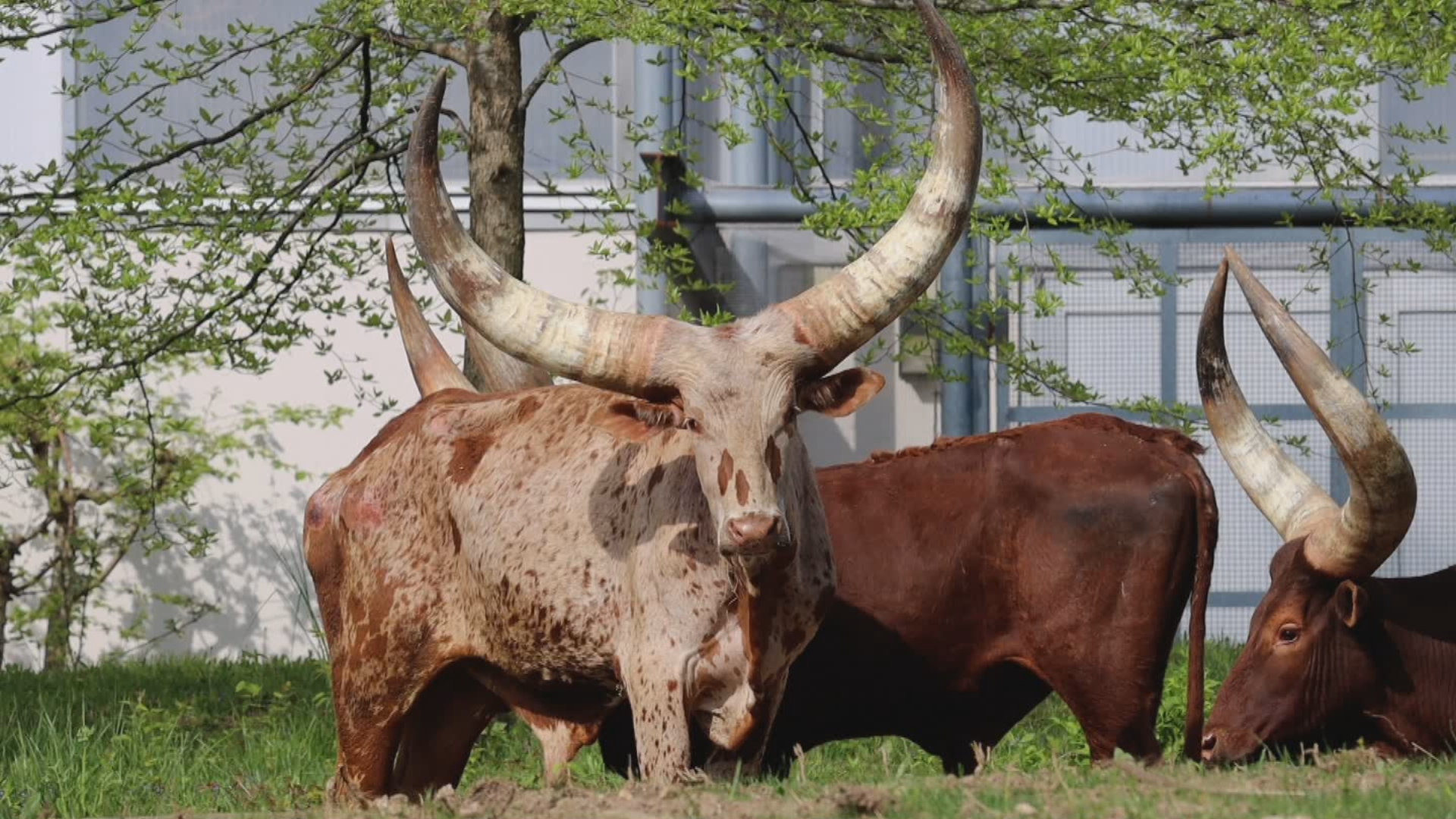 The Philadelphia Zoo is also asking for the public's help to name the three Ankole. Click here to vote on choices narrowed down by the zoo's staff.