PHILADELPHIA (CBS) - They are known as The Greensboro Four, four Black college students who refused to leave a Woolworth's segregated lunch counter after they were denied service. Sixty-one years later, a Philadelphia woman who was part of that protest talks about her experience.

Little did she know at the time, but it was the beginning of the civil rights sit-in movement.

As we walked by the Johnson House in Germantown, a historic site that once served as a stop on the Underground Railroad,  Ingrid Wynn Catlin recalls part of her own history, attending Bennett College for women in Greensboro, North Carolina. 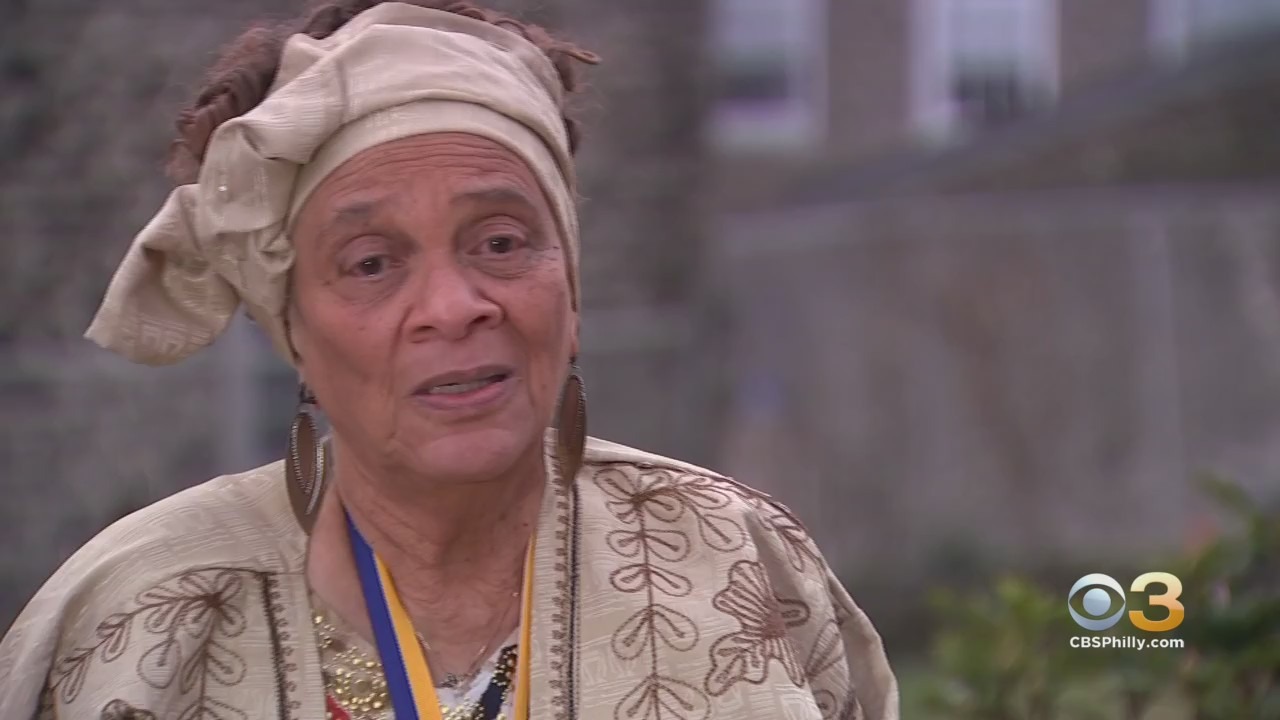 Even a trip to a department store lunch counter was different than at home in Philadelphia. In Greensboro and other southern cities, the policy was to refuse service to anyone but whites.

Catlin says, "All I know is that I spent my allowance, my monthly allowance, at F.W. Woolworth store and I just didn't think it was right not to be able to sit down and eat with the other people."

On February 1, 1960, four students from North Carolina Agricultural and Technical College were refused service at the Greensboro store's all-white lunch counter. The students remained in their seats until closing time. Ingrid joined their protest the very next day.

She says, "We were not the first sit-in, but it was my first experience with a sit-in."

For weeks Ingrid and other students carried signs in front of the store, as others protested inside. She recalls, "I don't believe I had any fear, although I got spat on, got called all kinds of names and you know what those names are. You know, 'N go home,' feet stepped on, but we held our heads up high."

Many protesters were arrested for trespassing or disturbing the peace. Catlin says, "We were jailed, but not for long, only because I guess the manager got tired of us. Even the police didn't even see that we were doing anything that harmful."

She adds, "We had some white supporters from other schools and other communities because one lady came up to us and said 'Where have you been? You should have done this a long time ago.'"

The Greensboro sit-in garnered national attention and soon sit-ins were held in other college towns.

"We were a catalyst, where it just caught on like wildfire all over the USA," Catlin said.

The protests eventually forced Woolworth and other businesses to change their segregationist policies. According to Catlin, "We just wanted equality and we didn't think about the future and getting rewarded for it."

Ingrid says she was only doing what her parents always told her to do. She says, "They just believed each person in the world should be warm and look after each other that way.  That's how I grew up.  That's how my mind was and that's probably what I would tell people now."

Several years ago Ingrid Wynn Catlin was presented with an Unsung Hero medal by North Carolina A&T University for her activism. Last month she was honored by the International Civil Rights Museum, which is located in what used to be the Greensboro Woolworth store.

Ingrid went on to earn a teaching degree, and even today still teaches at a pre-school.  By the way, those lunch-counter sit-ins spawned wade-ins at segregated pools and beaches, kneel-ins at churches, and walk-ins at theaters and amusement parks.