EDITORS NOTE: Warning. Some may find the video above disturbing. Two men have been taken into custody in connection to this mass shooting, including one of the men in this video.

PHILADELPHIA (CBS) - A video provided to CBS3 from Philadelphia police shows what investigators believe may just have been the start of the mass shooting on South Street. Some may find the video disturbing. 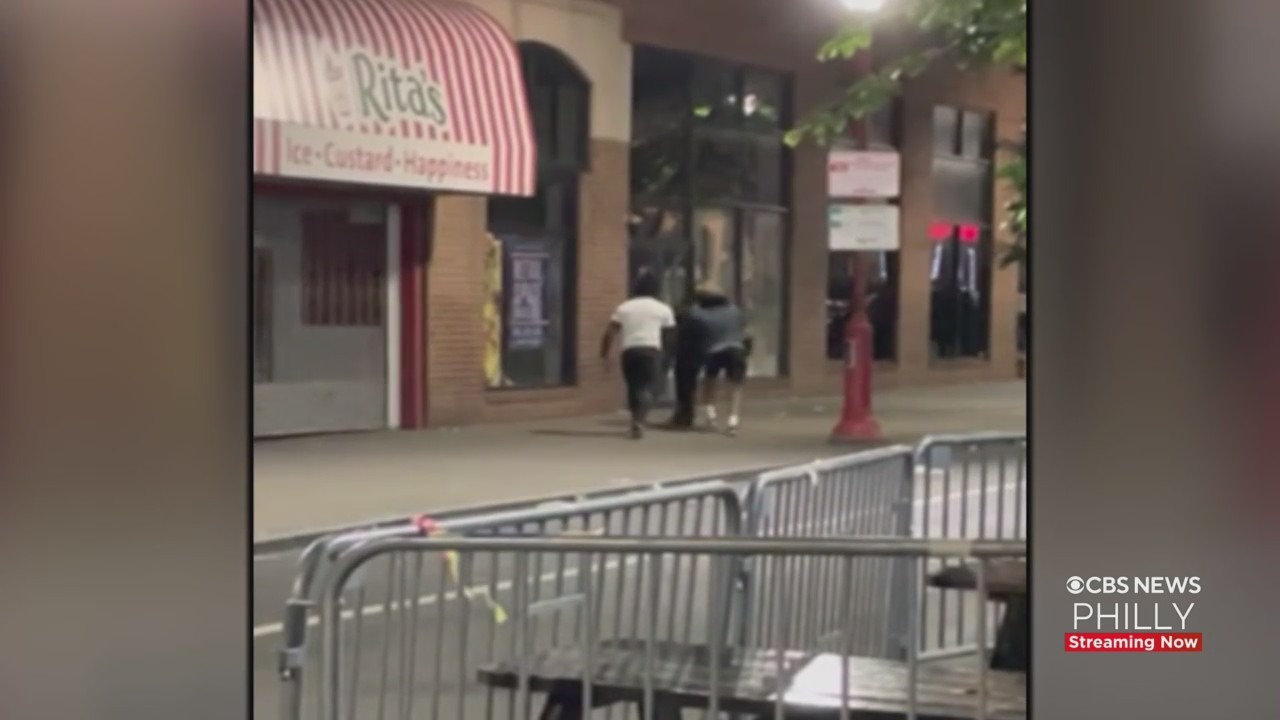 Since Sunday, investigators have confirmed to Eyewitness News that this fight between three men was the start of trouble.

Police say they saw Garner firing down from 3rd and American Streets in the direction of South Street. A police officer engaged Garner, fired upon Garner and wounded him in the hand.

Garner then showed up at another shooting scene Philadelphia police were at, at a 4th and Bainbridge Streets, and gave police a story that he had been shot at the scene on South Street.

"It's our belief was that a friend or was with Micah Townes when the initial altercation starts. After the initial altercation, guns were drawn by Gregory Jackson and Micah Townes," Joanne Pescatore, chief of the homicide unit at the Philadelphia DA's Office, said. "Gregory Jackson shoots at Micah Townes first. Micah Townes returns fire, shooting and killing Gregory Jackson. As a result of that, Quran Garner then begins to fire down the street, toward South Street, toward where the initial confrontation took place. It is at that point that Philadelphia police began to shoot after Quran Garner pulls a gun, has the gun out and looks in their direction. They shoot at him, shooting his hand. He's currently at Thomas Jefferson University Hospital undergoing surgery for a result of injuries sustained when the police shot back at him."

Prosecutors said the gun Garner used was a ghost gun with an extended magazine.

"I'd like to thank our PPD investigators, the ATF, The FBI, and the United States Marshall's Service for their swift and diligent work in identifying and apprehending two individuals wanted in connection to the horrific shooting incident that occurred Saturday evening on South Street," Police Commissioner Danielle Outlaw said in a statement. "That being said, there is still more work to do. The PPD will continue to work with all of our law enforcement and community partners to identify and apprehend each and every individual responsible for these heinous crimes."

Prosecutors stressed both Jackson, who died in the shootout, and Townes were permitted to carry.