PHILADELPHIA (CBS) -- A 32-year-old store clerk is recovering after she got into a gun battle with two armed would-be robbers in Philadelphia's Wissinoming section early Tuesday morning, police say. It happened on the 5500 block of Torresdale Avenue just before 4 a.m. 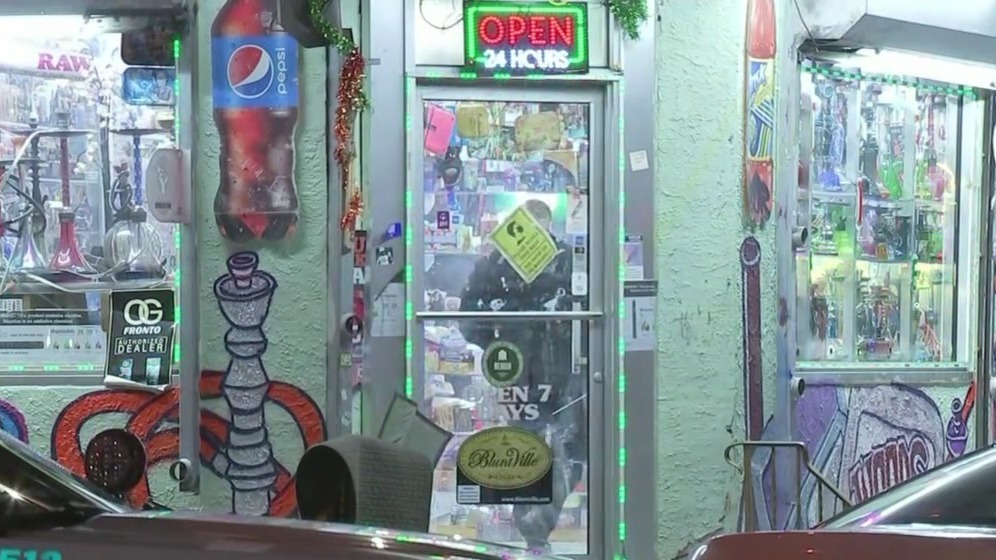 The store manager says the clerk is doing OK. The manager says he himself is lucky to be alive. He credits his dog who he calls Bullet.

"Two people come with a big gun and small gun, they come in straight up and put the gun to the girl's head and my head and said like don't move," Big A manager Sammy Aloubehi said.

The store manager says one suspect pointed a gun at his clerk. The video shows the clerk sitting on the couch. Then, a dog jumps all over the suspect before the clerk takes out a gun and fires. The suspect is seen running away before the second suspect shoots at the clerk several times.

The manager showed Eyewitness News one of the bullet holes and a shell casing.

"This was gonna kill somebody for no reason," Aloubehi said.

The store manager also believes the robbery may have turned deadly if not for his dog named Bullet. Surveillance video shows Bullet jumping on the would-be robber, getting in his way just as the clerk fires at the suspect.

"If he didn't move the guy and cover him, he would shoot the girl before she shoot him," Aloubehi said. "He did help. … He saved my life and her life."

No arrests have been made, but police say one of the suspects who ran out of the store left his weapon behind.

Police also recovered the gun that the clerk fired.