PHILADELPHIA (CBS) -- A 21-year-old man is fighting for his life after he was chased down and shot near a high school in Northeast Philadelphia. Police say he was shot at least three times in the stomach.

They found him collapsed between two parked vehicles in Mayfair. He was taken to the hospital for surgery and is now in critical condition.

Police describe this as a terrifying and chaotic scene.

Gunfire erupted just after 8:30 p.m. Thursday on the 3300 block of Bleigh Avenue. That's at Bleigh and Crispin Streets.

Police say the man had just come from the gym at Lincoln High School. He was driving about a block away when police say two shooters approached him while he was sitting in the driver's seat and opened fire. 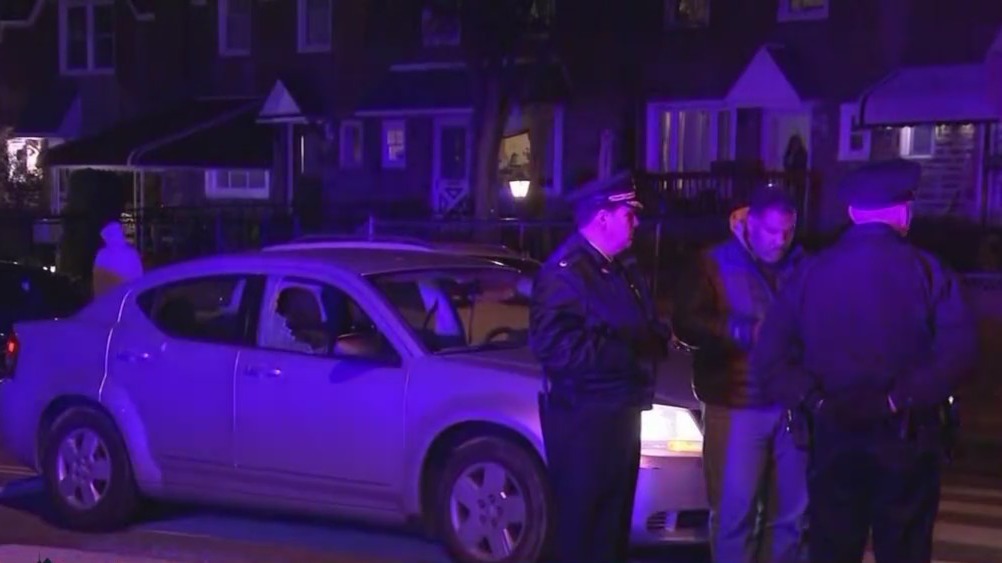 Police found at least 28 spent shell casings around his car. They say gunfire was coming from every angle.

The victim tried to get away by getting out and running, but police say the suspects chased him and continued shooting.

"In addition to the victim's vehicle being struck multiple times by gunfire, we found four parked, unattended vehicles that were also struck by gunfire," Chief Inspector Scott Small said. "So, we just know that these individuals were just firing wildly and it appears that our victim, while sitting in the car was the intended target. And then when he exited the vehicle, they still continued to shoot him and he was hit at least three times in his abdomen."

Police have no motive for the attack and no suspects are under arrest.

They're hoping eyewitnesses and surveillance video will help.