PHILADELPHIA (CBS) -- It has been a very violent and deadly weekend throughout Philadelphia. Since Friday, there have been 14 homicides and at least 16 shootings.

Detectives at the Philadelphia Police Department headquarters are searching for the person who gunned down a 9-year-old boy and his father. CBS3 talked with a heartbroken woman who lost both her husband and son.

"He was always on YouTube, anime," Vanessa Frame said.

Nine-year-old Jamel Parks is remembered as outgoing and creative.

He and his father, 38-year-old Gerald Parks, were fatally shot while sitting in their vehicle on Carver Street a few yards from their home.

"I just heard a whole bunch of gunshots and I came outside and just seen him in the car slumped over, unresponsive," Frame said.

According to the family, the father and son returned from a cookout and had just parked their vehicle when someone opened fire leaving shattered glass on the ground and bullet holes in a nearby rowhome.

Jamel's mother has one word to describe how she's feeling.

"Numb, like literally numb. Like, I don't have any words. I'm just in shock. I can't believe this is happening right now. I feel like it's a dream, a nightmare," Frame said.

A nightmare that several families woke up to this Memorial Day.

Jamel and his father were among six people killed in eight separate shootings in Philly between Saturday night and Sunday.

"As far as the gun violence, it's ridiculous. I don't understand why, why people think that that's the first resort is to go and shoot somebody," said Dwayne Meeks.

Meeks was scrapping metal around 1 a.m. Monday when he heard shooting on East Tioga in an area where crowds often gather late at night to party and smoke hookah.

He says the shooter's weapon was distinctive.

"It wasn't like pow pow. It was like brr pow, brr pow. So it was definitely something big," he said.

Two women were killed in that shooting. A man and a 14-year-old girl were wounded.

Philadelphia Mayor Jim Kenney condemned the recent violence, tweeting: "We must all work together to end this heartbreaking, maddening epidemic and make a safer city for everyone."

In the city's Overbrook section, police say a young man, approximately 18 to 21 years old, was shot multiple times and killed on Sunday afternoon.

Police say the shooting happened in a rear alleyway on the 6300 block of West Columbia Avenue around 1:45 p.m. The man was transported to the hospital by police and pronounced dead at 1:58 p.m.

A 49-year-old man was shot once in the back and killed in North Philadelphia, according to police. The shooting happened on the 3300 block of Philip Street around 9:30 a.m.

Police say the man was pronounced dead at 10:15 a.m. at Temple University Hospital. 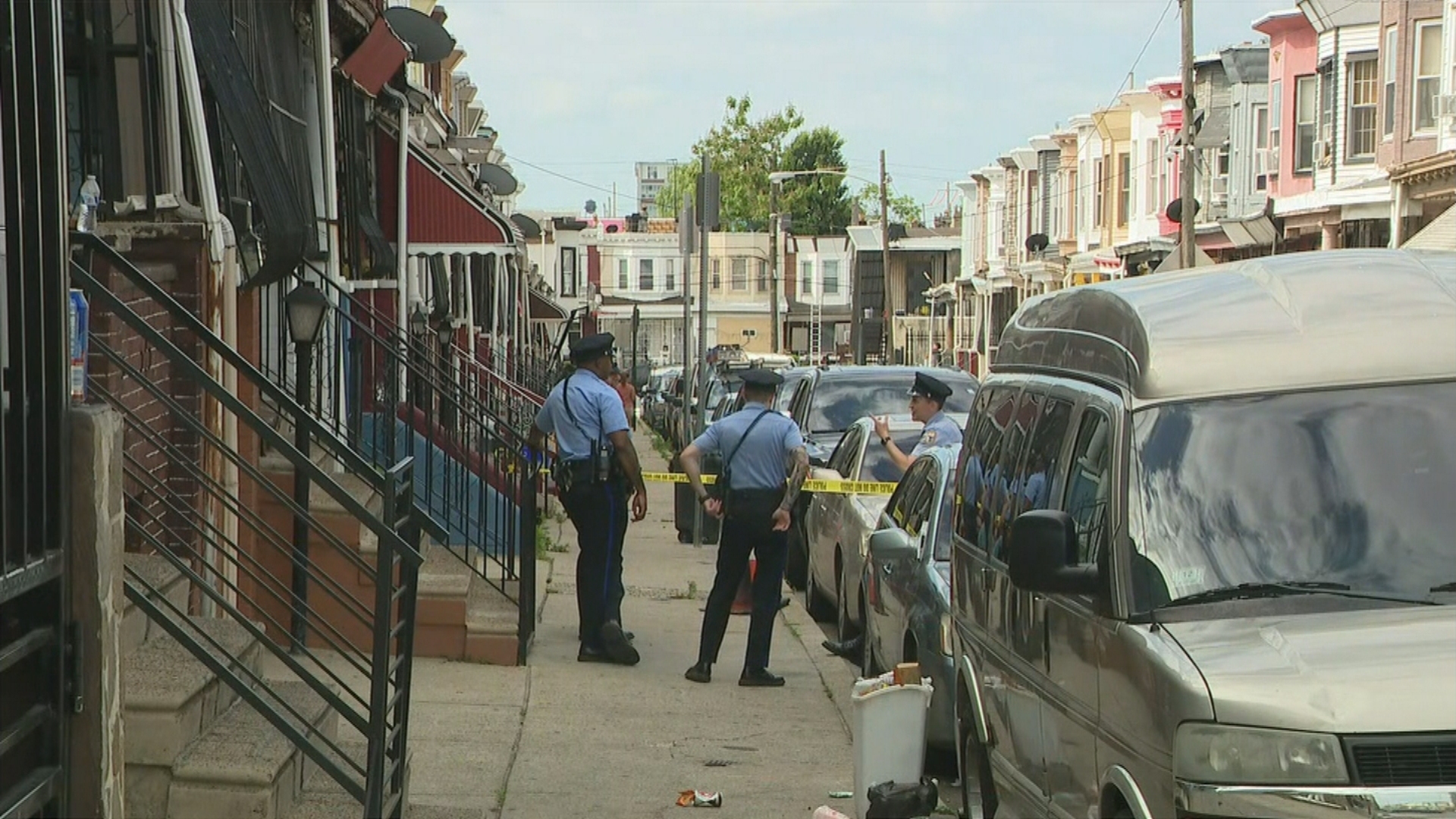 In the city's Logan section, a triple shooting left two teenage boys and a man injured. Police say the 17-year-old boy was targeted in the shooting. His 16-year-old friend was shot during the incident.

They're all in stable condition.

A double shooting in Strawberry Mansion on Sunday morning injured a 23-year-old man and a 20-year-old woman, police say. The man was shot seven times throughout his body and drove himself to Penn Presbyterian Hospital. He was placed in stable condition. 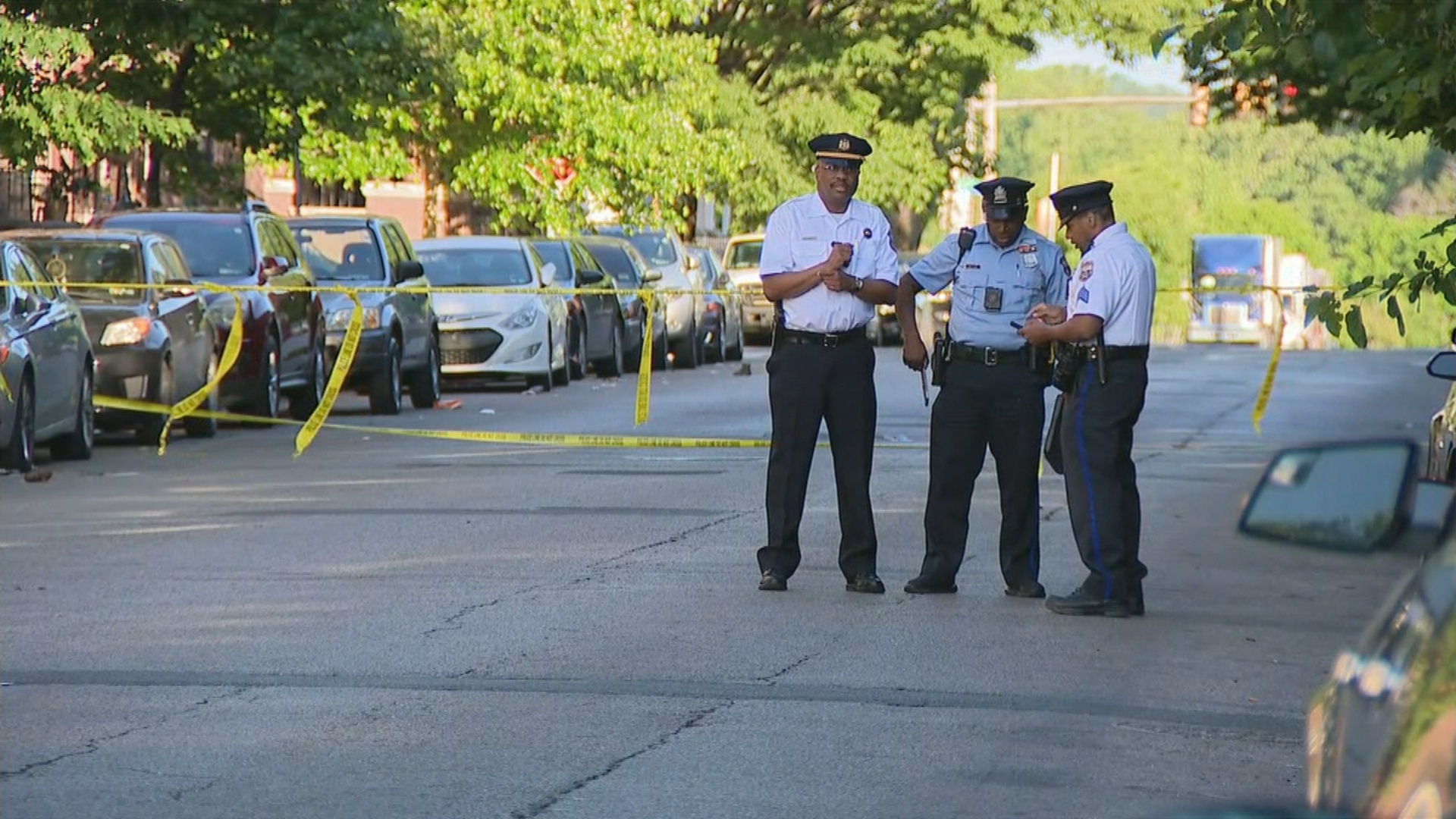 The 20-year-old woman was shot once in her right forearm. She refused medical treatment, according to police.

A 31-year-old man was shot once in his left leg during a fight with another man in West Philadelphia, police say. The shooting happened on the 5900 block of Market Street just after 6:30 p.m. on Sunday. Police say they made an arrest and recovered a weapon. The man was placed in stable condition.

In Philly's Torresdale neighborhood, police say a 26-year-old man was shot once in his right leg. The incident happened on the 3900 block of Rowena Drive around 10 p.m. on Saturday. He was placed in stable condition.

If you have any information on the identity or whereabouts of the suspect in any of these recent shootings, police want you to give them a call.