PHILADELPHIA (CBS) -- A fight at a wedding reception ended with a guest shot in Philadelphia's Feltonville section. Police tell CBS3 the wedding was cut short due to a physical altercation between a group of women that ultimately led to a shooting.

On Wednesday just after 9 p.m., police responded to a shooting near the 4200 block of Macalester Street. When they arrived, they found a 26-year-old woman with a gunshot wound to her leg. She was placed in stable condition at Temple University Hospital.

Police say a fight between several wedding guests eventually spilled to the outside of the wedding venue. The argument broke out over a shot glass, according to authorities.

Police say the shooter was scared, so she drove herself to the police station. She then turned in her gun and did everything she was supposed to, police say. She has a license to carry.

Authorities are now investigating whether her actions were justified. Police say this may be a self-defense case. 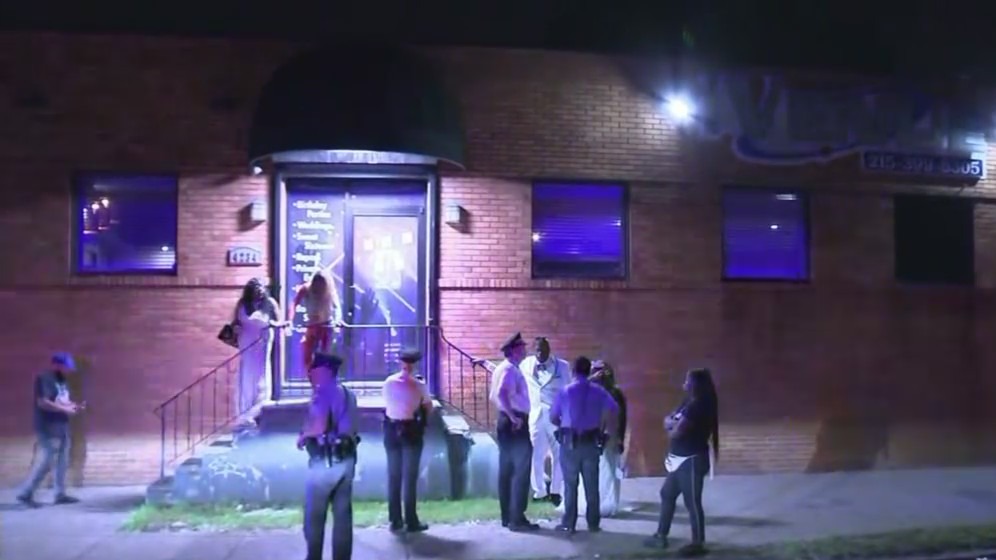 "It was supposed to be a happy moment, a wedding where people were dressed up, very nice," Chief Inspector Scott Small said. "There were also children, some people brought their young children, boys and girls, and this argument, fight just went into a shooting. So, very unfortunate and tragic incident."

Police say they interviewed about 50 guests along with the bride and groom.

All parties involved in the incident are known to the police.