PHILADELPHIA (CBS) --Temperatures soared into the 80-degree range on Thursday. This spring warmth, however, will help set the stage for a severe thunderstorm threat as a strong cold front moves across the region during the afternoon. 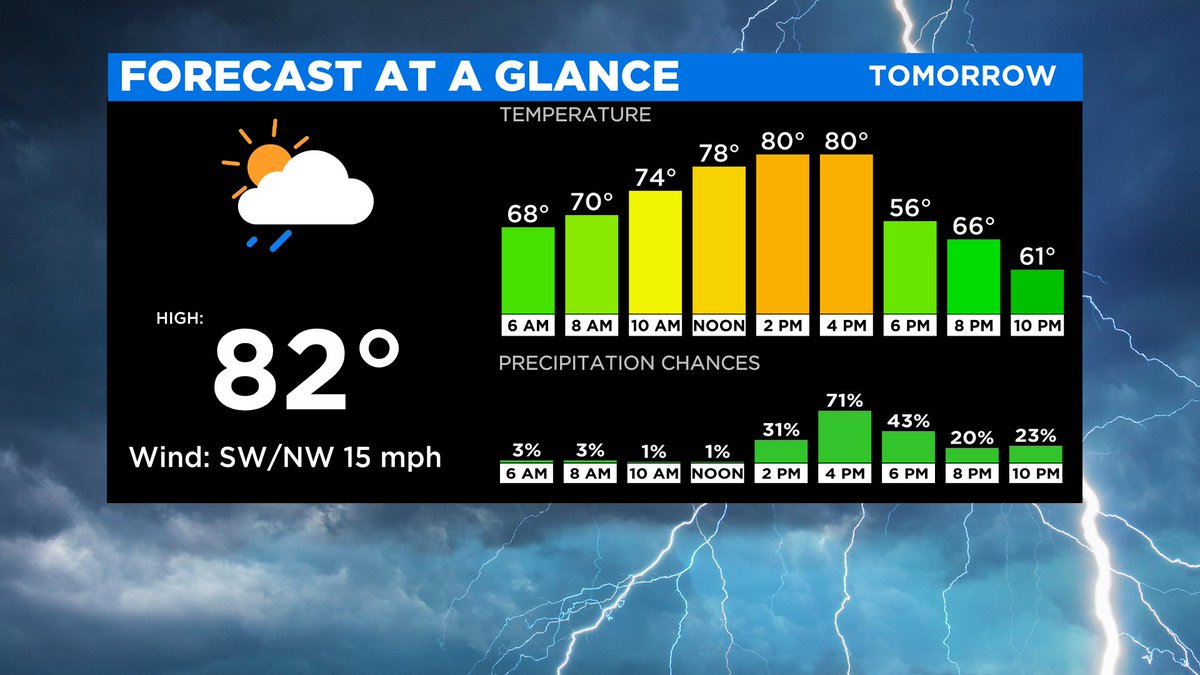 The Storm Prediction Center has issued a Slight Risk (Level 2 of 5) of severe weather for Philadelphia, Delaware, Chester, Montgomery, Bucks, Eastern Berks and the Lehigh Valley Counties in Pennsylvania, northwest Gloucester, northwest Camden, and northwest Burlington Counties in New Jersey and northern New Castle County in Delaware and a Marginal Risk (Level 1 of 5) for the remainder of the region.

The main timeframe of concern will be between 1 p.m. and 8 p.m., with activity starting far west and moving east toward I-95. 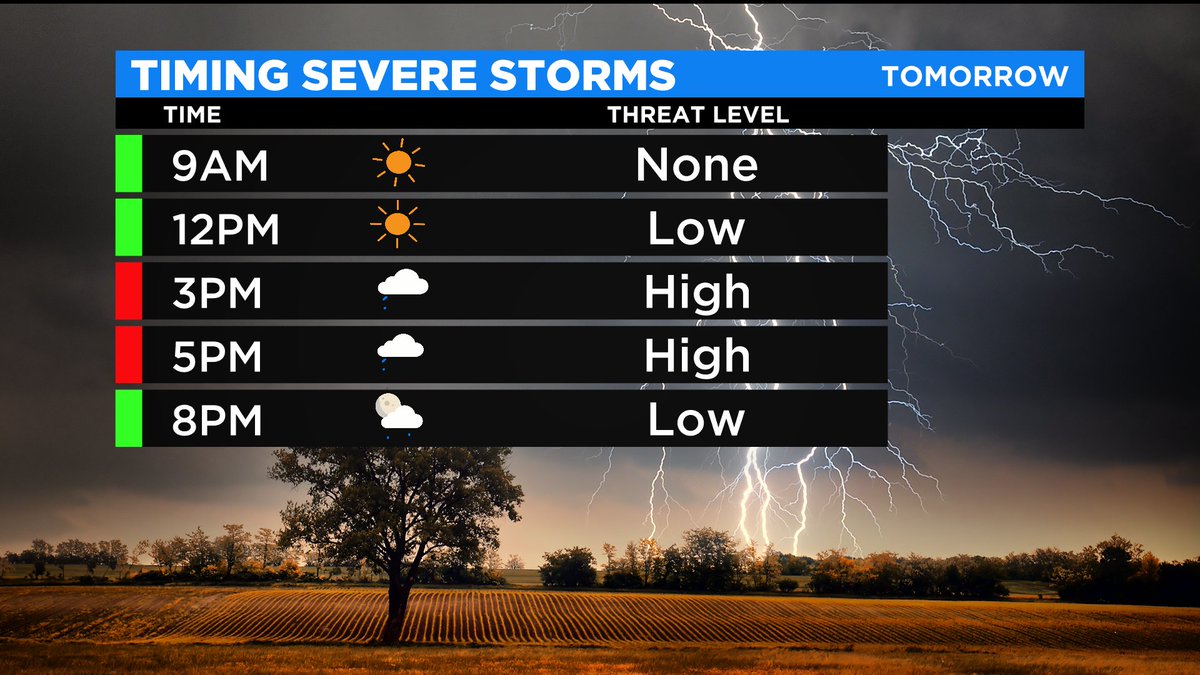 The highest likelihood for storm activity in Center City will be between 3 p.m. and 6 p.m. but stay tuned to the evolving forecast as this timing may shift a bit.

The main threat will be damaging winds, but frequent lightning, brief heavy rainfall and hail may also occur.

The tornado threat appears low, but a spin-up tornado cannot be entirely ruled out. 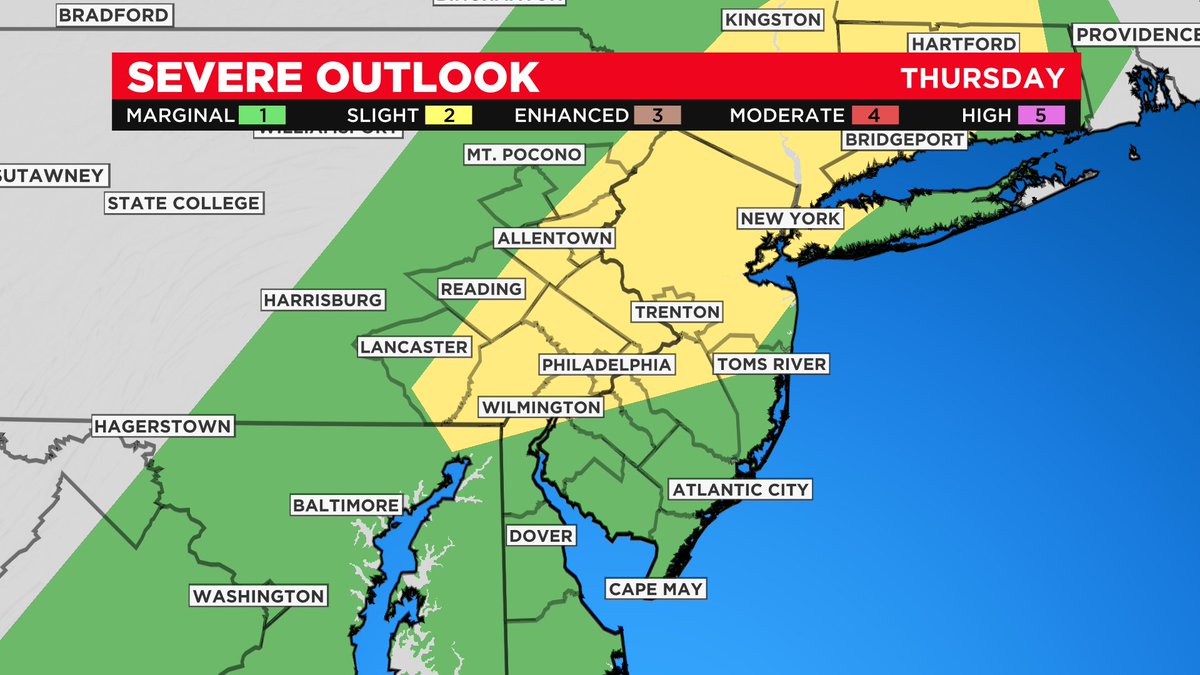 A few showers and rumbles may linger into the first half of the evening with clearing thereafter.

Thursday's system is the same system that brought tornadoes to parts of the South and blizzard conditions to parts of the upper Midwest, however, the upper-level atmospheric dynamics will not be as strong over the Delaware Valley as with these cases.