PHILADELPHIA (CBS) -- Tuesday is Pennsylvania's primary election, and Philadelphia officials want to make sure every vote counts so they sent out a "Voteswagon" to collect mail-in ballots. If you're looking to cast your ballot before Tuesday-- find the "Voteswagon." 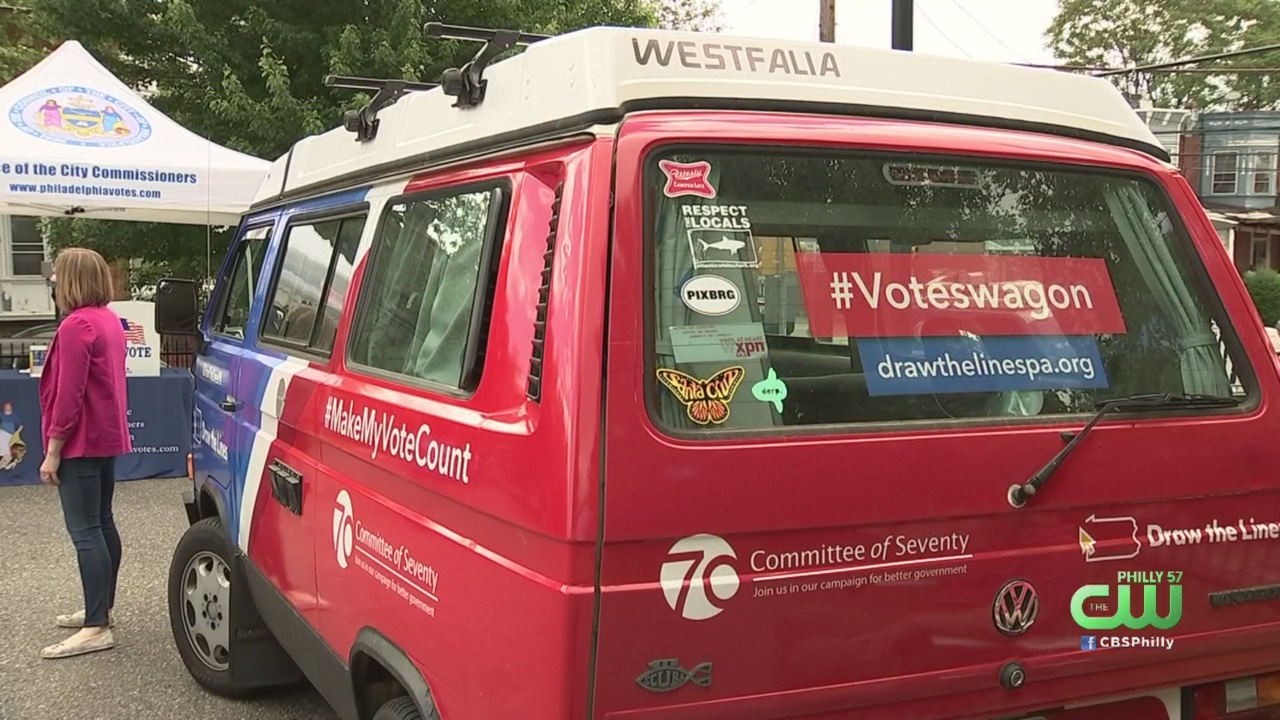 The committee of Seventy and the city commissioners office have joined forces in Philadelphia over to the next few days to make sure anyone with a mail-in vote can get it counted ahead of the Pennsylvania primary.

"Voting is important and we want to make sure anyone can vote in the most convenient way for them," city commissioner Al Schmidt said.

The bus will make 10 stops throughout Philadelphia between Sunday and Monday evening- this Saturday mornings outpost was Boys Latin charter.

"Frequently with the postal service people get their ballots closer to Election Day so we wanted to set up an option to submit their ballots in person," Schmidt said.

And in turn, assurance their votes and voices are heard.

Over 200,000 people applied to vote by mail for the first time in a Pennsylvania election, according to Schmidt.

"We're very aware now of how important this election is so we want to be counted," Ethel Nichols said.

"This kind of innovation, I hope, shows people how important voting is," Carolyn Nichols said.

"It's the bottom line. Try and make voting as simple as possible for voters," Schmidt said.

Votes must be received in the county election office by 8 p.m. Tuesday.