PHILADELPHIA (CBS) -- The Philadelphia School District is investigating after a parent says a teacher let his child make a wooden gun. That shop class project now has a teacher in the hot seat and a father demanding both answers and accountability.

"He was coloring it in getting ready to put all the shapes on it. All the patterns on here. And there's a little clip on the bottom," Chariez Scott said, showing CBS3 the wooden gun. 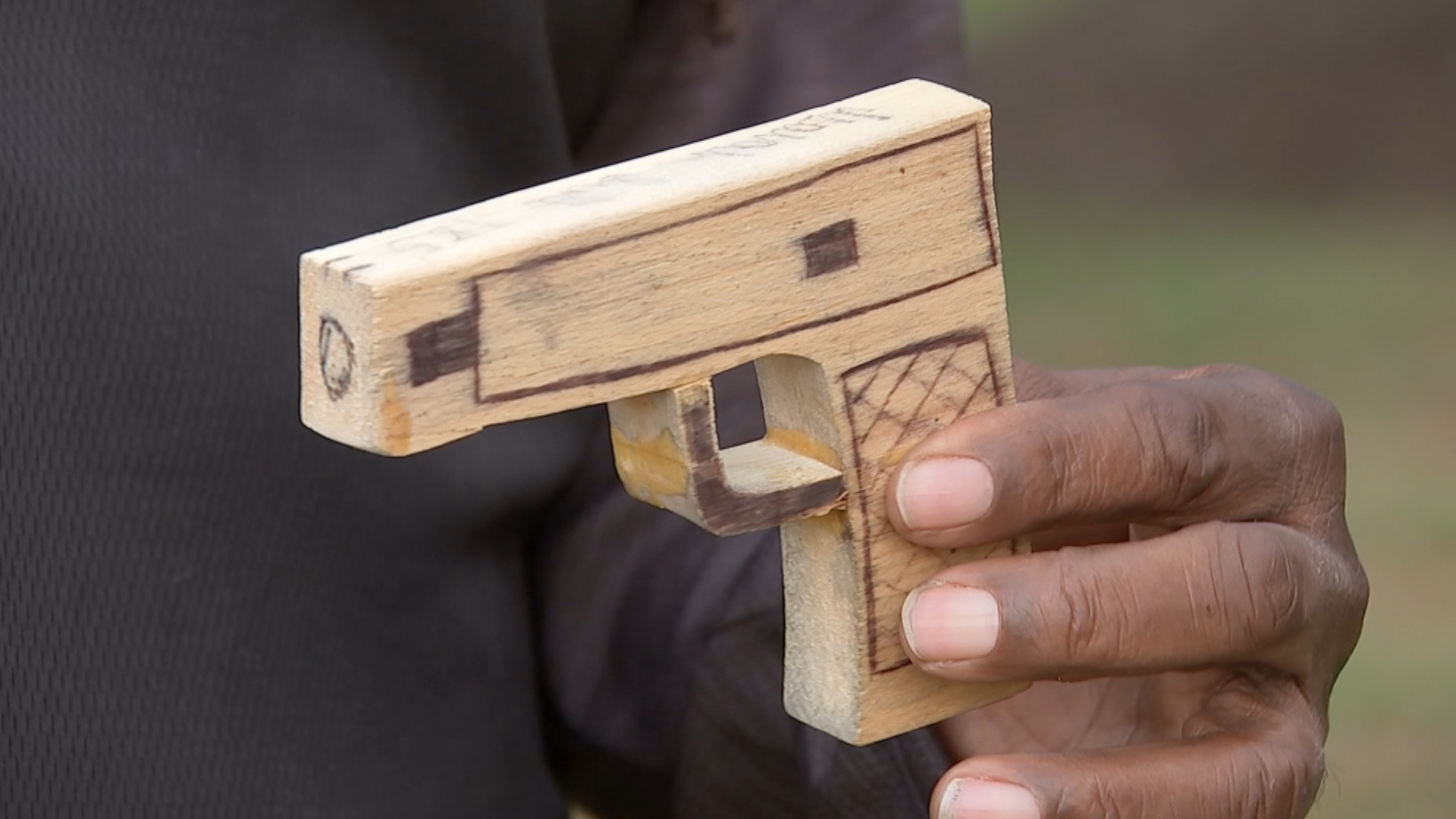 Chariez Scott said his 14-year-old son was horsing around with his brother, playing with this wooden replica of a handgun. The problem? Scott doesn't let his boys play with these types of toys.

"If he had colored this in like he wanted to, you would've never knew what it was. You would've said he had a pistol in his hand," Scott said. "And this is what he made in shop in class."

The Philadelphia School District acknowledges a complaint was made on Oct. 4 against a carpentry teacher at Austin Meehan Middle School who allegedly allowed a student to produce a wooden weapon in class. Per the district's policy, "any weapons, including simulated, replica, toy or look-alikes are prohibited from all school property."

Scott said of the teacher, "He's an adult, he has a strong responsibility over those children. Do the same thing for him. Hold him accountable for what he did."

Other parents weighed in, and many are concerned after this week's lockdown following a second shooting near a school.  The latest one was just blocks away outside Lincoln High School.

"That's definitely bad," another parent said. "Why would a teacher help make a gun? It's stupid."

When asked what his biggest fear would be if his son's wooden gun was colored in or painted, Scott said, "That he would've been killed."

The district says they are investigating and will not comment any further.