PHILADELPHIA (CBS) -- With gun violence in Philadelphia at epidemic levels, local organizations are joining forces to try to make a difference. Philadelphia police and other groups are holding a "Home Gun-Check Campaign" this weekend.

They're asking people to go through their homes, locate guns they don't want and turn them in with no questions asked.

It's been said bullets don't discriminate. Unfortunately, we've seen that firsthand this summer in Philadelphia.

Seven-year-old Zamar Jones was killed on Aug. 1. A 6-year-old girl was pierced by a stray bullet that was fired into a crowd less than a week later. And two more children were struck this past weekend.

So now there's a plea in the form of a gun check campaign from the police, city and religious leaders.

"Get those guns, run that room, see what's in there. Find out what's being hidden in your house. Take it out and turn it in," City Councilmember Cindy Bass said.

Two churches -- one in North Philly and the other in South Philly -- will accept the firearms on Saturday, no questions asked. 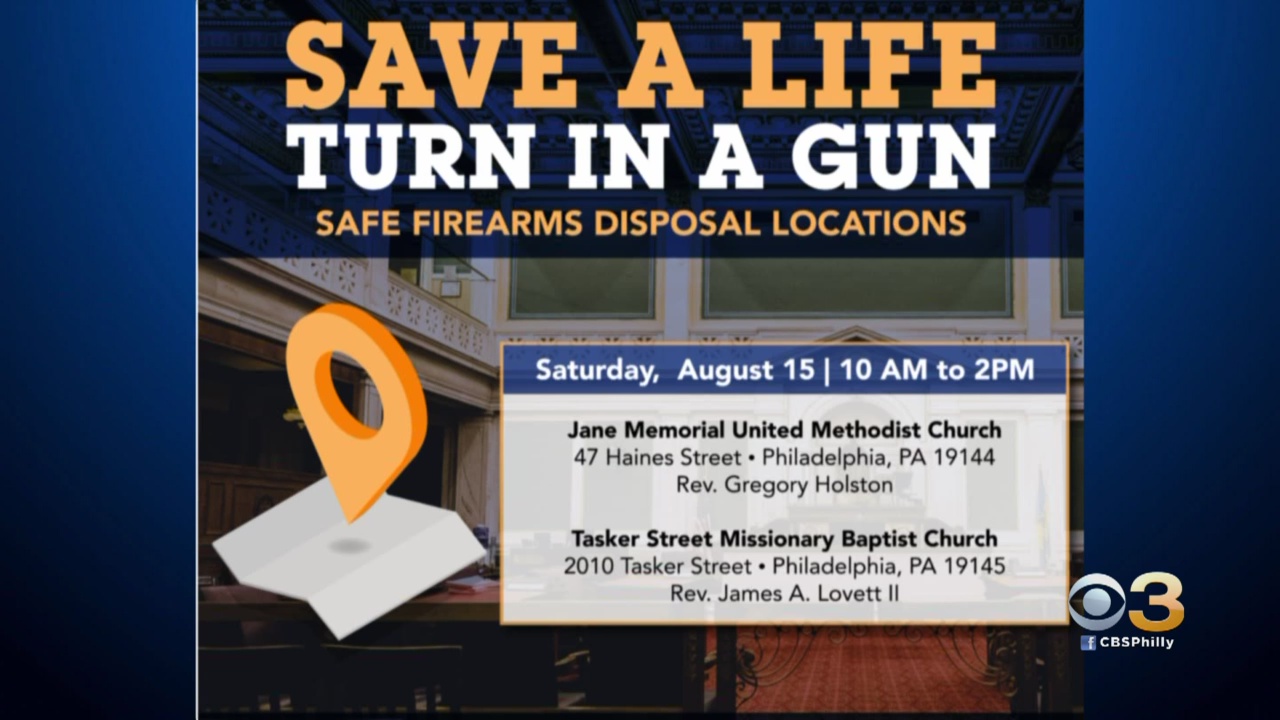 "It must be stressed that community members who submit firearms will not be asked to produce identification. In addition, the submission of a firearm will not trigger an investigation of the person who relinquished it," Philadelphia Police Commissioner Danielle Outlaw said.

This isn't a buyback program, organizers are simply hoping to appeal to your conscience.

"You can possibly save their life and the lives of other people," said Rev. Gregory Holsten with Janes Memorial United Methodist Church.

"You might be saving your child's life because gun violence is as dangerous as coronavirus," Councilmember Curtis Jones said.

Guns can be turned in this Saturday at Janes Memorial United Methodist Church and Tasker Street Missionary Baptist Church from 10 a.m. to 2 p.m.

CBS3's Greg Argos and Howard Monroe contributed to this report.