Videos posted on social media captured the crowd, estimated to be as large as 250 people, gathered near the intersection of 28th Street and Cecil B. Moore Avenue.

"Turns out the crowd was there listening to a DJ playing some music and because of social media, the crowds grew really large and very rapidly," Small said. 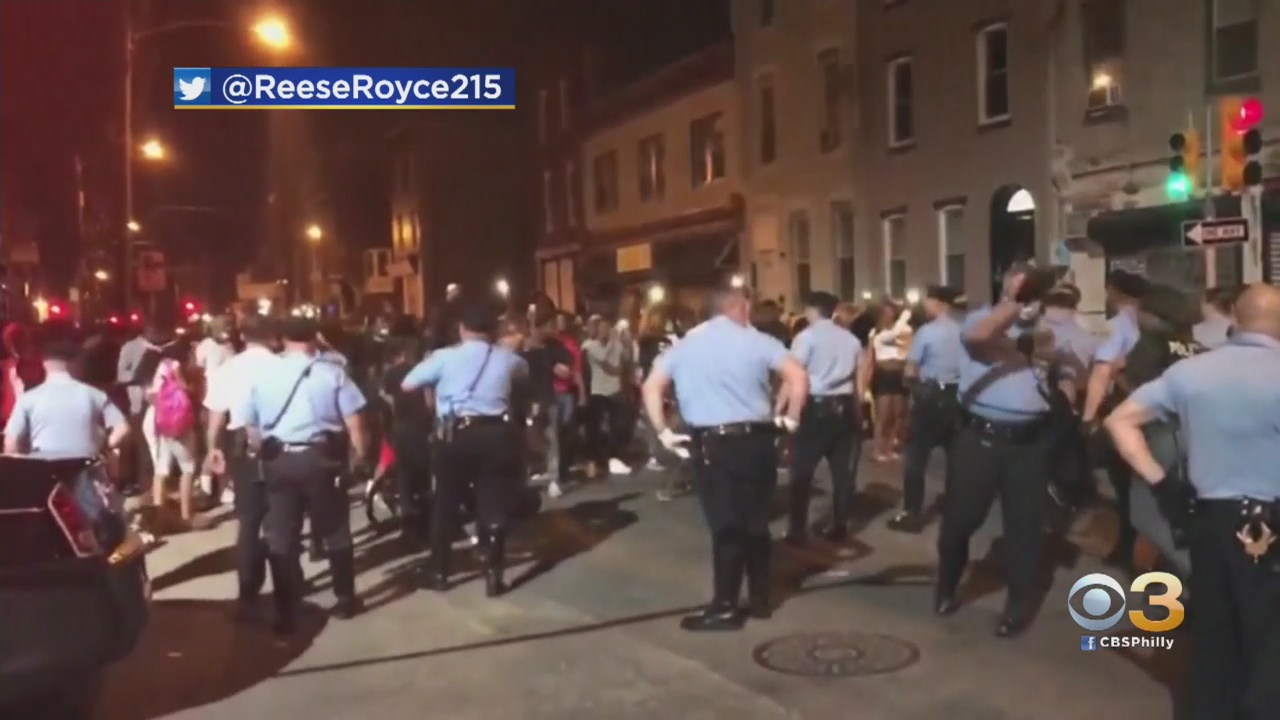 Several people called 911 just before 9 p.m., which brought officers, supervisors and commanders from across the city to help disperse the crowd, a task that took about an hour.

Police arrested one man for disorderly conduct after they say he refused to leave and then put his hands on an officer.

Officers arrested a second man after they found an illegal gun in his car. Police made the discovery after the man left the gathering and got into a minor car accident.

White House coronavirus response coordinator Dr. Deborah Birx warned over the weekend that gatherings like this one can be deadly.

"You don't know who's infected," she said. "And so we really want to be clear all the time that social distancing is absolutely critical."

No one was hurt and no one was cited for violating the city's stay-at-home order.