PHILADELPHIA (CBS) -- The year 2021 is on track to be one of the deadliest years for bicyclists in Philadelphia. The latest fatal incident involves a deadly hit-and-run crash that happened Tuesday night on Roosevelt Boulevard in the city's Summerdale section. A witness told police the victim was crossing the boulevard at Adams Avenue when he was struck and killed.

And then the driver took off. 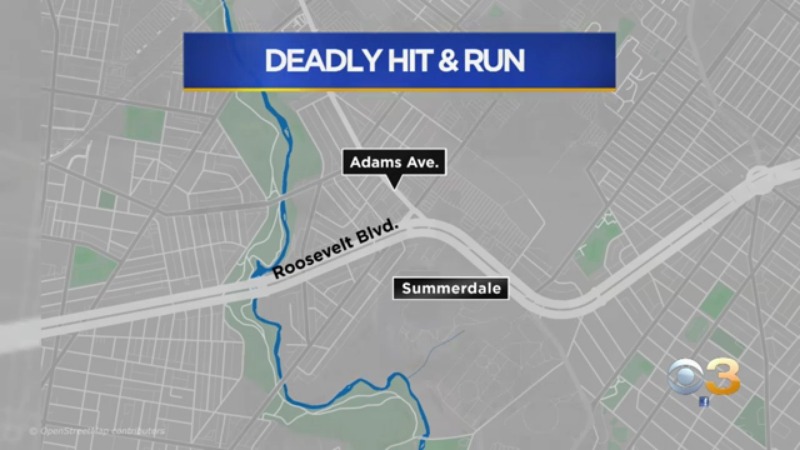 The hit-and-run happened around 7:30 p.m. when it was dark outside.

Police are now looking for a White and Blue Ford F-150 truck that officers say struck and killed a cyclist. 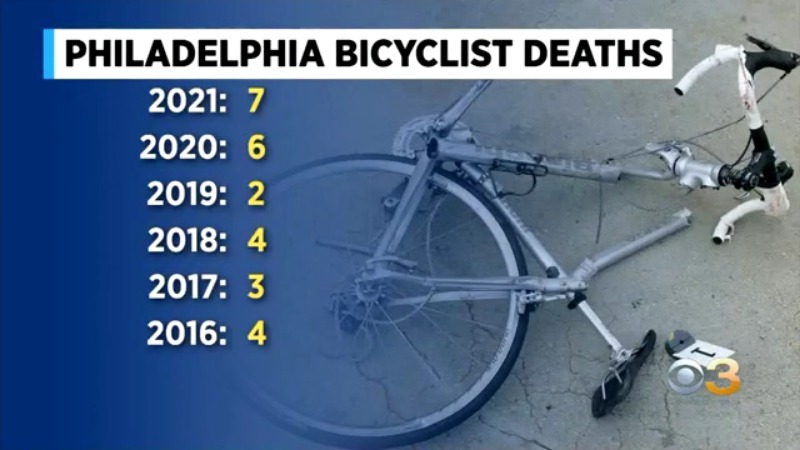 But last night's victim is the seventh bicyclist to be killed in Philly so far this year. That's more than any year since at least 2016.

Why are more cyclists dying in the city?

"Because people are being irresponsible driving their cars," Mayor Jim Kenney said. "It's a simple equation. It's a terrible equation but it's simple. people are lead-footing around this town. They're buying muscle cars like crazy. And they're driving like idiots."

The mayor isn't wrong. Eyewitness News captured a driver blowing right through the red light at the same intersection where that bike rider was killed. 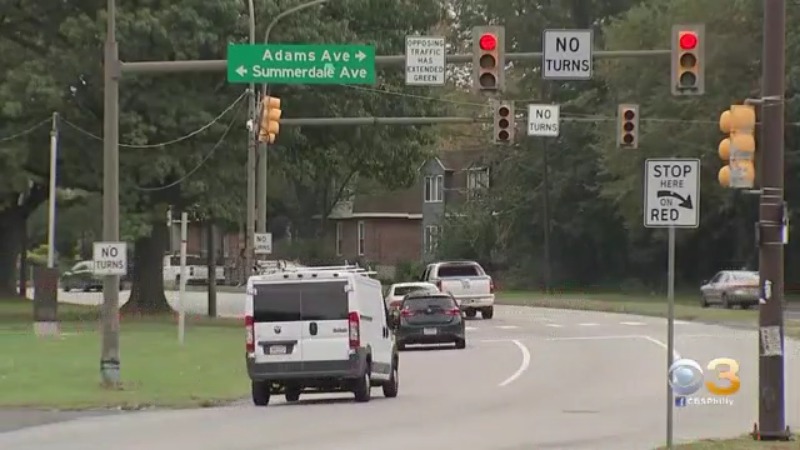 "All traffic deaths are avoidable," Randy Lobasso, of the Bicycle Coalition of Greater Philadelphia, said

City officials have previously committed to building more protected bike lanes with a 2020 goal of 20 miles but missed that mark.

"We're gonna be just about 20 now, which is in fact a year late." Mike Carrol, of the Philadelphia Transportation office, said. "But we want to get some projects done in light of what happened with the delay of the pandemic. So I feel like we're not far off track."

By 2025 the city wants to have a total of 40 miles of protected bike lanes.

The bicycle coalition says the city is safe to bike in but there is still reckless driving behavior leading to death which needs to change.