PHILADELPHIA (CBS) -- As of Thursday, the number of homicide victims in Philadelphia this year is up to at least 314 people. That's up 35% from this time last year.

Philadelphia now has the highest murder rate in the country per capita of the country's 10 largest cities.

Now, we're getting a look at the areas hit hardest by the gun violence. 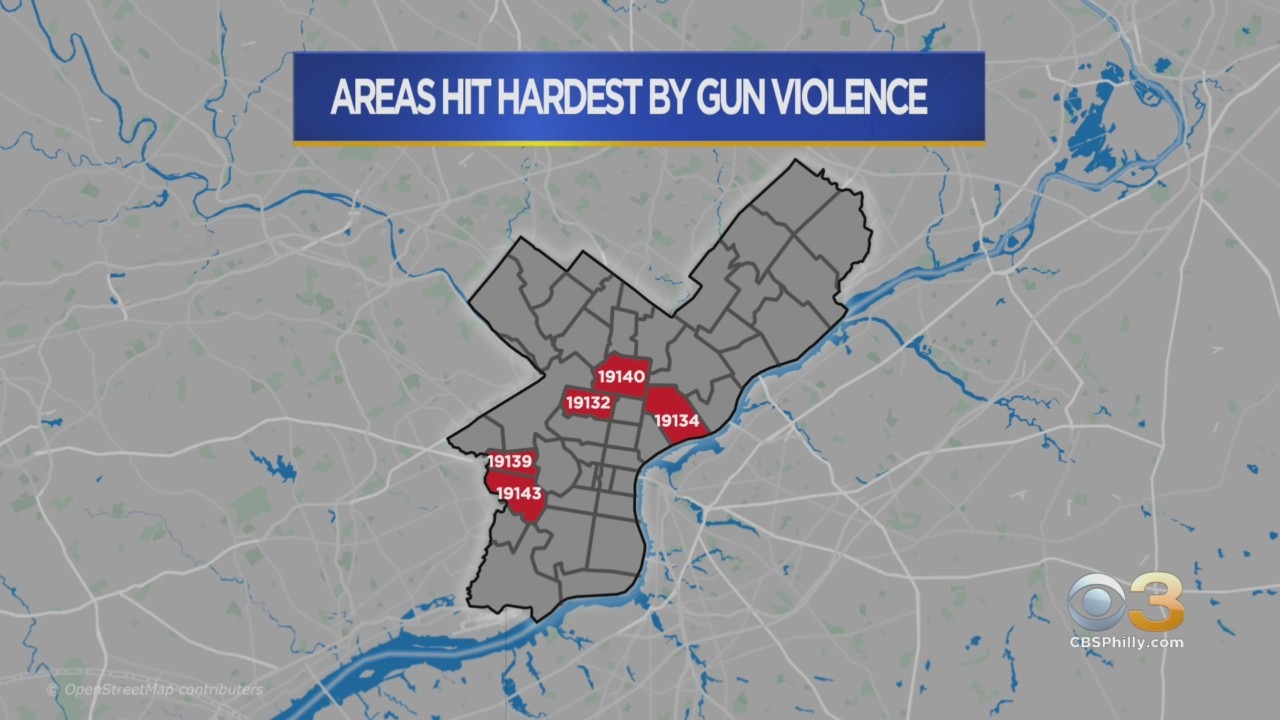 As the death toll continues to climb at a record-breaking pace, some city leaders are demanding action from the mayor.