PHILADELPHIA (CBS) -- Eyewitness News has looked into the data of shootings this year and found the number of victims of gun violence is way up in 2021 in Philadelphia. One of the city's most recent shootings happened early Friday morning, leaving a mother of two children now fighting for her life. 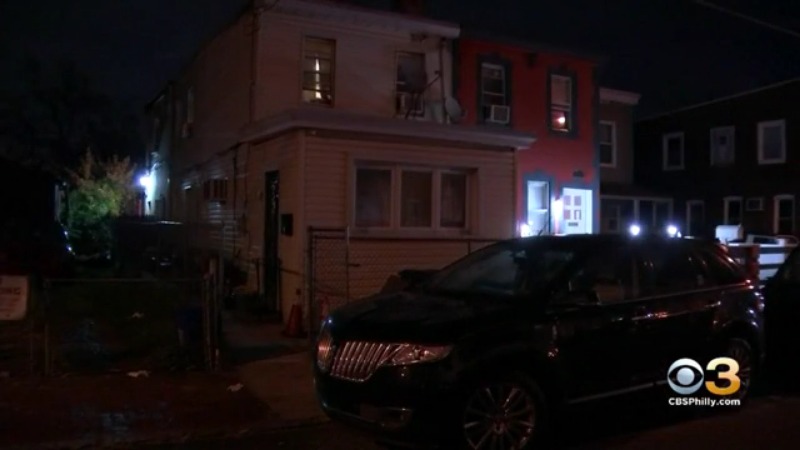 The shooting occurred on the 2000 block of Plum Street by Torresdale Avenue in Frankford. The shooting was the latest in a disturbing trend in Philadelphia in 2021.

The victim is now listed in critical condition but is expected to survive.

She's also now among the more than 2,000 people shot in Philadelphia so far this year.

"It's an epidemic," Chip Gallagher, the chair of the Criminal Justice Department at La Salle University, said.

Data obtained by Eyewitness News shows the total number of people shot year-to-date in Philadelphia since 2018. 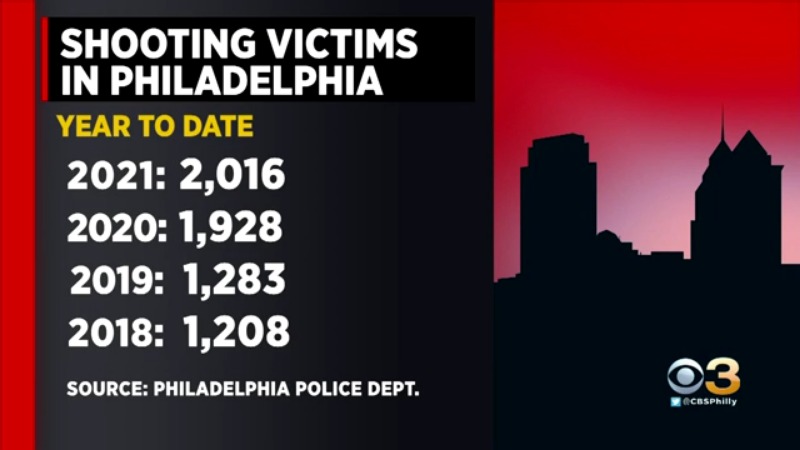 "Social scientists are really, a lot of us are scratching our heads about why these numbers are rising everywhere in large cities around the U.S.," Gallagher said. "And a lot of it comes down to what we think are the effects of COVID."

Some effects include the closure or shortening of hours of places kids would go to when not in school.

"What went away because of COVID are things like recreational centers or youth employment programs," Gallagher said.

When does Gallagher expect to see the city's gun violence start to trend downward again?

"As COVID disappears and these community resources become available again, hopefully, what we'll see is movement down in these very, very sad numbers."

The city's homicide rate is still on pace to be a record-breaker in 2021. Philadelphia has seen more than 470 homicides year-to-date with a month and a half left until 2022.