PHILADELPHIA (CBS) -- Surveillance video shows the moment a beachfront condo collapsed in Surfside, Florida, just north of Miami Beach. Officials say at least one person is dead and at least 99 are unaccounted for.

Fire and rescue crews here train for situations like the building collapse in Miami. In fact, a member of Philadelphia's own fire department trained with some of the people in Miami.

"It is a sad day and it takes me back," First Deputy Fire Commissioner Craig Murphy said.

"It's anticipating as you're responding what we have. What's the worst-case scenario," Murphy said.

That scenario is continuing to play out for those responding to the overnight, partial collapse of a condo building near Miami. 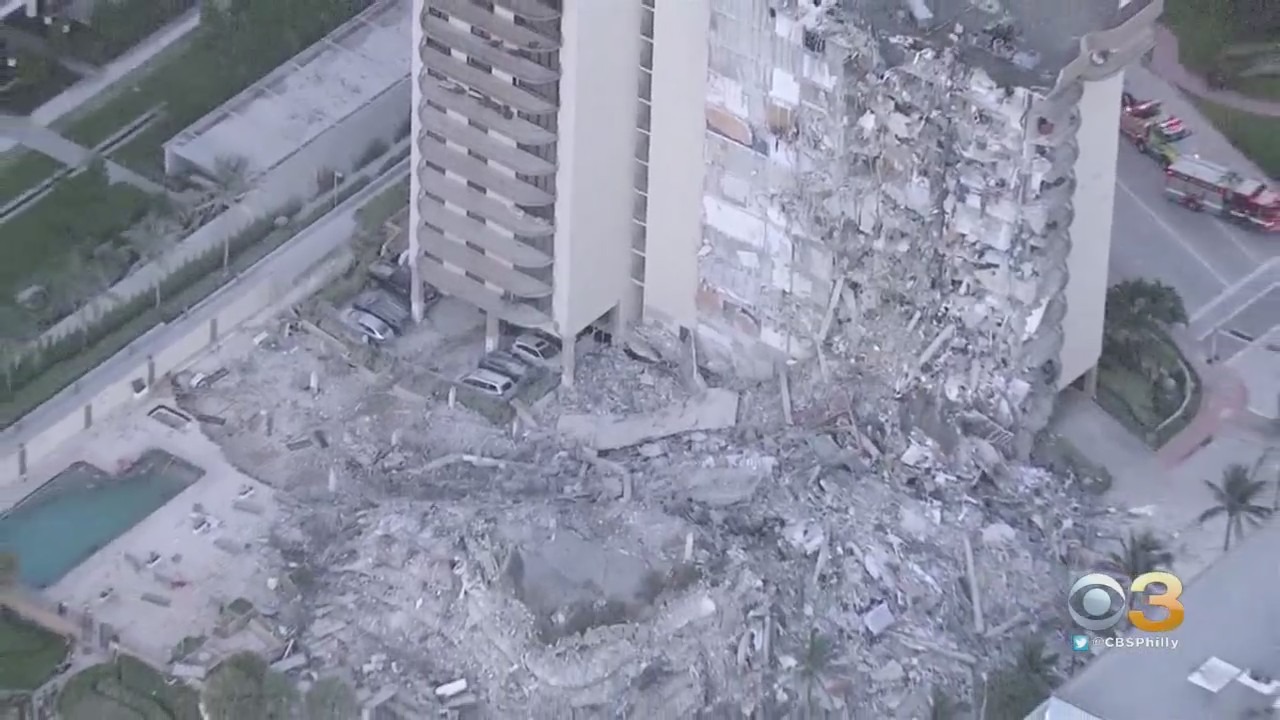 Murphy takes us back to 2013 and his arrival at the scene of the Salvation Army Store in Center City that collapsed, next to an active demolition project, and the scramble to save lives.

"That response was fortunate that it happened where it happened because the firehouse was right up the street," Murphy said.

It was an all-hands operation with scores of emergency crews and city organizations joining the frantic search and rescue efforts, digging through piles of rubble until finally a miracle.

"We ended up pulling somebody out of there 17 hours later," Murphy said. 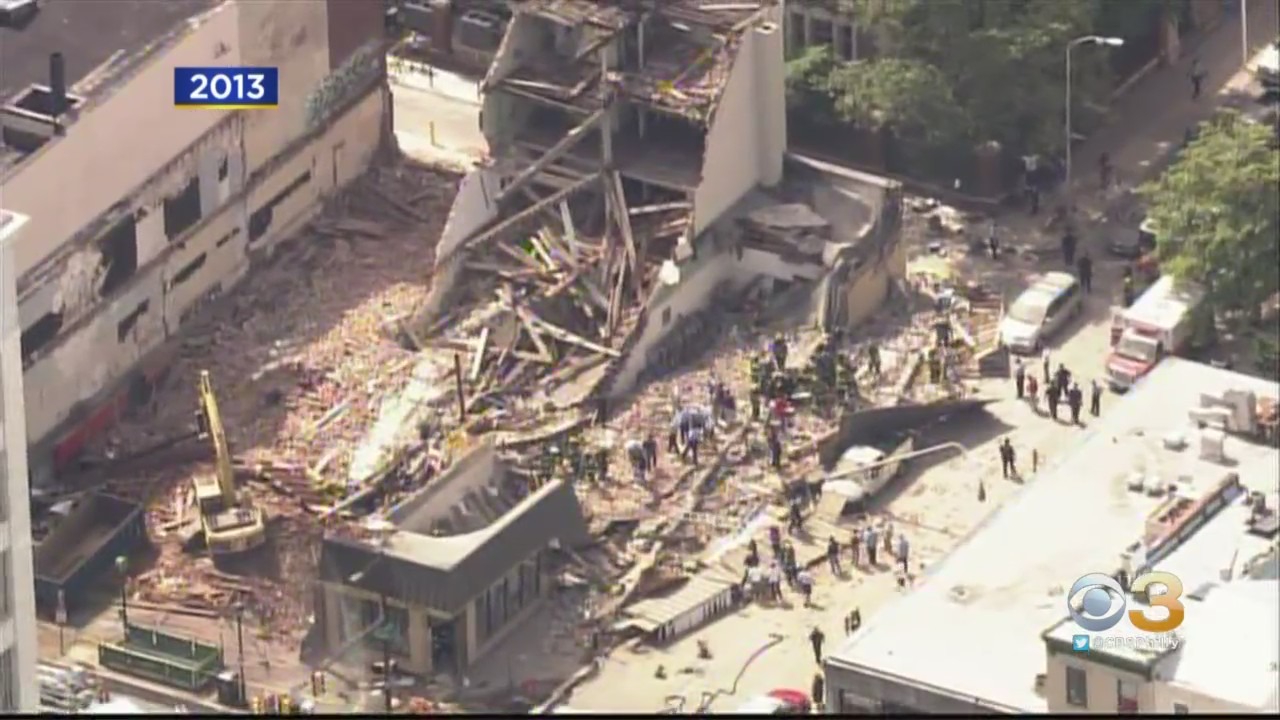 Six people were killed during the initial collapse, but Philadelphia fire crews are trained to handle these tragic scenes.

A tragedy was averted just a couple of weeks ago when a Philadelphia fire engine crashed into a building on Girard Avenue. No one was killed, but there were some injuries. 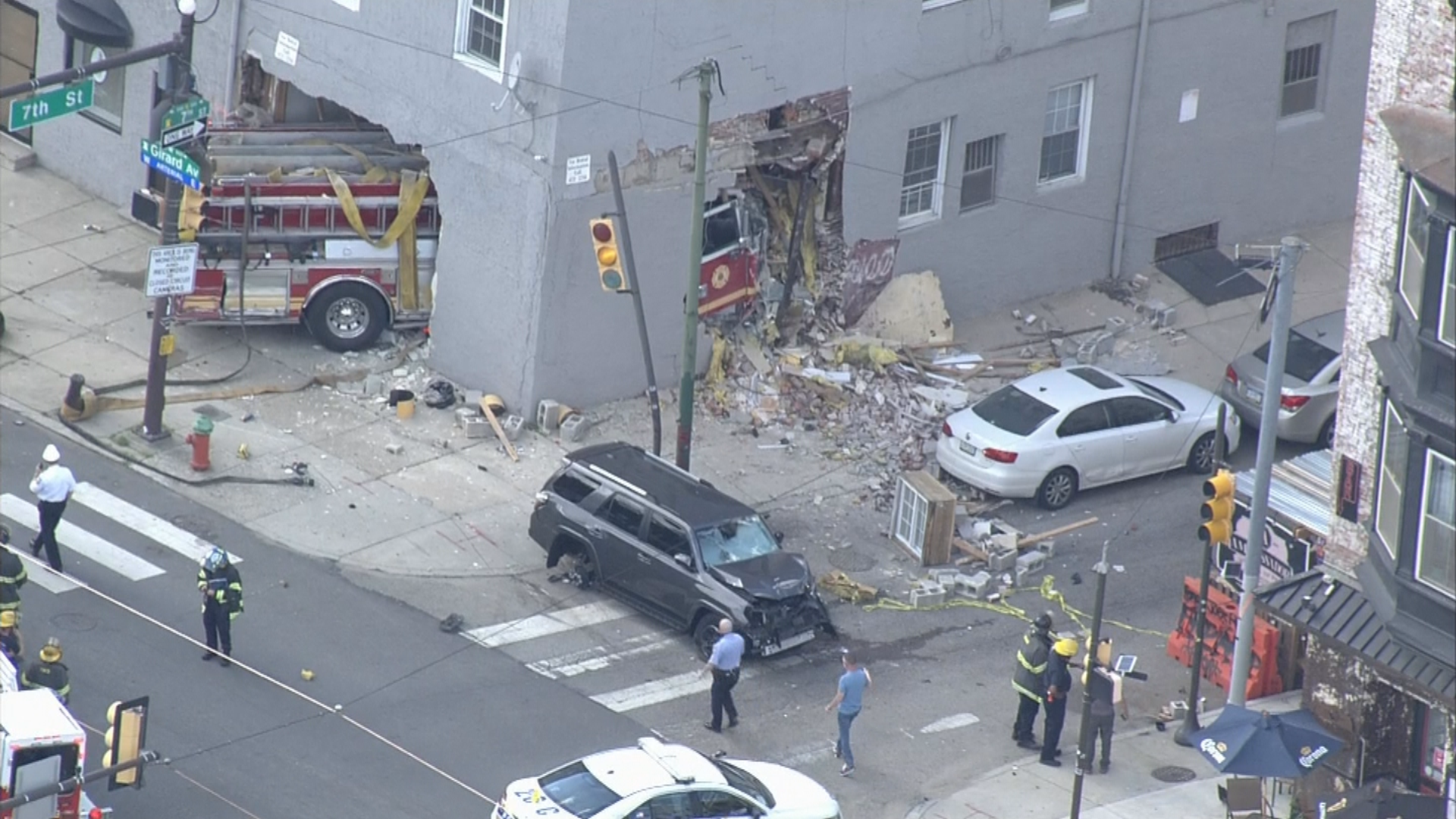 "We have three companies in the city that are trained in technical rescue, " Murphy said.

Murphy has close ties to fellow firefighters in Miami. He's lived through the nightmare facing them in what's anticipated to be a days-long event.

Murphy says he also responded on 9/11 so he understands the gravity of the situation unfolding near Miami.