You might not know that Councilwoman Joan Krajewski is part Irish, but she is, and she is definitely not smiling. She says T-shirts being sold by New Jersey-based Spencer Gifts with captions like, "Instant Irishman: just add alcohol" are racist. 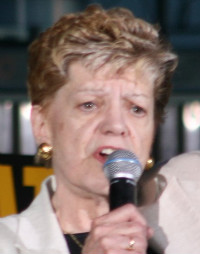 "It's derogatory and the Irish people, it makes them look like they have no morals, and we're a bunch of drunks!"

Krajewski wants the shirts off the market but the luck of the Irish is not on her side. Spencer's General Counsel Kevin Mahoney says the shirts stay.

"As a son of Erin, I certainly respect their opinion, but I have investigated it, and virtually every Irish shop sells the same type of shirts."