PHILADELPHIA (CBS) -- Police are investigating two carjackings in Philadelphia overnight on Monday, including one where a 1-year-old child was in the backseat. Luckily, he was reunited with her mother, but as we've seen in the past some of these carjackings have had worse endings.

These carjackings took place less than a week after multiple suspects were arrested for carjacking Congresswoman Mary Gay Scanlon.

It's a trend that's headed in the wrong direction.

"Everything has gotten out of control," said Chinita Bradshaw with the group Philly Truce. 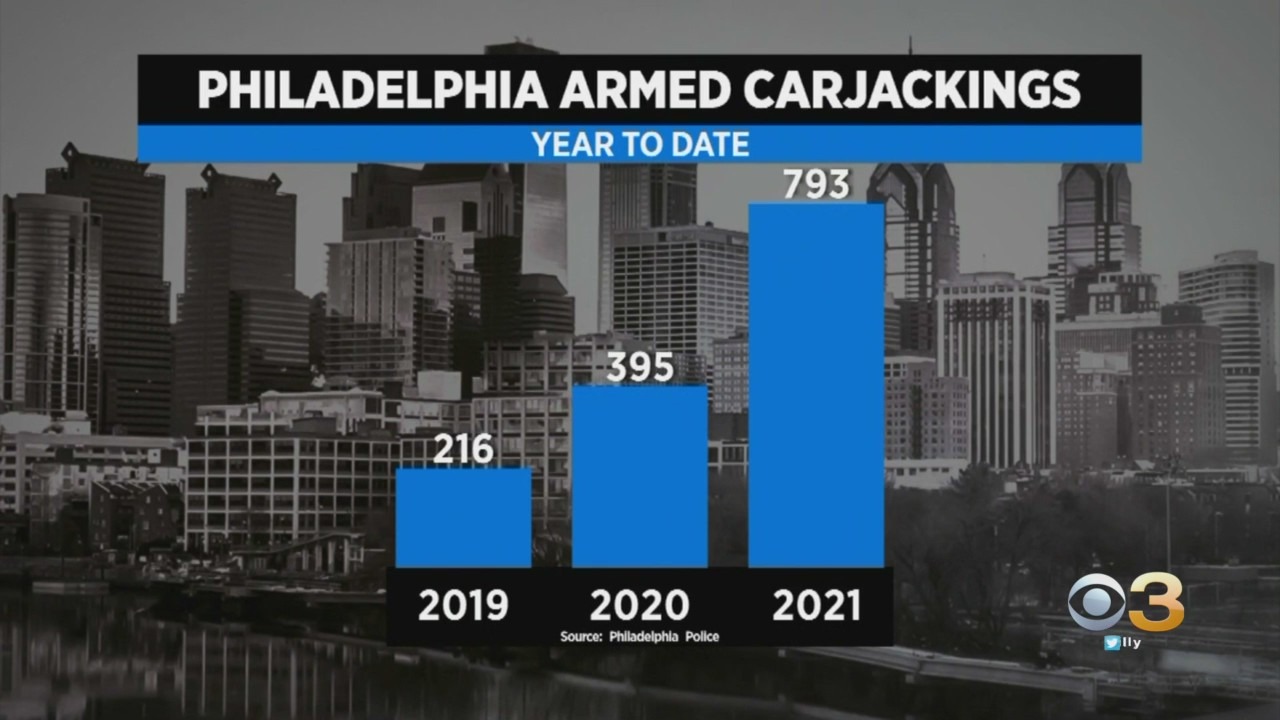 "It's really sad to even take a child through some trauma like that as far as any type of carjacking," Bradshaw said.

Philadelphia police say around 11:30 Sunday night they responded to 27th and Cambria Streets for reports of a woman screaming.

They arrived to find a 33-year-old woman who said carjackers drove off with her black 2017 Dodge Journey and a 1-year-old boy. She told officers she only ran into the store for five minutes.

"Many of these cases are very hard to solve. The individuals committing these crimes cover up. They are not really showing themselves to the complainant," Philadelphia Police Chief Inspector Frank Vanore said.

Officers were able to locate the vehicle unattended and the child on the 100 block of Apsley Street around 1 o'clock Sunday morning.

Neighbors say the child was left on someone's porch.

"The carjackings that are occurring, it's not one big group doing carjackings. We have some patterns throughout the city," Vanore said.

Before this, a 25-year-old man was shot in the left shoulder during a carjacking, then his SUV was stolen. He was transported to Presbyterian Hospital, where he was placed in stable condition, according to police.

Police say there are things you can do to protect yourself.

"If you are confronted and someone demands your car, the first thing you should do is exactly what occurred yesterday when the congresswoman was confronted," Vanore said last week. "You give up the car because the car is not worth more than your life. Try to keep your cell phone in your pocket, not laying in the car somewhere."

Bradshaw says the violent spree is just one of the reasons her group, Philly Truce, patrols the streets the way they do.

The group is advising people to be cautious of their surroundings, and if you see anything suspicious follow your instincts.

Anyone with information about these incidents is asked to contact police.