PHILADELPHIA (CBS) -- Caught on camera: neighbors step in during an attempted car theft in Philadelphia from last weekend. Security video shows a sedan parked with its blinkers on and front door open on the 800 block of Uber Street in Philadelphia's Francisville section when someone walks around and gets in the passenger side.

Moments later, someone wearing a hoodie rushes into the driver's seat and appears to put the car into drive. 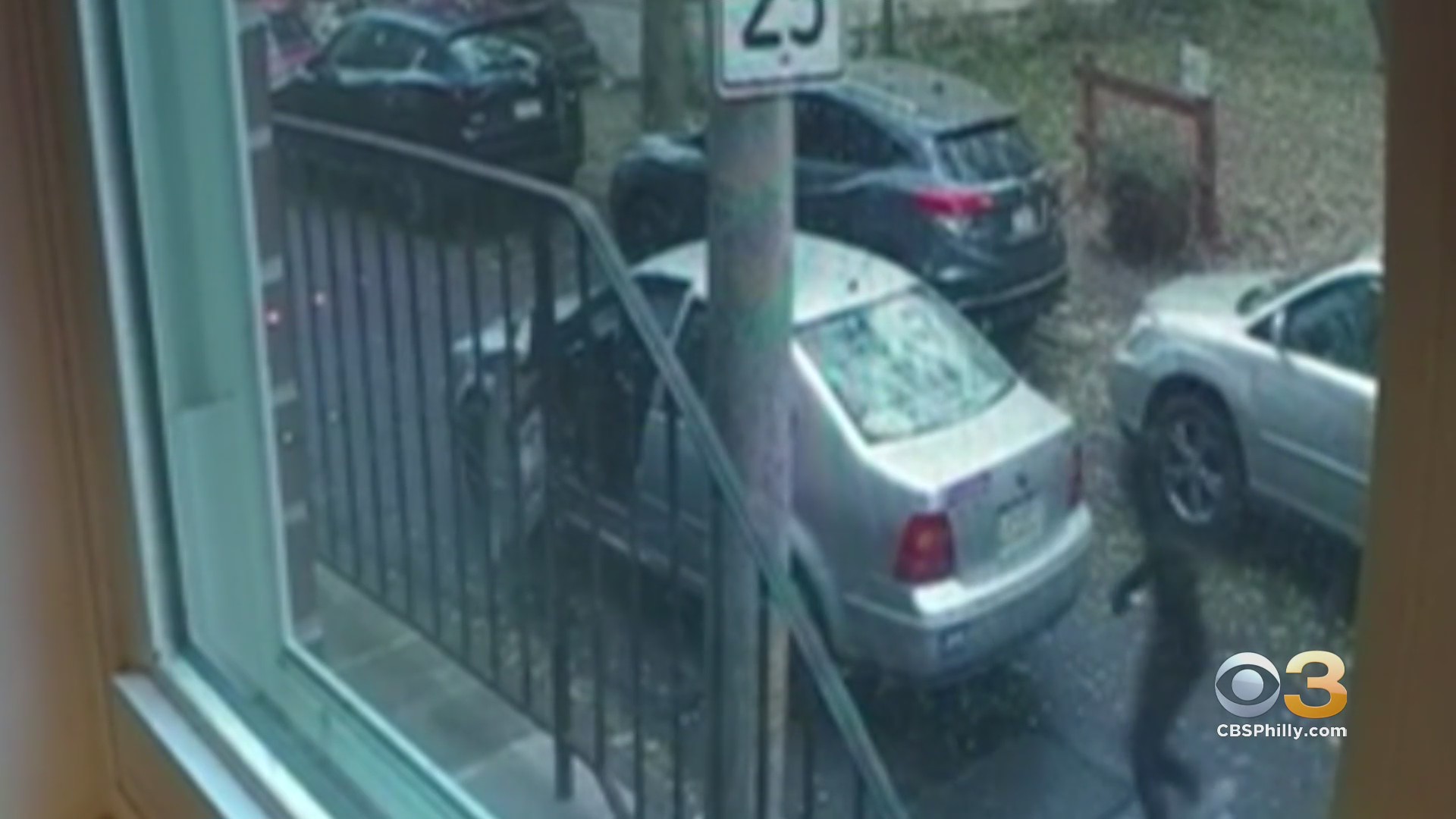 "My neighbor was loud and at one point I think my neighbor said, 'We need more people out here!'" Eric O'Callaghan said. "So that was my cue. I think I need to throw on my shoes now."

O'Callaghan and other neighbors are then seen coming outside to help as the delivery driver gets the person out of his car.

"He was kinda shook basically is all I could describe it as," O'Callaghan said. "I think we all kind of were. I was definitely shocked."

Police want to remind drivers on how to avoid car thefts. Some ways to avoid them are to take your keys with you, keep the doors locked, and make sure your windows aren't open.

Police say carjackings have skyrocketed in Philly this year.

"Makes you not want to be in the city anymore," Hubert Brown said.

As for the delivery driver, neighbors say he drove away unharmed.

"I did ask him if this was his worst experience or worst day ever driving and he said he once got a parking ticket," O'Callaghan said. "And I said this is way worse."

Police haven't said if any arrests were made.