PHILADELPHIA (CBS) -- A Pennsylvania judge ruled against masks in public schools Wednesday. This comes just as Delaware's governor announced masks will be extended in the First State.

Masking students is getting complicated, and it depends on where you live.

Currently, masks are required in most schools in the tri-state region, but that could be changing soon.

The Commonwealth Court ruling says Acting Health Secretary Alison Beam did not have the authority to issue a school mask mandate and didn't comply with rules for setting regulations.

Here's the reaction Eyewitness News received from the health department:

"The secretary of health's authority is clearly outlined in existing law. The Department of Health has directed counsel to file an appeal today. Filing of the appeal will immediately stay the Commonwealth Court's decision."

The court ruling sided 4-1 with the ranking Republican in the State Senate and others who sued to challenge the masking order.

Senate Republican leaders applauded the court decisions, saying in a statement, "Today's ruling validates what we have said all along -- mask decisions should be made by parents and school boards, not unelected bureaucrats." 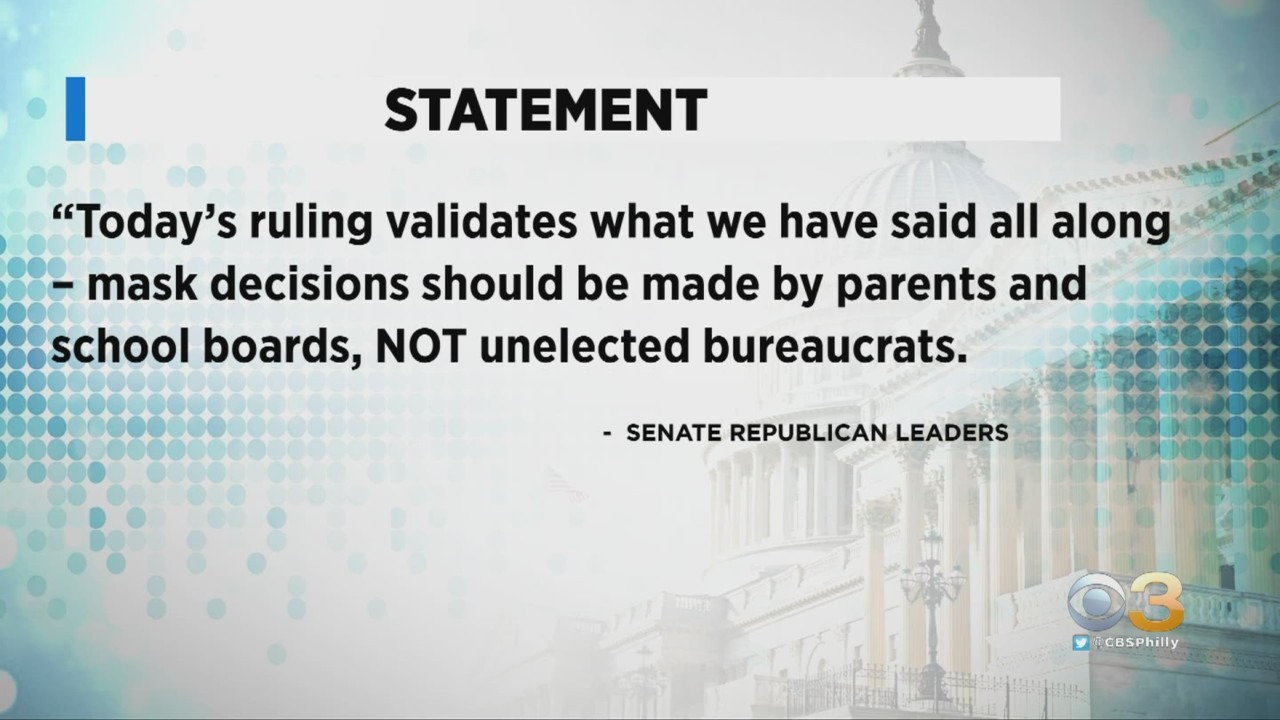 The ruling comes days after Gov. Tom Wolf announced the mandate would expire in January, allowing local school districts to decide on masking.

"Every day, we're getting more people vaccinated," Acting Physician General Dr. Denise Johnson said. "We're also getting kids vaccinated now and that should put us in a much different place as we get past the holidays."

State officials are focused on vaccinations, but COVID-19 infections among children have been increasing.

"There's a storm in the horizon and it's coming over," Dr. Jorge Rodriguez, a board-certified internal medicine specialist and viral researcher, said. "Yes, I think it's too soon to lift mandates for masks, especially in children at this point."

In Delaware on Wednesday, Gov. John Carney announced he was extending the mask school mandate that was set to expire in December.

"It's our hope that by February, we will be able to lift the state mask requirement," Carney said Wednesday. "Our focus over the coming weeks and months will be on increasing Delaware's vaccination rates. That's how we'll finally move past this pandemic."

The masking mandate in Philadelphia will stay in place for now. It covers all indoor locations, including schools.