TILDEN TOWNSHIP, Pa. (CBS) -- Two people are dead and multiple others are injured after a crash involving a school bus on Interstate 78 in Tilden Township, Berks County.

Chopper 3 was over the scene around 10 p.m. Tuesday night. 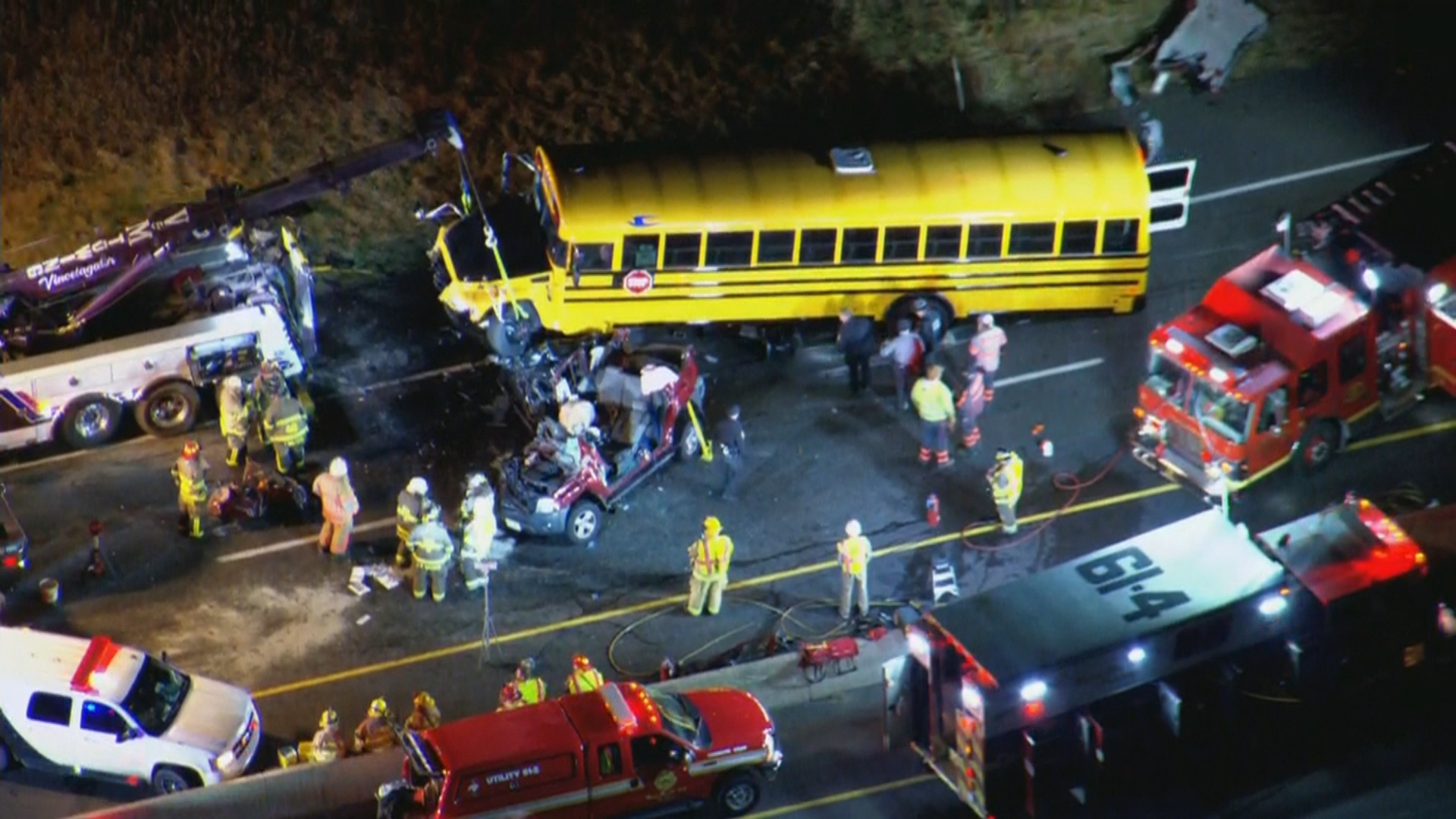 State Police say a Nissan Xterra, a Chevrolet Cruze, a tractor-trailer and the school bus were involved in the crash. There were no passengers on the bus.

According to authorities, the bus was in the right travel lane, where traffic ahead was stopped due to road work in the left lane. The bus then crashed into the Chevrolet Cruze and continued, also collecting the Nissan. The bus eventually stopped when it pushed the Nissan into the tractor-trailer.

The two fatalities include the 20-year-old driver of the Chevrolet and a front seat passenger inside the Nissan. The victims have not been identified at this time.

The eastbound lanes of I-78 shut down at Exit 19 right after the crash.