CHESTER, Pa. (CBS) -- Eight people were shot across the city of Chester on Monday — a violent day recorded in a city that needs help. That troubling statistic was met with a major development in a tragic homicide.

A month after they buried their 13-year-old son, the Davis family got news Tuesday from U.S. Marshals and police that four people are now held on first-degree murder in their son's killing.

"It's so bitter for me, man, not just because he's my son, he was one of these people that's once-in-a-generational kids. He wasn't selfish about himself because of his athletic ability he had," father Kyle Davis said.

Ny'Ques Davis had an infectious smile. The Chester eighth-grader was a natural talent on the basketball court and football field. 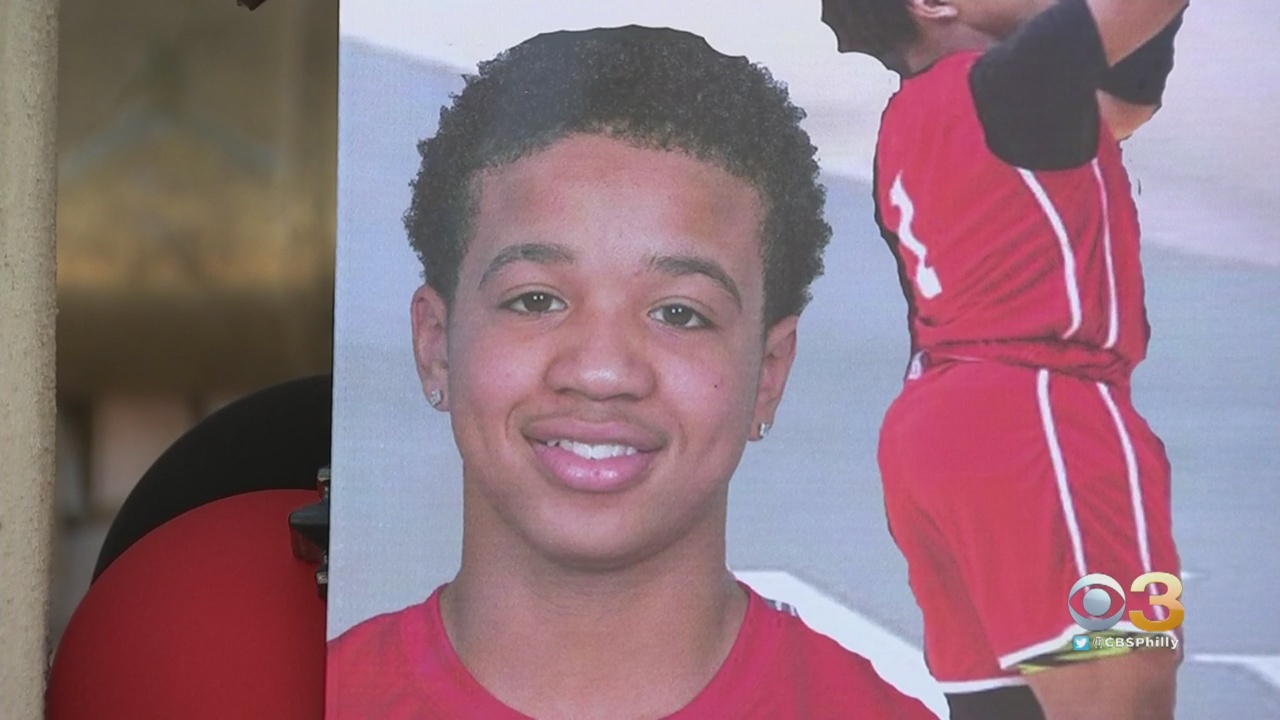 He was shot numerous times on May 3 behind Saint Katharine Drexel Church.

"He was targeted, he was chased down and he was executed in the middle of the day," Deputy District Attorney Matthew Krouse said.

His heartbroken parents have continued to celebrate his life. His graduation banner hangs proudly outside the family's twin home.

Friends keep vigil at his nearby grave where lights, flowers and balloons have been placed.

Neighbors were visibly relieved with word arrests had been made.

"Good, they finally caught them [expletives]," one man said.

Their movements in a silver Acura SUV with Delaware tags were allegedly tracked by surveillance.

Prosecutors wouldn't single out who pulled the trigger or disclose why they believe Ny'Ques was targeted.

As many as three witnesses placed the four suspects at the scene.

"The last words she heard him say was, 'Why?' and I can't get that out of my head," grandmother Rosalyn Davis said.

All four suspects are being held without bond at the jail in Delaware County.