NORRISTOWN, Pa. (CBS) -- A Thanksgiving dinner turned tragic inside a Norristown home. Police say a man was shot and killed by a stray bullet that pierced through a window.

Police say the man killed had nothing to do with the shooting. They say Edilberto Miguel Palaez Moctezuma was eating Thanksgiving dinner with his family.

A stray bullet hit and killed a 25-year-old man eating Thanksgiving dinner with his family in Norristown on the 1100 block of Arch Street.

"Sitting in there, you know, with your family for Thanksgiving and you would never expect for anything like that," Holmes said.

Family told police a bullet went through the window and hit Palaez Moctezuma at the table.

People who live nearby say they heard the loud, rapid shots.

Others say they saw a family member wave paramedics over for help.

"She was crying and saying, 'He's in here, he is in here. Please help.' And I see paramedics rush in there," Holmes said.

Police say they are searching for this man, 19-year-old Kevon Clarke, who they say is armed and dangerous. 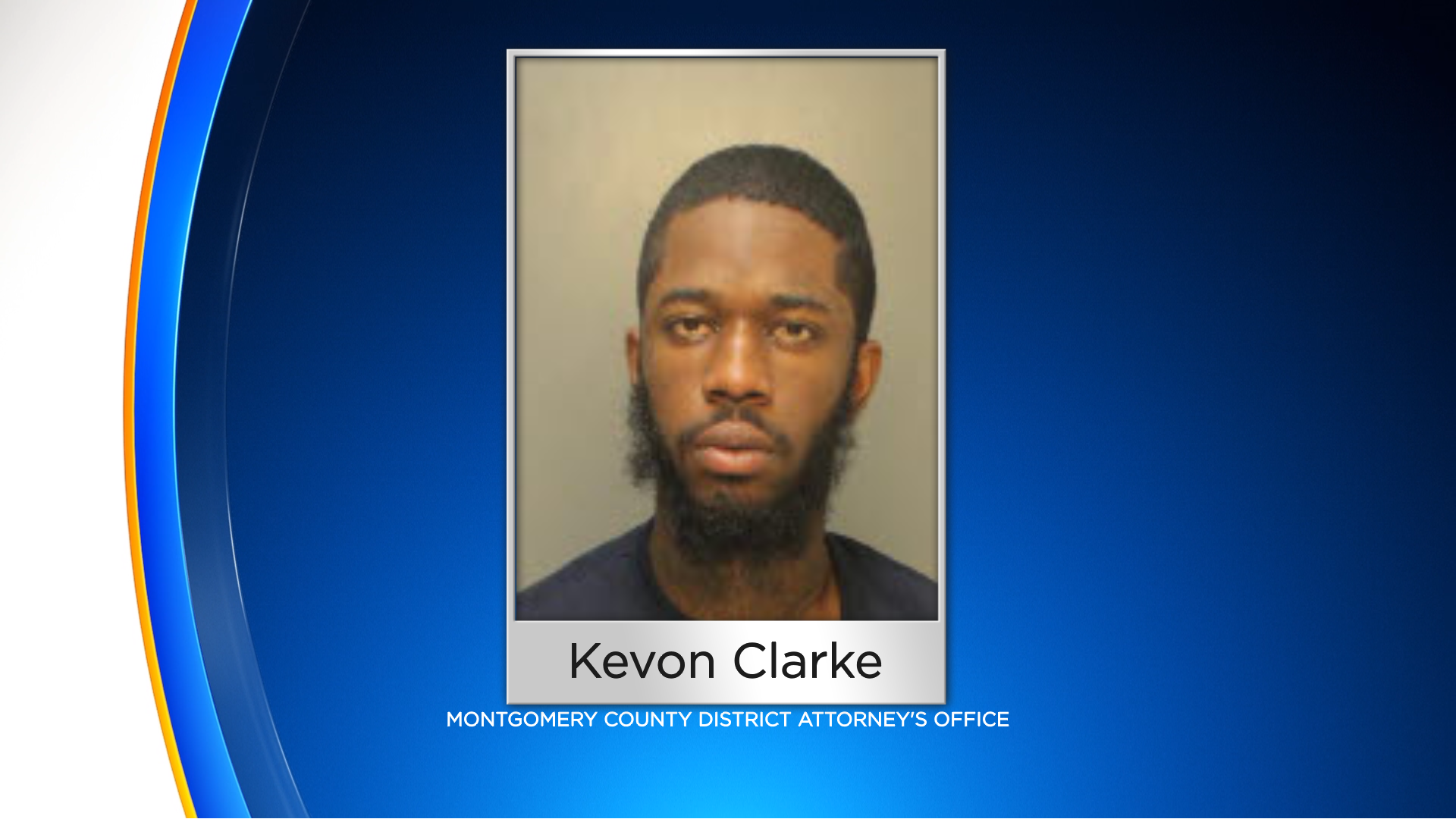 Police say the shooting stemmed from a dispute that happened at a Thanksgiving dinner party on the 100 block of Haws Avenue earlier Thursday.

At the party, Clarke and his girlfriend, Jacqueline Brown, and two other individuals were asked to leave, according to police. Following their exit, people at the house discovered that alcohol was missing.

Brown was later notified about the theft from her cousin, who was at the party, and arrangements were made to return the stolen alcohol.

As the cousin was parked and waited for Clarke to come outside with the alcohol at his home on Basin Street, he brandished a gun, which led to her quickly driving off. She heard multiple gunshots as she drove away, police say.

Investigators later found seven projectiles in the area of Basin and Arch Streets, including one live round. According to their investigation, they determined the bullet that killed Palaez Moctezuma came from Clarke's shooting location using two different surveillance videos and analysis of the bullet hole in the window. Two other male suspects were seen on the video, police say.

"Mr. Palaez Moctezuma was murdered while eating Thanksgiving dinner inside his home, and to be clear, he and his family were not involved in the dispute between Clarke and others," District Attorney Kevin R. Steele said. "This is the second innocent bystander killed this year by a senseless dispute that turned to gun violence by someone who is not even legally able to own a gun. We hold the people involved in this kind of violence accountable here in Montgomery County. We will find this shooter and the others involved in this killing and seek justice for the murder of an innocent man, who wasn't safe even in the confines of his own home."

"It don't make no sense. You have kids that play and stuff and it's out of control and something need to be done," a woman said.

"It was terrifying. I feel sorry for that family," Holmes said.

Clarke is wanted for first-degree murder and other charges. Anyone who sees him is asked to call police.