NORRISTOWN, Pa. (CBS) -- Norristown's police chief is speaking out about a violent arrest that was captured on video. The information is preliminary so far, but the police chief walked through step-by-step what happened. 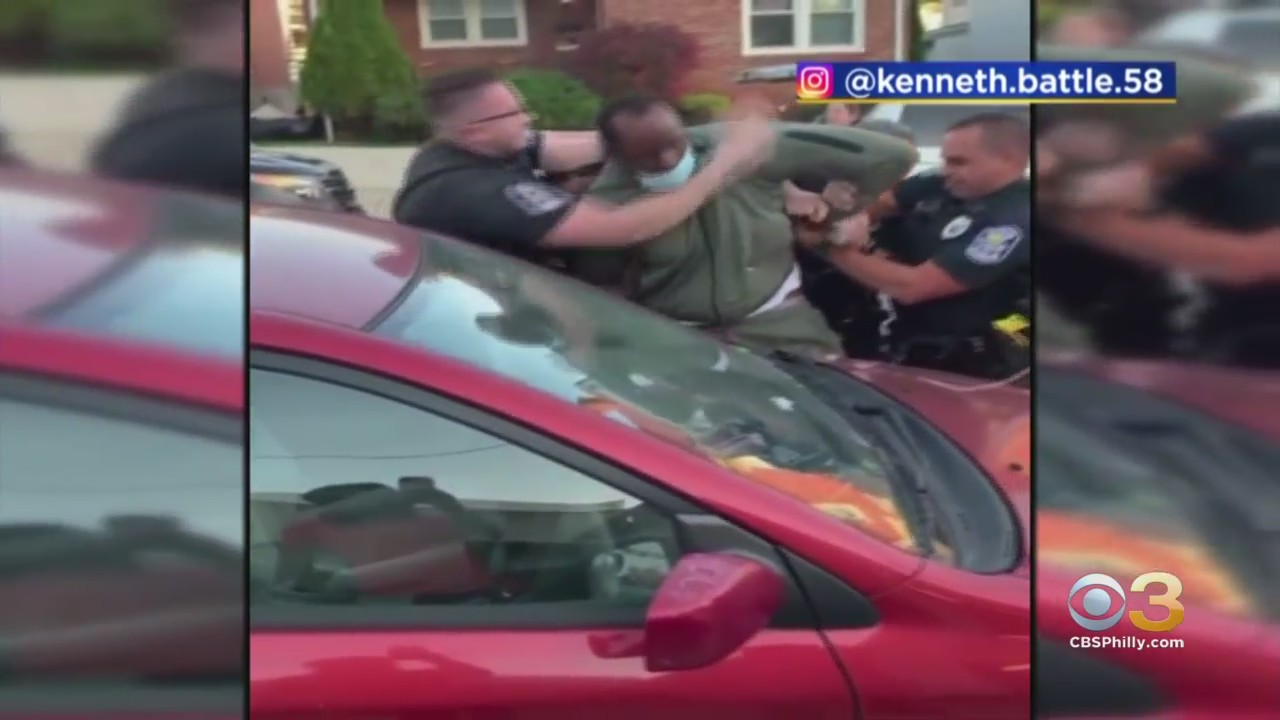 Officials say police tried to take Malcolm Coleman into custody, and tried to tase him, which was ineffective.

Norristown Police Chief Mark Talbot says officers did not threaten or use deadly force, and the suspect was not struck at any point when he was in handcuffs.

Video of an arrest by Norristown police on Friday has sown deep concern in the community.

On Monday afternoon, Talbot called a news conference to outline details of the incident and the video making rounds on social media. He says the video shows only a snapshot of the chaotic struggle.

Investigators say Philadelphia police labeled him armed and dangerous after they allege he shot his cousin in the stomach several months ago.

The chief says Officer Gallagher advised Coleman he would be placed under arrest.

"While he was backing away, he was reported to be reaching for his waistband. Mr. Coleman said to officers on several occasions, 'I'm not going back to jail,'" Talbot said. "When Mr. Coleman was originally struck by a taser, he fell to the ground. Officers were not able to keep him on the ground for very long."

The video shows Gallagher striking Coleman twice in the head before officers were able to handcuff him.

"He was not armed, he did have contraband on his person," Talbot said.

Norristown police are promising an exhaustive review of police body camera footage, other recordings and eyewitness interviews in determining if the level of force used during the arrest meets with department standards.

Officials labeled the ongoing review only a personnel matter.

"There's no need for the district attorney to look at this. It is not a criminal offense by any stretch of the imagination," Talbot said.

Gallagher has been placed on administrative leave pending the outcome of the internal affairs investigation. Talbot added that the officer and his family have been the subject of threats of physical violence since the video hit social media.

Police: 2 Teens Hospitalized After Being Shot At Basketball Court In Northeast Philadelphia