PHILADELPHIA (CBS) -- Philadelphia authorities provided updates Tuesday on several major investigations. They are asking for the public's help to track down suspects in a number of unsolved cases.

The city is seven homicides short of where we were this time last year. Five of them happened this past weekend.

Police held a press conference Tuesday afternoon to talk about the investigation and some of the suspects that remain at large.

Surveillance video was released from Jan. 24 near Broad Street and Allegheny Avenue, where Hyram Hill, the son of an active duty Philadelphia police officer, was killed in a brazen shooting.

Hill's mother, Edwenna Ferguson, can't bring herself to watch this newly-released surveillance video of her son's killers but she's hoping others will, so someone out there can help her get justice for her son. 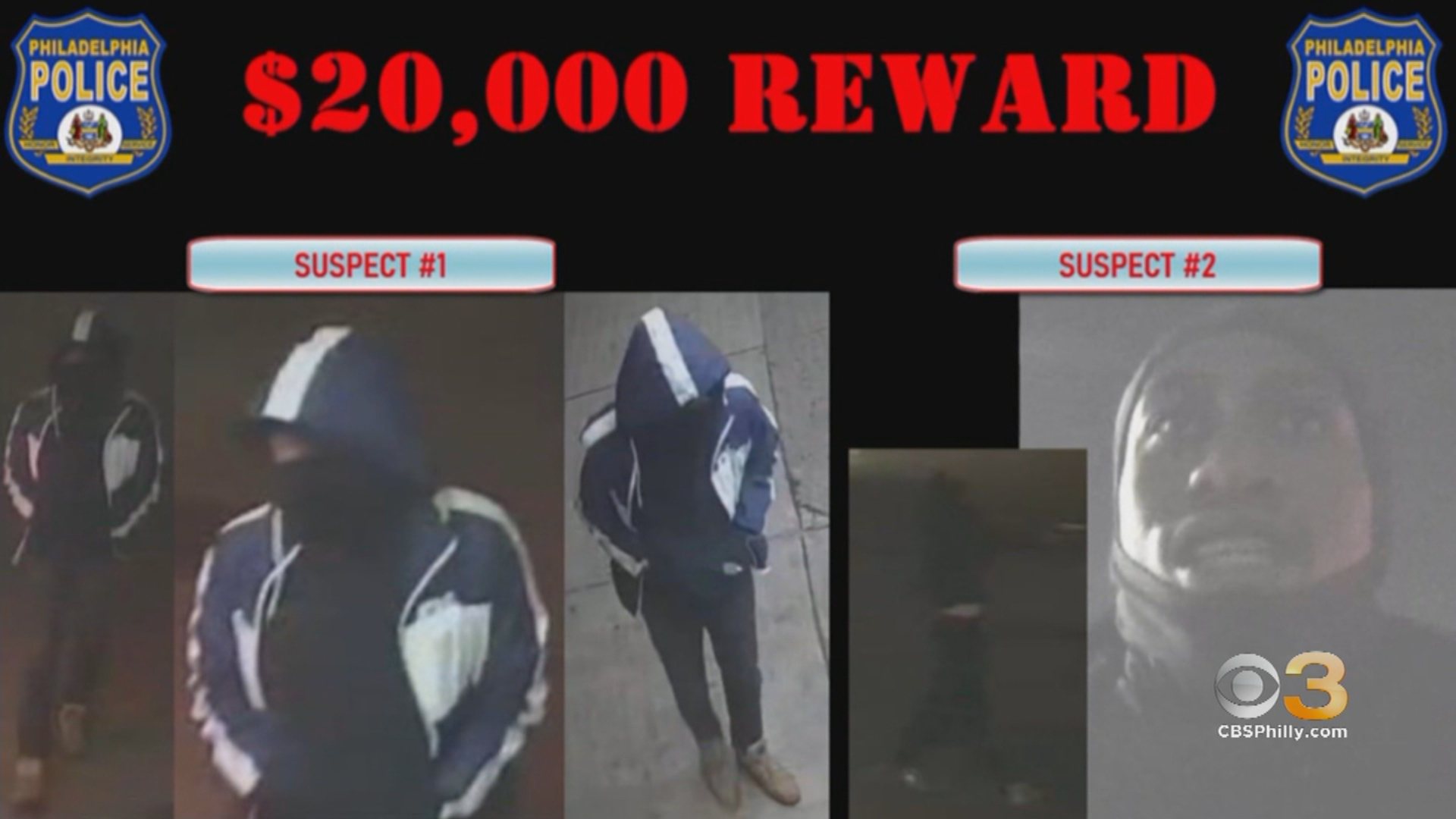 Nearly three months after Hill was gunned down, Philadelphia police released surveillance video of the moments leading up to his homicide.

Hill's mother hopes it will lead to the capture and conviction of her son's killers.

"I pray that somebody can watch this video and recognize who they are, who he is," Ferguson said.

In the video, viewers will see the two main suspects. The first is wearing a blue hooded jacket with white stripes and walking with a noticeable limp. Officers say he was the first to fire at Hill, shooting the 24 year-old through his jacket pocket in what police suspect was an attempted robbery.

"I haven't seen the video and don't plan on watching the video, it was hard, " Ferguson said. "It's hard to watch a video or picture of my son's killer."

When Hill tried getting away from the first gunman, officers say he ran into the second suspect, who also shot Hill and left him to die in the street.

Police later realized this was the same suspect they had interviewed about a domestic incident just 15 minutes before Hill was killed.

Hill's mother is begging anyone with information to come forward, and help bring justice for her son.

"I pray that somebody can watch this video and recognize who they are, who he is," Ferguson said. "I'm praying, maybe a family member if you're his mother or his aunt or his grandmother, hopefully, you know, you have a heart and you know you didn't raise this child to be this way. Just make a phone call, this is just that simple."

Police say the suspects both fled in a silver Kia Forte that was reported stolen two days prior.

Police are offering a $20,000 reward for information leading to an arrest and conviction of the two suspects responsible in that case.

The Philadelphia Fraternal Order of Police Lodge 5 is also offering a $10,000 reward for any information leading to the arrest of the gunman wanted in the case.